Sunshine Coast homeowner discovers a pool underneath his front yard

A first-time buyer settling into his new house was shocked to learn the property came with a secret pool – but it had been buried right underneath his front yard.

Sam Letchford moved into the home in Marcoola in Queensland’s Sunshine Coast in March and was doing some landscaping in his yard last weekend when he suddenly found the edges of an underground pool.

The 25-year-old had noticed concrete patches in the grass which led to a pathway towards the pool, despite his real estate agent never mentioning the hidden feature.

Sam Letchford said he had no idea there was a pool underneath the yard when he bought the home in March (pictured, jumping into his new garden feature) 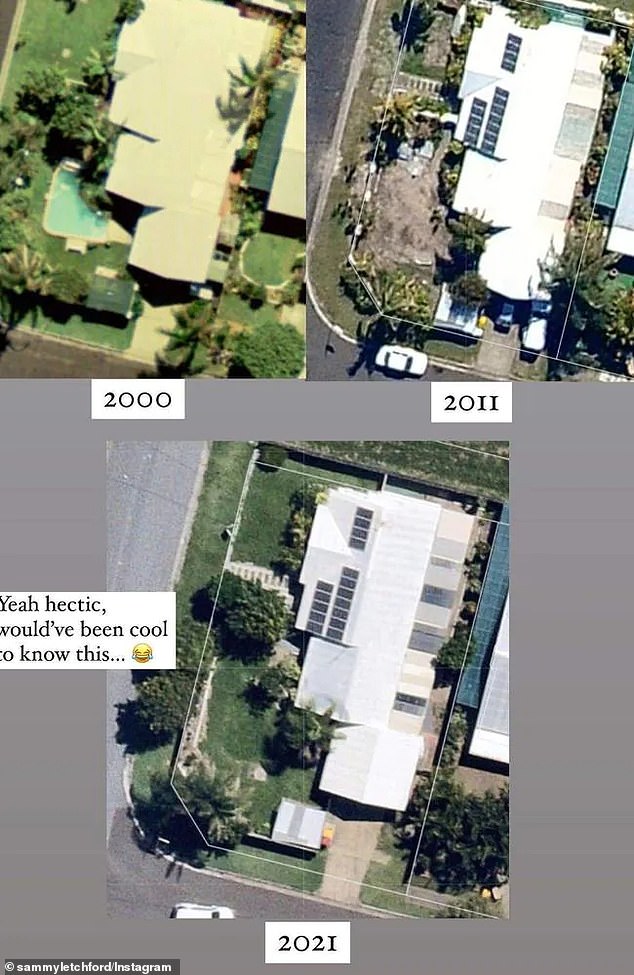 Mr Letchford decided to do some research and discovered the pool was in full use in 2000 but was filled in around ten years later.

‘The guy across the road was digging out his own pool and then the previous owner of this place wanted to fill his so it happened like that,’ he told Daily Mail Australia.

‘Initially it was a bit of a shock! But it was kinda funny too because I was with my mate at the time and we were like ”what the f**k”.

‘It would have been great to know before hand, but with the market how it is, it’s so hard for first home owners to get into the market anyway. So I think I still would have bought it even if I did know.’

He eventually called in a team of tradies with a bulldozer revealing the complete shell of the pool underneath. 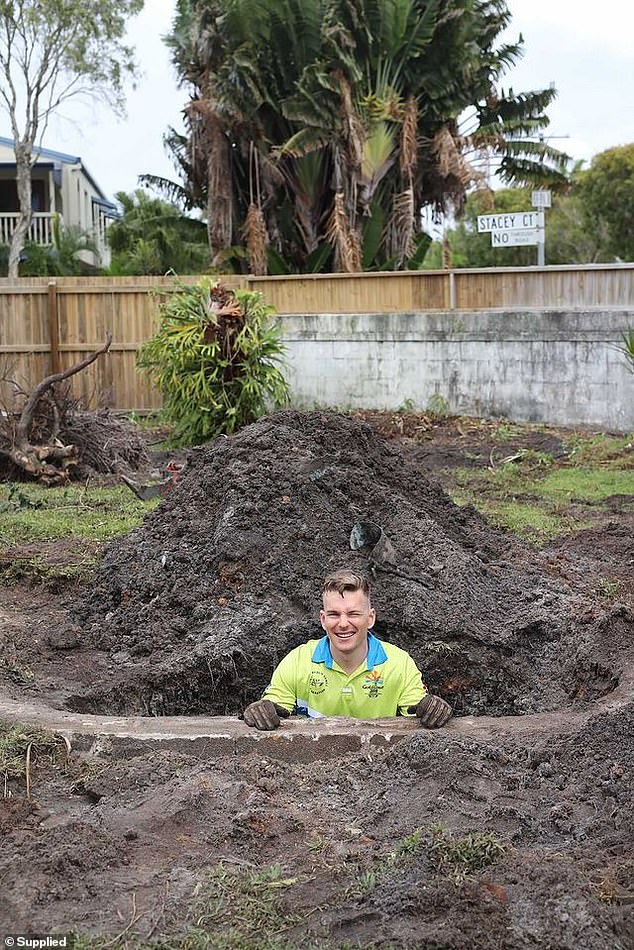 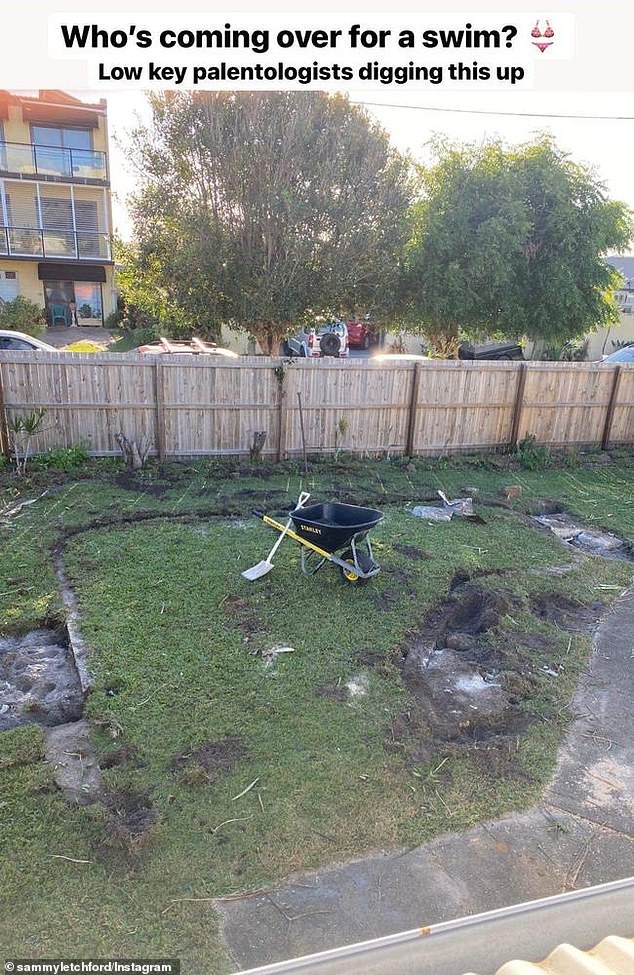 Aerial shots of the home in its past life show the swimming pool in full swing just outside the front of the house.

While admitting the hidden feature to his new home was ‘annoying’, he was able to see the funny side of the bizarre discovery and said he’d even considered turning it into a skate bowl.

But Mr Letchford says he has no plans to throw a pool party anytime soon and will instead try to remove the chunks of concrete and restore his lawn.

‘My money should probably goes towards a new kitchen,’ he said. 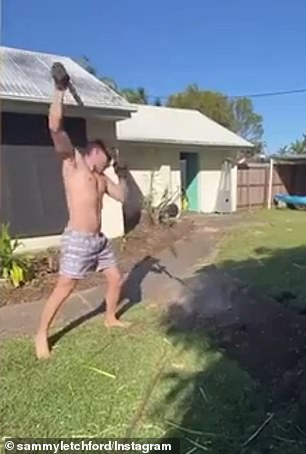 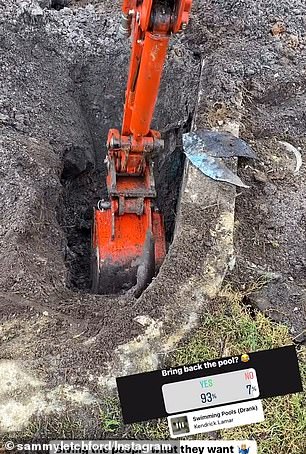