A mother facing drug charges drove to court high on methamphetamine and threw more drugs in a garden on her way in.

The Sunshine Coast woman continued into the court and was sentenced to six months in prison.

A security guard who retrieved the container found Xanax and five marijuana seeds inside.

When questioned, Ms Greenham said the tin belonged to a friend who came to court with her.

Ms Greenham told officers she drove to court and following a drug analysis, she tested positive to methamphetamine.

On Wednesday, she pleaded guilty to two counts of drug driving and three counts of possessing dangerous drugs in Maroochydore Magistrates court.

Lawyer Rosie Killip told the court Ms Greenham had a ‘troubled upbringing’ because both her parents were drug dealers.

But Magistrate Maxine Baldwin said it was time for Greenham to ‘face the music.’

She was sentenced to four months in prison suspended for 18 months and disqualified from driving for six months. 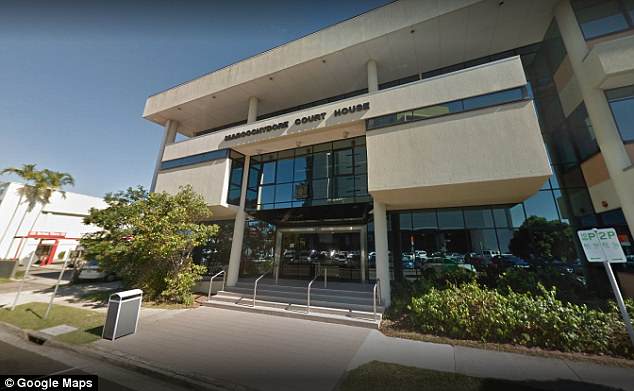