A man and woman found dead in a Sunshine Coast backyard are believed to have been virtual strangers who met online before ‘carefully’ planning a murder-suicide pact.

Sonja Kovacevic, 48, and Barry Houston, 52, were found dead with gunshot wounds at a Teal Street home, in Caloundra West, about 6.30pm on Monday after police were called to the property to conduct a welfare check.

It is understood Ms Kovacevic, a local, and Mr Houston, from Brown Plains south of Brisbane, connected on social media before meeting up with the intention of taking their own lives, the Courier Mail reports.

Ms Kovacevic phoned police prior to the incident, telling officers she planned to take her own life. It is understood the pair were killed with a high-powered rifle.

The unusual case has baffled seasoned detectives who described it as the most bizarre crime scene they had witnessed in 30 years.

Detective Acting Inspector John Mahony said police were working to establish how long the pair had been communicating through analysis of their digital devices.

‘Investigations thus far suggest the 52-year-old male person has ended the life of the 48-year-old woman and then a very short time later has ended his own life,’ Inspector Mahony said.

Police said the deaths were so meticulously planned the incident seemed ‘clinical’, with evidence showing items had been packed into boxes before the shootings.

It is understood Ms Kovacevic, who was involved in a Family Court matter at the time of her death, was known to police for non-criminal matters.

Neighbours said Ms Kovacevic had appeared melancholy in recent weeks, with one residents saying she hoped the woman was now in a ‘better place’ and sending condolences to her family.

Other residents said they were shocked by the tragedy in their typically-quiet suburb after hearing loud bangs ring out on Monday night.

The tragedy comes just weeks after the suspected murder-suicide deaths of a mother and two children in Perth. 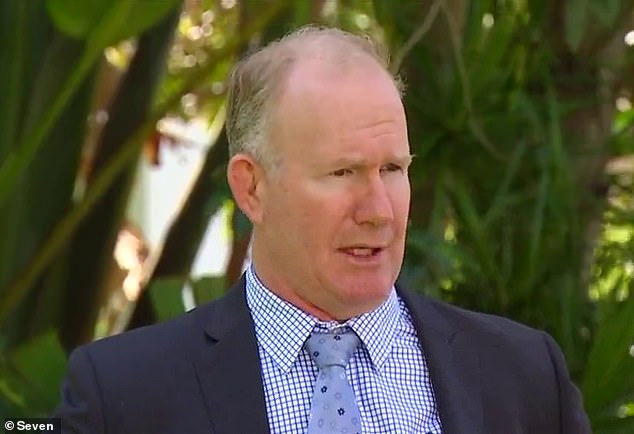 Abiyah, 10, and Aiden Selvan, eight, died in a car fire alongside their mother Selvamma Doreswamy, 40, at John Graham Reserve, Coogee, on March 14.

The deaths of the ‘normal’, ‘happy’ family rocked the tight-knit community of Canning Vale, in the city’s south, where a memorial has emerged outside the children’s school, Providence Christian College.

The children’s father Selvan Govindhan Vairavan received the heartbreaking news on the first day of a US trip to visit a sick relative.

He has since returned home as he prepares to farewell his wife and two young children.