The teenager who shot to fame during this year’s Super Bowl after taking a selfie with Justin Timberlake during the pop star’s performance has continued to live his best life, his Instagram account shows.

Ryan Mckenna, better known as the ‘Selfie Kid’ has amassed an impressive collection of selfies with the rich and famous since the February night that saw him gain notoriety overnight.

The 13-year-old said shortly after the Super Bowl that his phone had ‘exploded’ with messages and phone calls and he had gained more than 8,000 followers on social media overnight.

But appearances on Good Morning America and the Ellen DeGeneres show last month weren’t the last we saw of Ryan.

He now has more than 234,000 followers on Instagram and even his own website, where he posts his latest selfies with celebrities who are now his fans.

The lucky teen, from Massachusetts, even go to go to the iHeart Radio awards on March 10 and has been posting pics with stars such as Iggy Azalea, Paris Hilton and Sarah Hyland ever since. 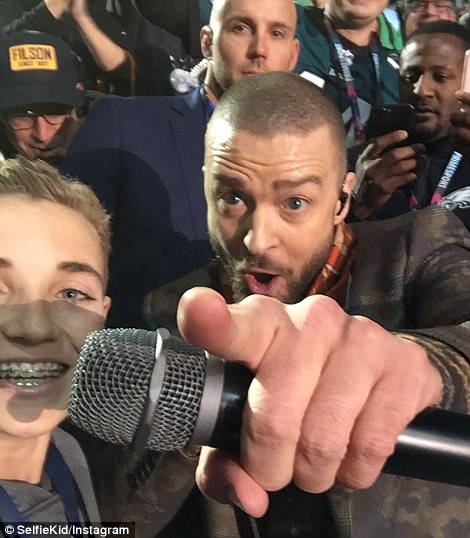 Where it all began: Ryan Mckenna, 13, shot to fame after taking a selfie with Justin Timberkale during his SuperBowl performance last February 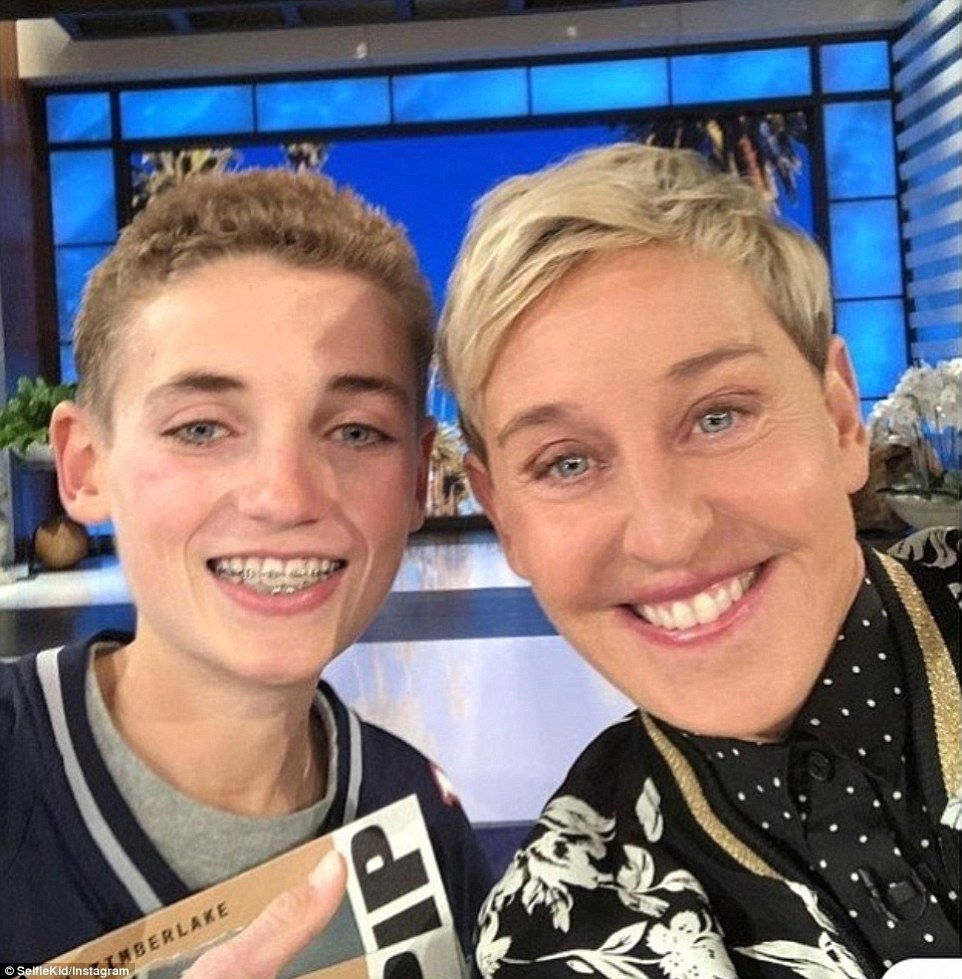 Chilling with Ellen: In his first sit-down interview on the Ellen DeGeneres show, the teenager received a call from Justin Timberlake. This was the second of many selfies with celebrities 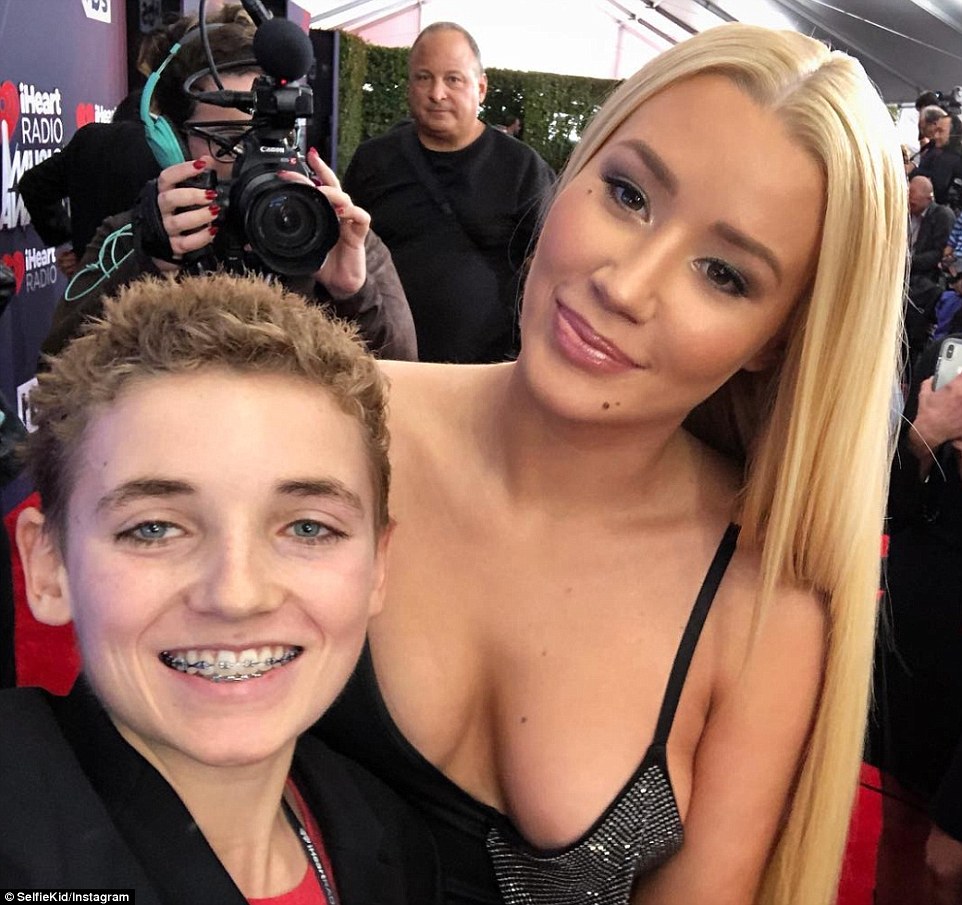 First things first he’s the realest: The ‘Selfie Kid’ got to meet Australian rapper Iggy Azalea at the 2018 iHeart Radio Awards in Los Angeles on March 10 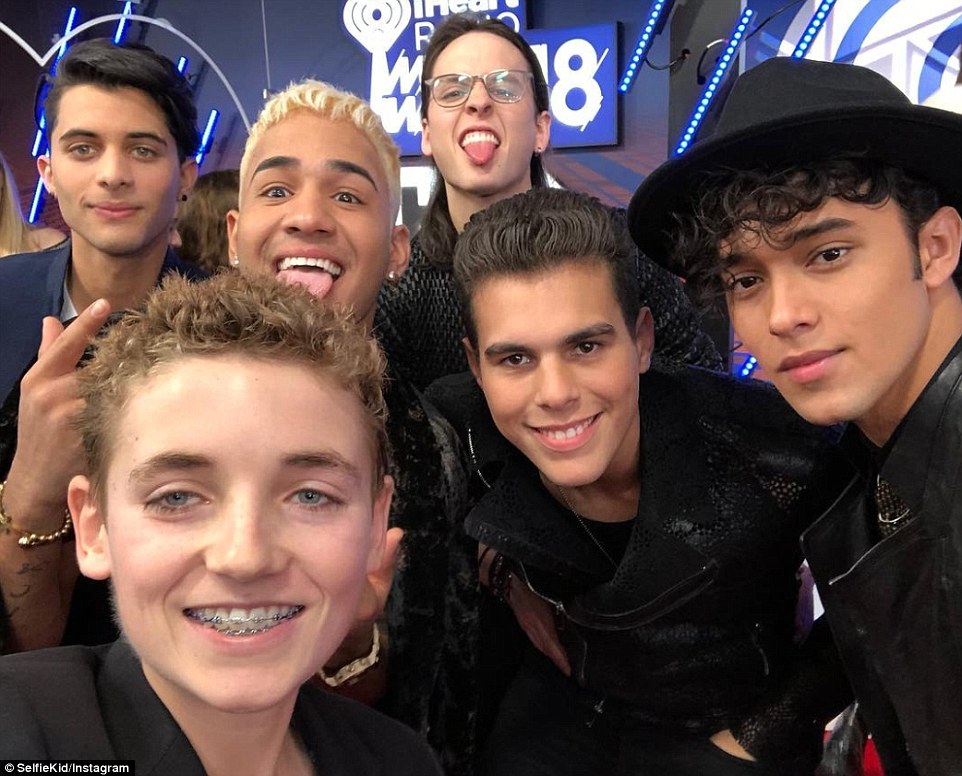 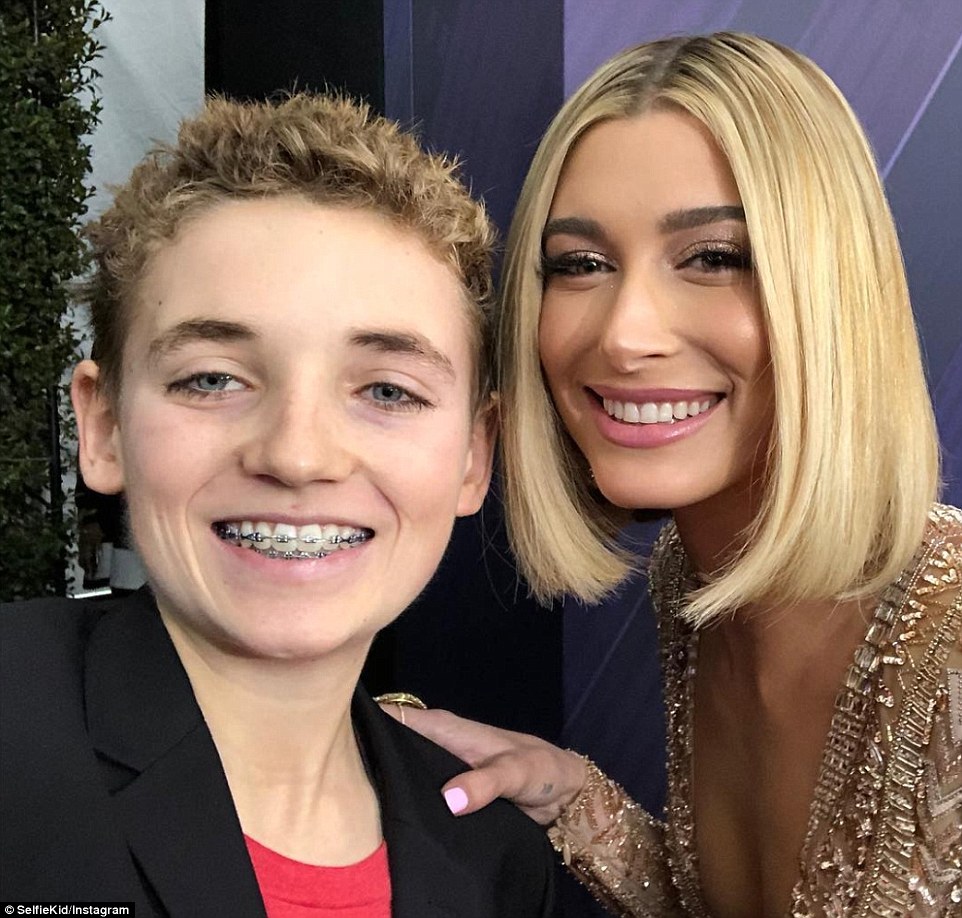 Always in good company: ‘It was amazing meeting you,’ Ryan wrote alongside this selfie with model Hailey Baldwin 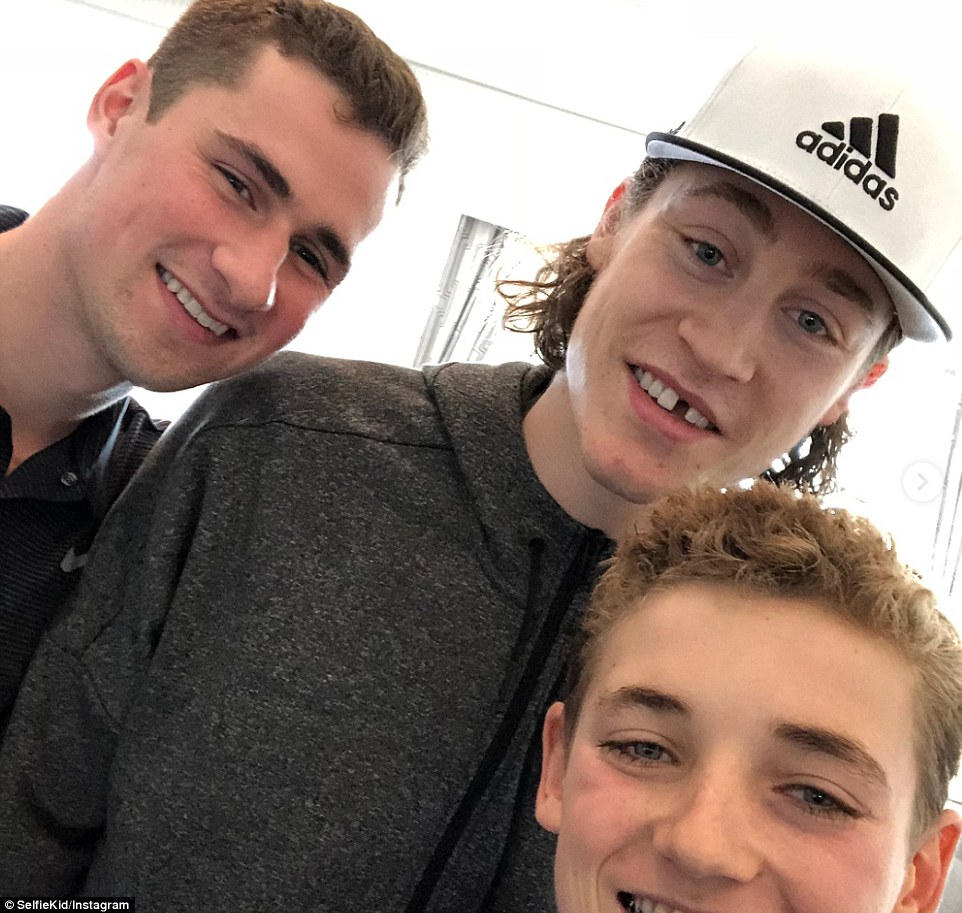 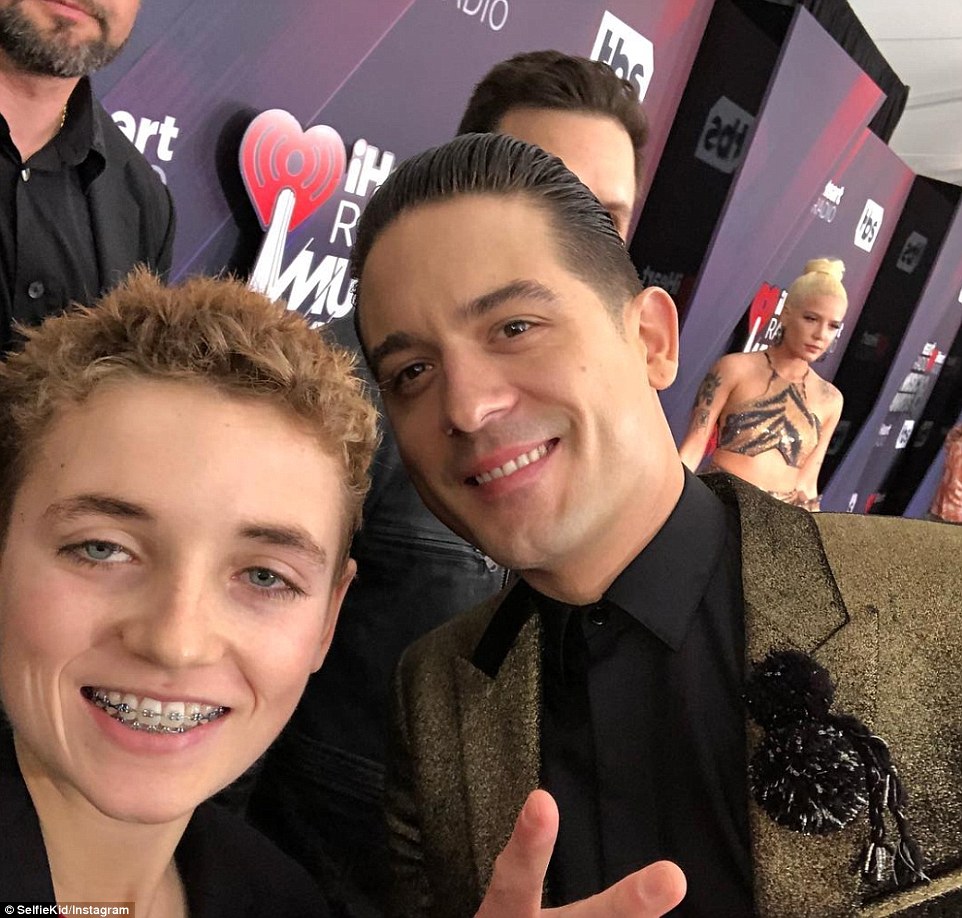 No limit: Rapper G-Eazy stopped to flash a peace sign and take a selfie with Ryan at the iHeart Radio Awards 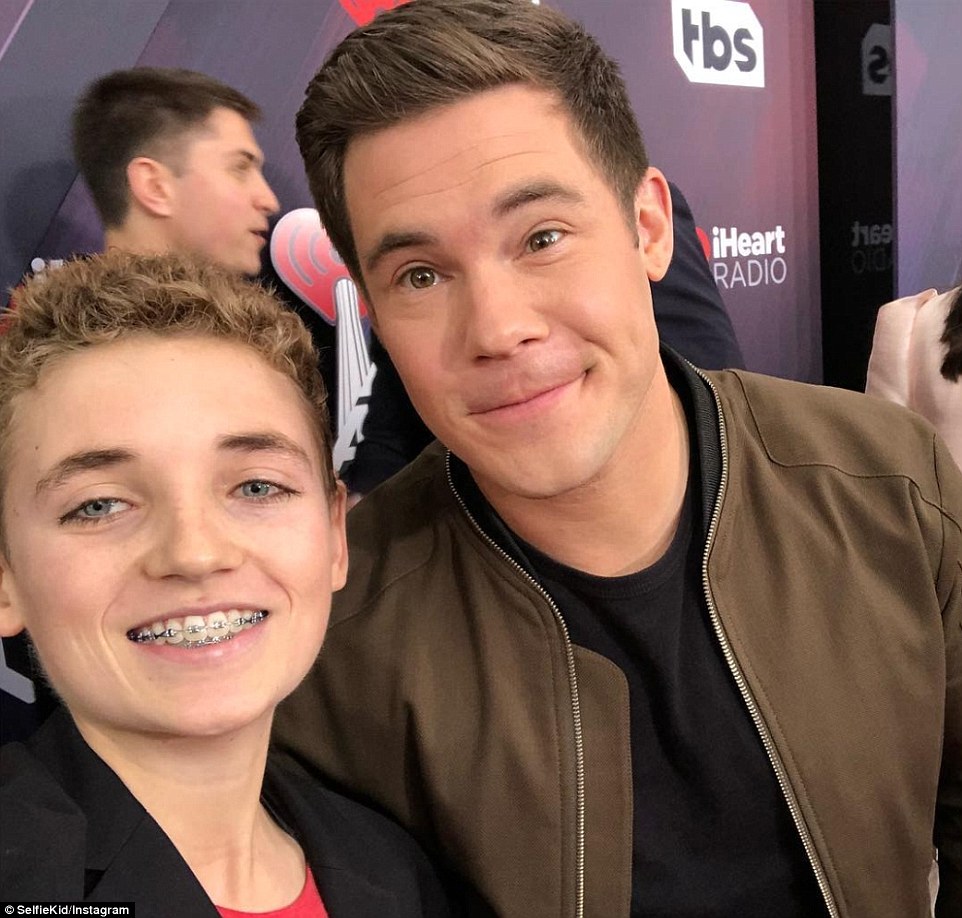 A kid with connections: Ryan called Workaholics star Adam Devine ‘hilarious’ after posing for a selfie with the funnyman 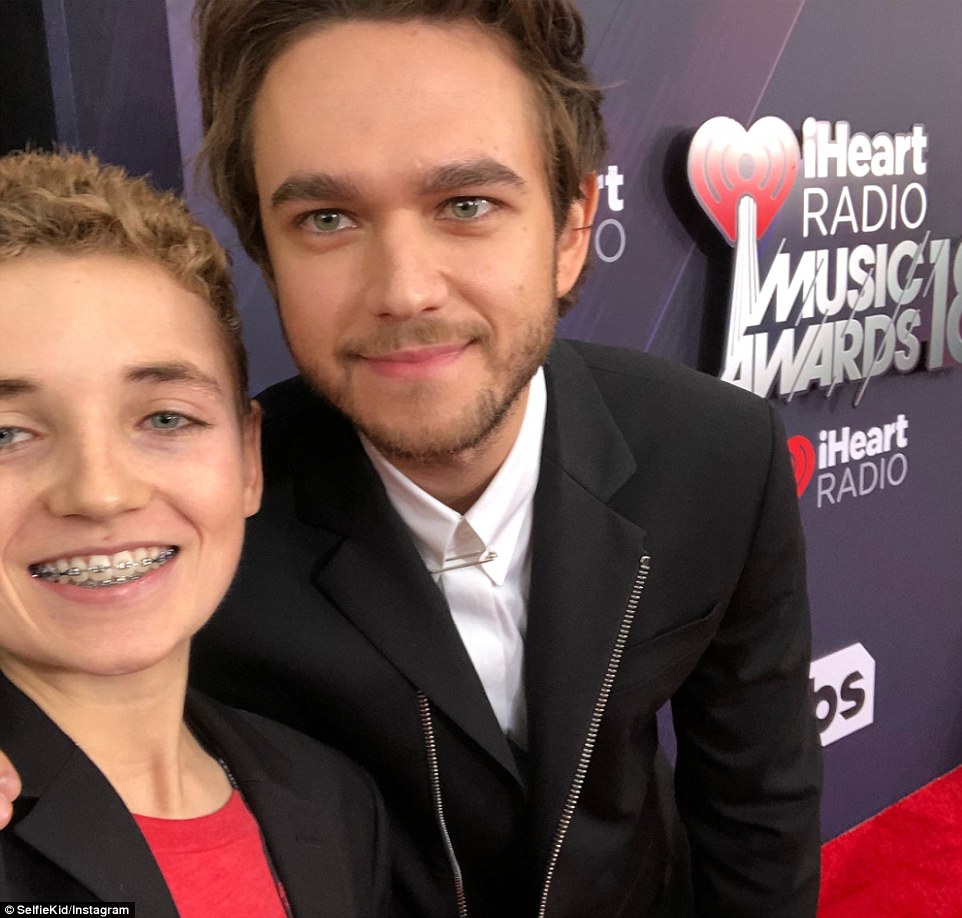 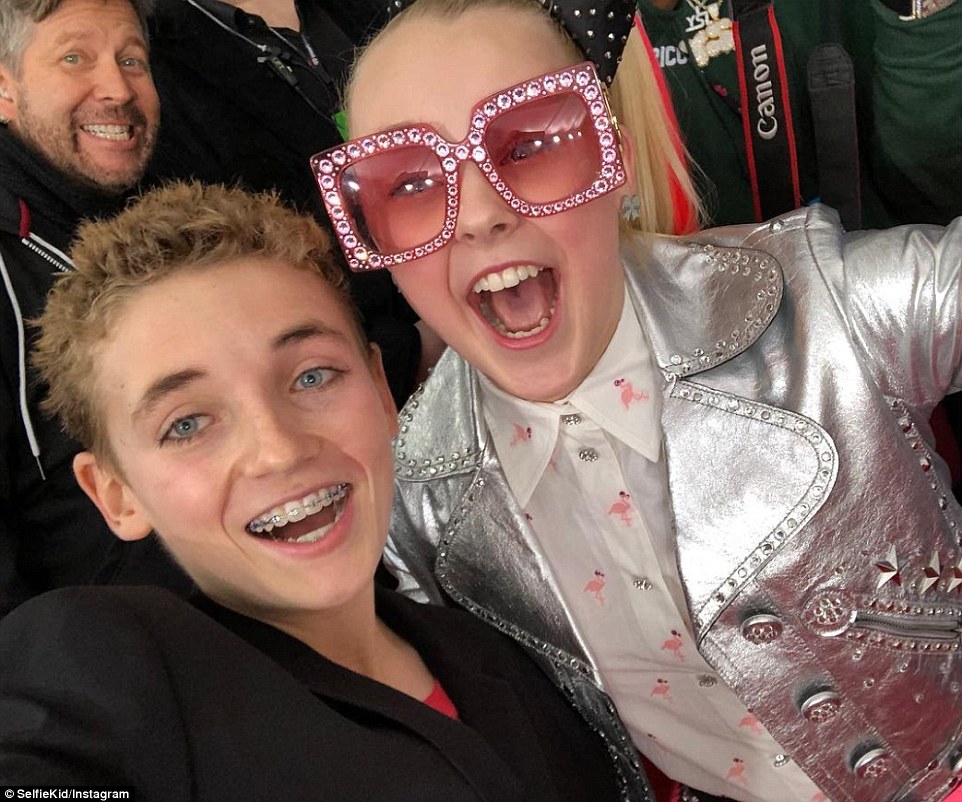 Getting his fans engaged: Ryan said YouTube star JoJo Siwa is ‘awesome!!!’ and dared his followers to try to spell out their favorite celebrities’ names letter by letter, without getting interrupted, in the picture’s comments 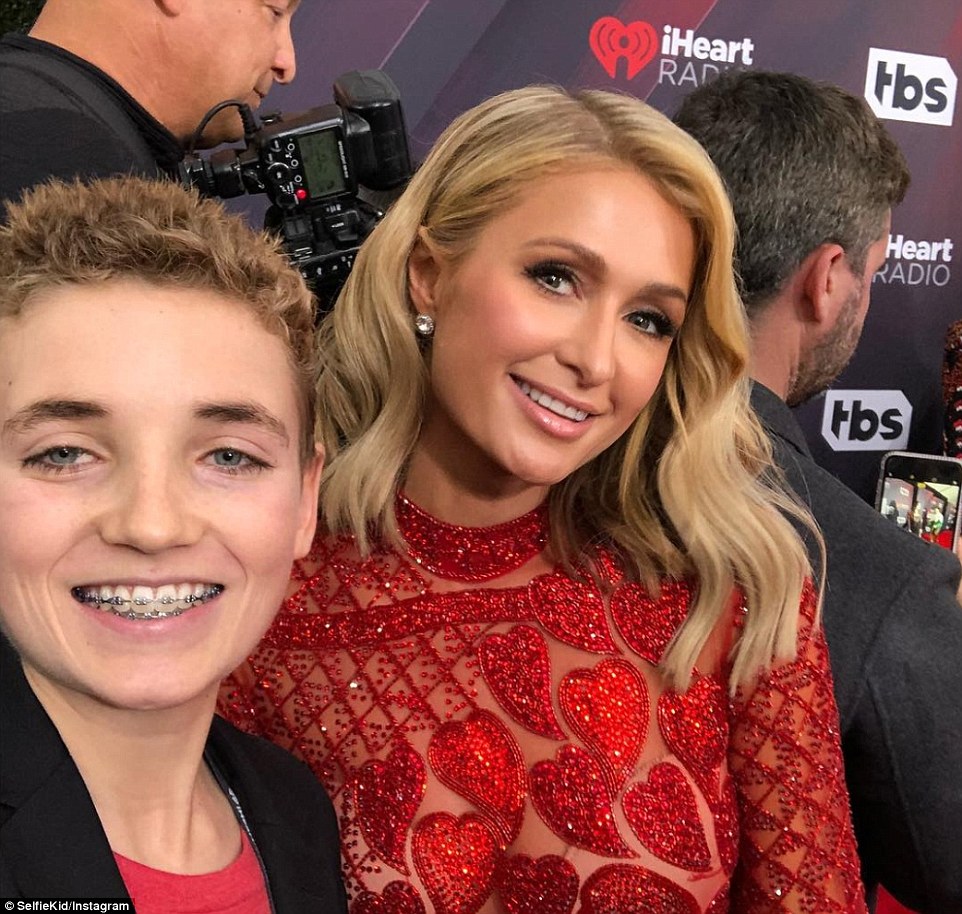 That’s hot: Heiress, model and DJ Paris Hilton showed of her glittery red dress in a selfie with the lucky teenager 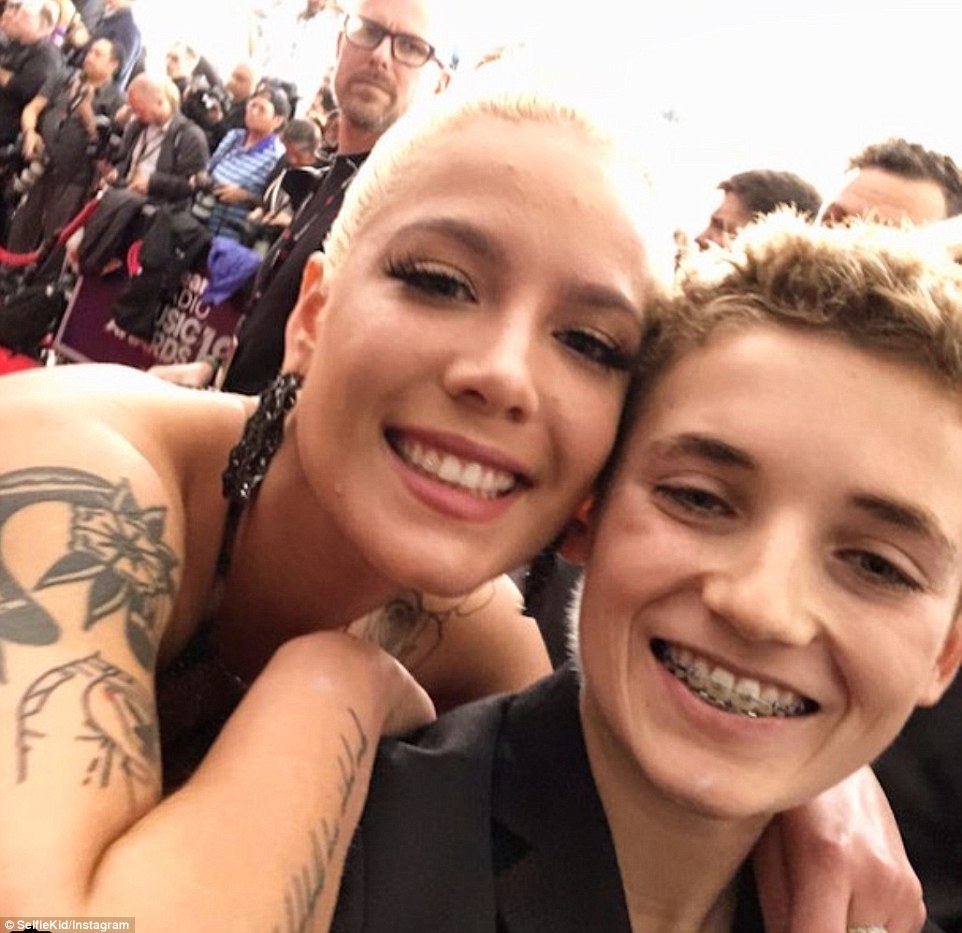 Feelin’ the love: Singer Halsey showed Ryan some love as she posed for a selfie with him at the music awards 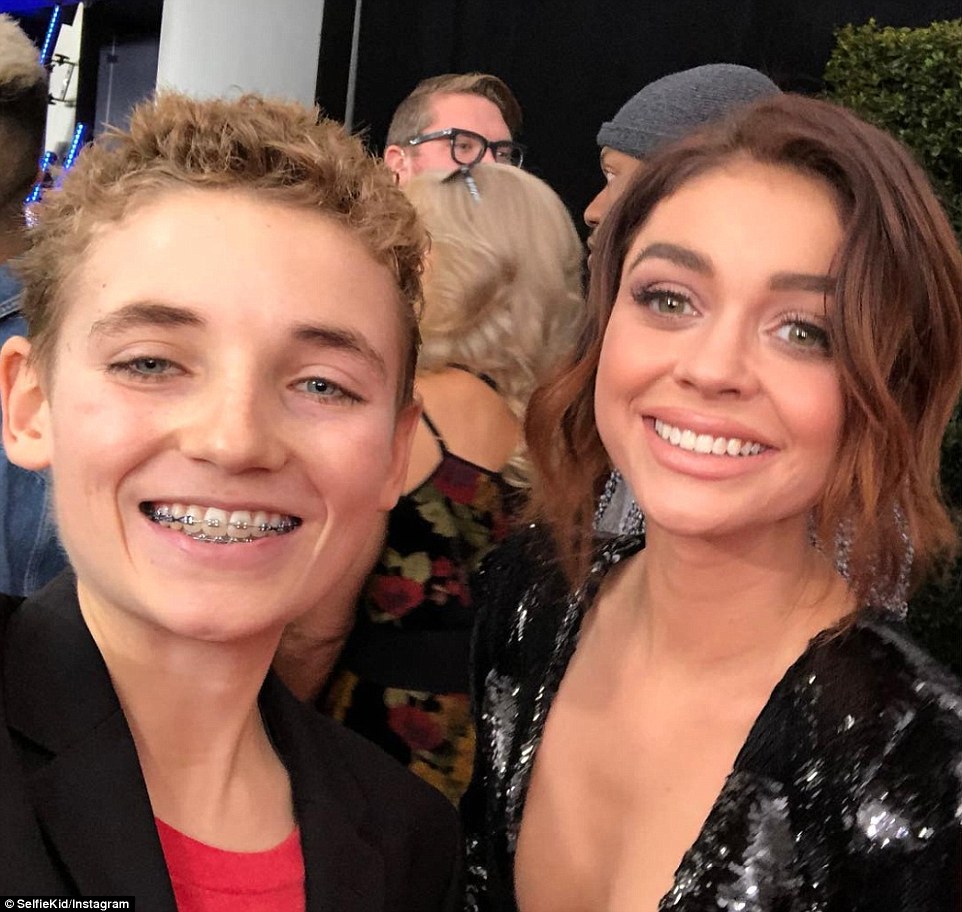 Two peas in a pod: ‘COMMENT your favorite character from Modern Family,’ Ryan wrote alongside his pic with Sarah Hyland 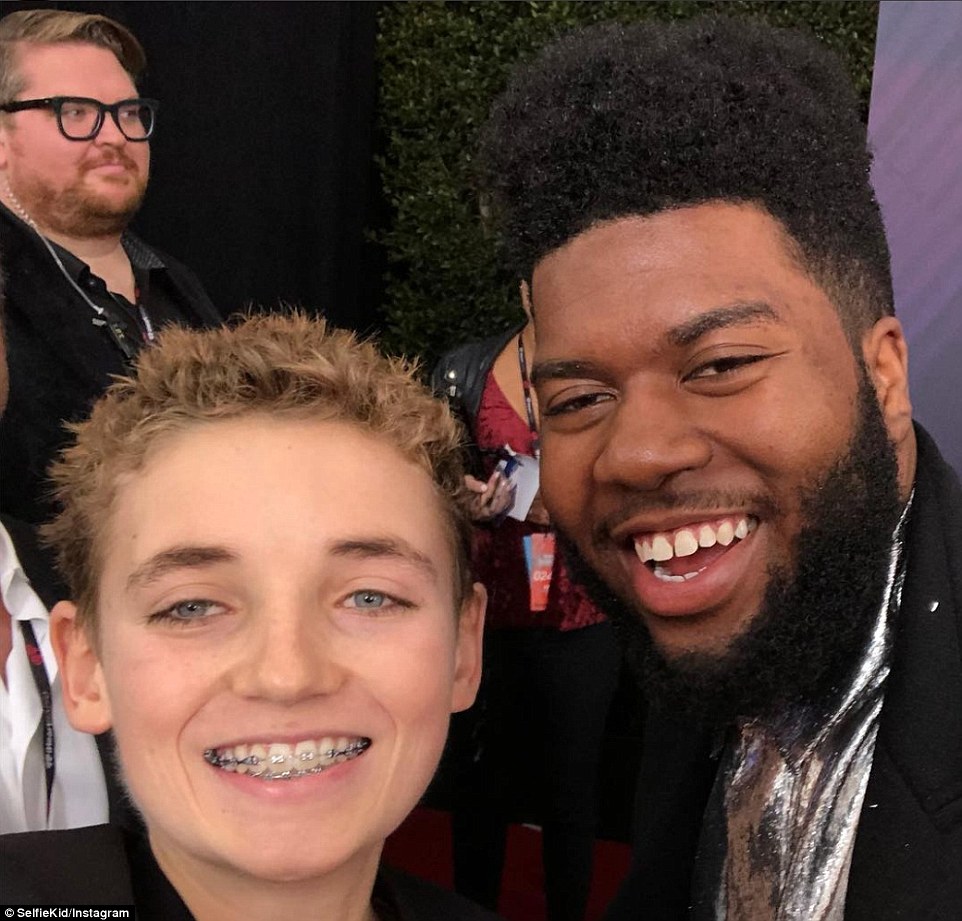 Working on his fame: Ryan asked his Instagram followers to tag singer Khalid three times under this post 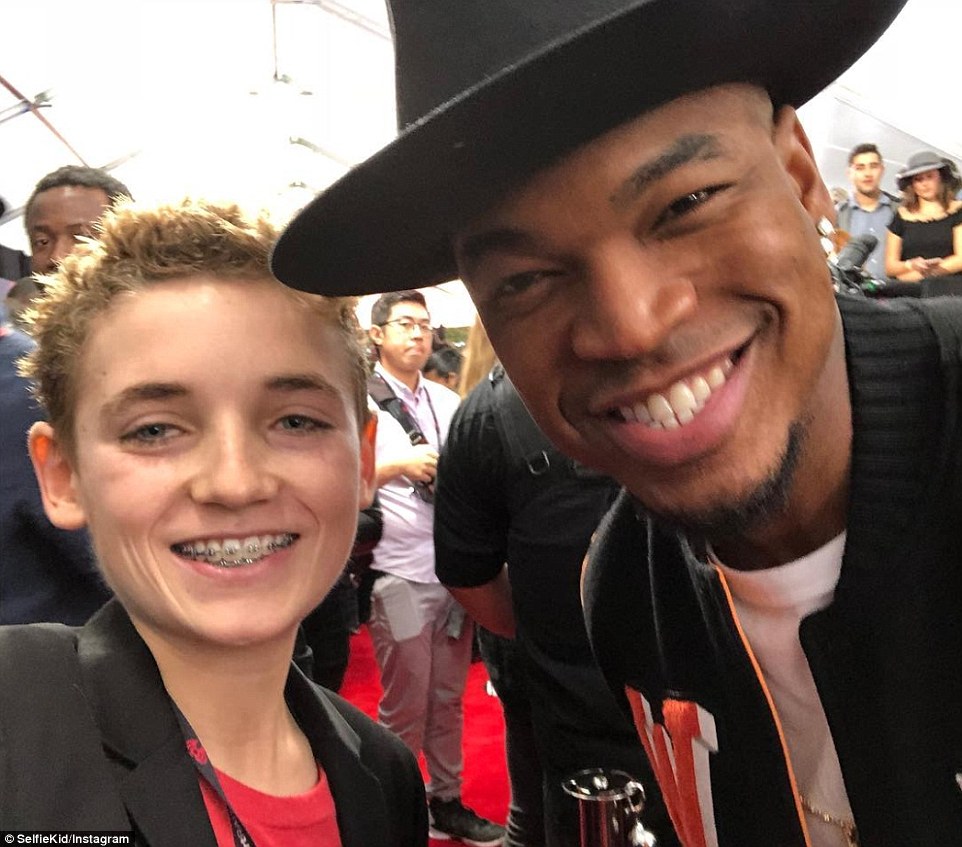 Swag: The Selfie Kid once again lived up to his claim to fame with this selfie with talented singer Ne-Yo 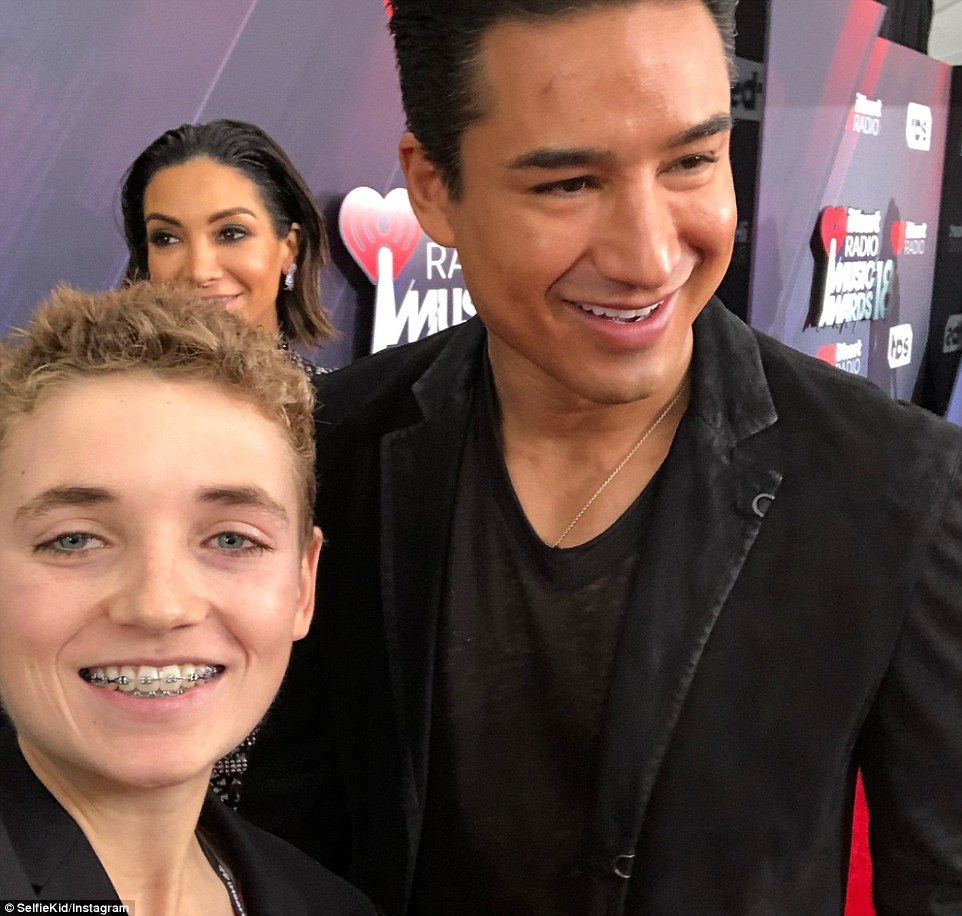 From a different angle: In this pic with Spanish actress Nathalia Ramos, Ryan’s method for selfies is on full-display