Anna Wintour arrives at US Open for Day Two

New York will be home to even more of the A-list than usual this fortnight, as stars flock to the Big Apple for the US Open.

And undoubtedly leading the pack each day will be tennis fanatic Anna Wintour.

The Vogue editor, who is more commonly seen sitting front row at fashion shows, has been an avid attendee of the Open thus far, and is said to proudly cheer for Switzerland’s Roger Federer, who she counts as a close friend.

The fashion savant, 68, is also rumored to play the sport herself, getting up at 5am each day to fit a game in before heading to work.

Wintour dazzled in a patterned maxi-dress for day two at the Arthur Ashe stadium in Queens, and was seated right behind Federer’s wife, Mirka, and in front of Hugh Jackman, who was sitting with wife Deborra-lee Furness. 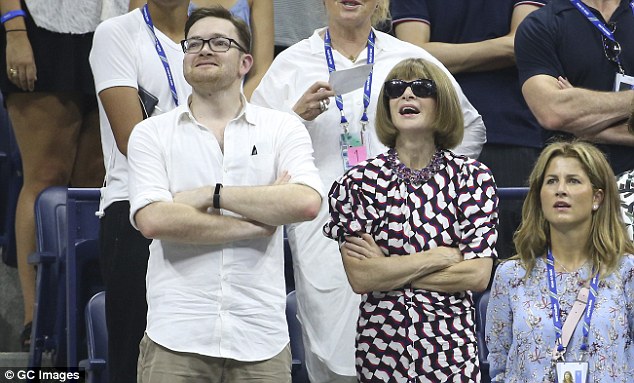 The 68-year-old editor of Vogue is a tennis fanatic, and a huge fan of Swiss great Roger Federer 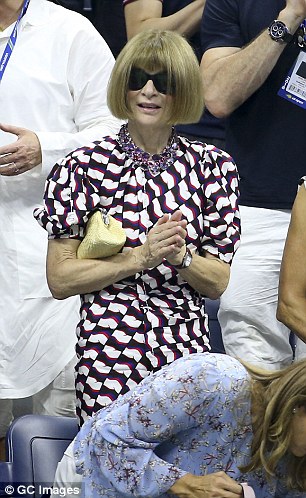 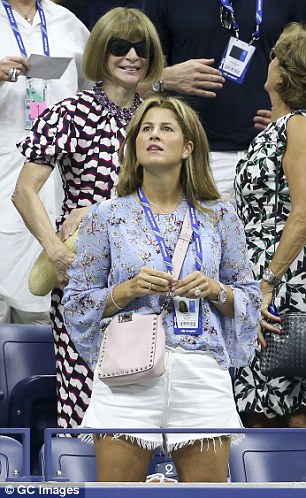 Wintour was seen sitting directly behind Mirka Federer, Roger’s wife. Mirka is an accomplished tennis player in her own right, but is now focused on raising the four children she shares with Roger

Mirka, an accomplished tennis player in her own right, was seen watching attentively in the stands, as her husband breezed through his first match, taking him through to the next round.

The mother-of-four looked relaxed in the stands, dressed in denim shorts and a floral blouse.

Federer recently told Tennis World USA his wife, who has been a staple at his matches and is constantly by his side, was beginning to step back.

‘She’s okay missing one once in a while and not coming to the practices anymore. But she’s been very important in my life, not just as a tennis player but overall.’ 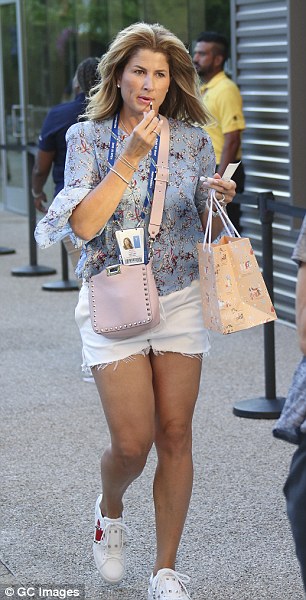 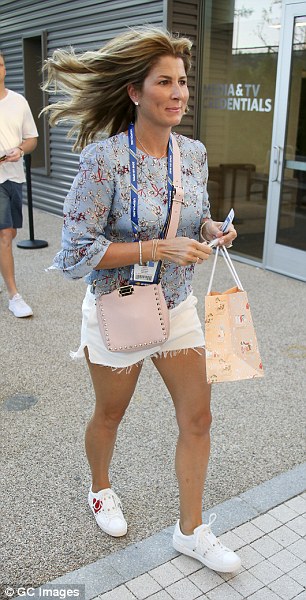 The Federers enjoy a close relationship, but Roger recently revealed Mirka was taking a step back from his touring and games to focus on raising their four children

King was among many left furious at the decision to penalize Alize Cornet for fixing her shirt on the court on Tuesday, under what many consider an ‘outdated’ rule that permits men to take their shirts off on the court, but not women.

The former world champion has been using the Open to push her campaign to keep women in sports, something King says she’s been fighting for since the ’70s.

Soul queen Gladys Knight was another famous face seen sitting in the stands, cutting a glamorous figure in black and white, paired with cat-eye sunglasses. 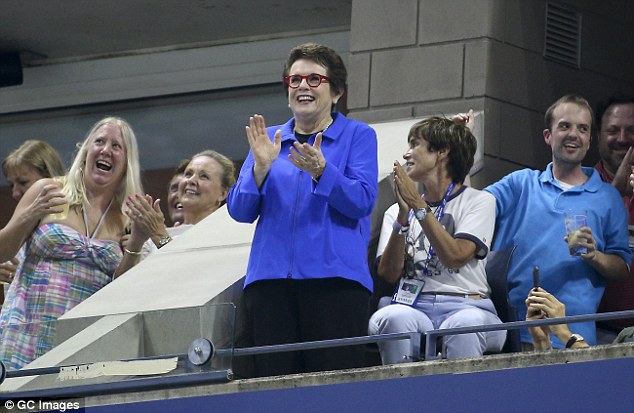 Billie-Jean King, a former world champion player, looked ecstatic as she cheered from the stands with friends 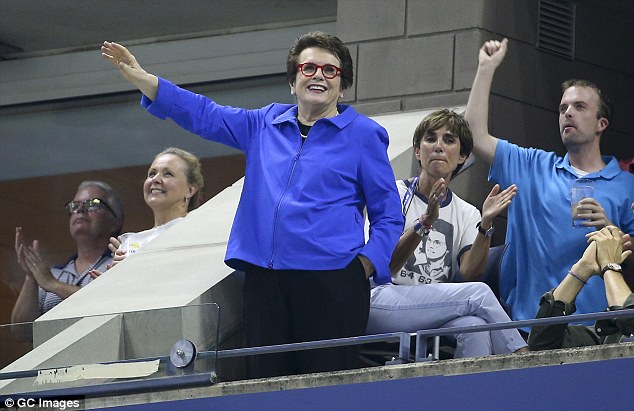 Despite her smiles, King was less than pleased when a female player was deducted points for taking her shirt off on the court – a rule that does not apply to men 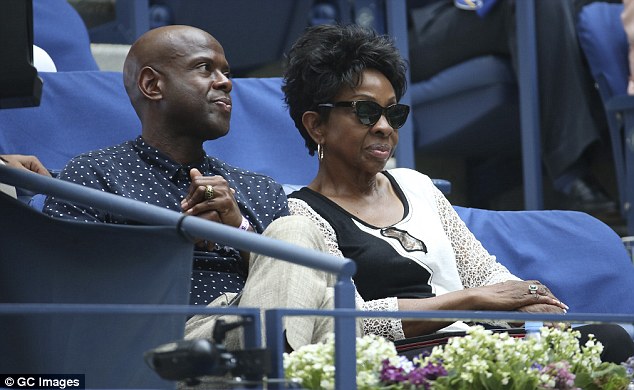 Soul queen Gladys Knight was seen watching on from the stands

Lundqvist looked stylish in all black, while Andersson rocked a floral mini-dress.

Roger Federer, Novak Djokovic, Caroline Wozniacki and Angelique Kerber were among the first-round winners in the men’s singles round.

Serena and Venus Williams also breezed through their first round matches, which could see the sisters take on one another in round three. 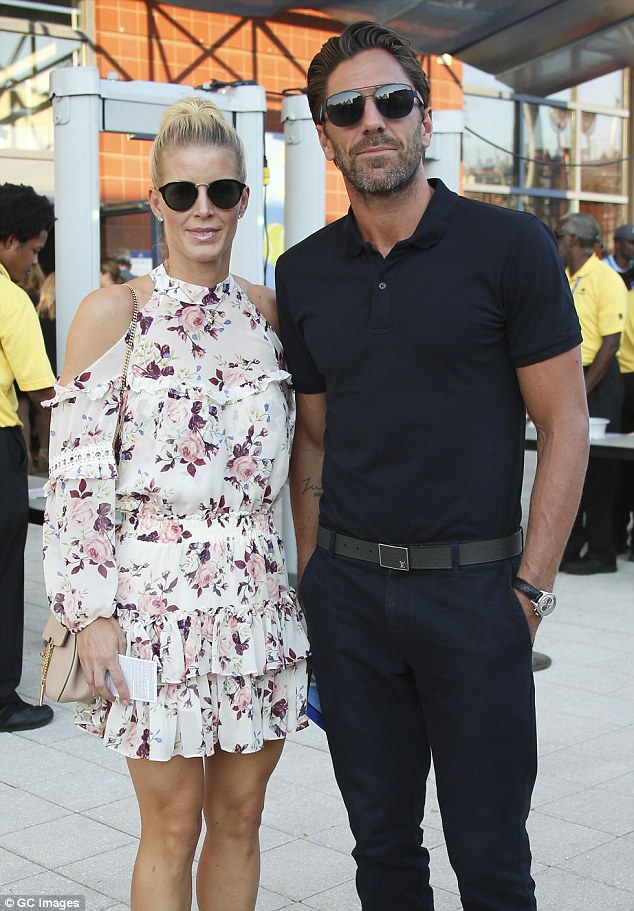