Three years into his engineering degree at Oxford University, Ben May, 21 and vice-captain of the football team, could never have imagined that an injury picked up at an afternoon kickabout would change the course of his bright future.

‘I went to kick the ball but another player collided with me,’ Ben, now 25, recalls of that day in 2014. ‘I felt a “pop” and crawled off the pitch. My knee started to swell — it was very painful and I couldn’t bend it.’

An MRI scan a few weeks later showed Ben, from Haslemere in Surrey, had torn his anterior cruciate ligament (ACL), the ligament in the middle of the knee that connects the thigh and shin bones.

Unlikely: Ben May, 21, could never have imagined that an injury picked up at an afternoon kickabout would change the course of his bright future

He was advised to have reconstruction surgery to replace the damaged ligament with a tendon from another part of his body — typically the hamstring is used — and the NHS operation was scheduled for later in the year. Ben recalls: ‘I wasn’t concerned, as other sporting friends had also had this op.

‘I signed a disclaimer that mentioned there was a one in 200 chance of developing an infection but I didn’t think that would happen to me.’

In fact, he contracted methicillin-resistant Staphylococcus aureus (MRSA) — often referred to as a ‘superbug’ — from the hospital.

The severe, persistent infection dominated the next 12 months of his life and forced him to take a year out of university. At one point, doctors raised the possibility that he might lose his leg.

Resistant to widely used antibiotics, if left untreated MRSA can lead to sepsis and be fatal. An estimated 300,000 patients a year in England acquire an infection while in NHS care, according to the National Institute for Health and Care Excellence, and around 5,000 people die each year as a result of drug-resistant forms of bacterial infection.

People in hospital are at greater risk, says Dr David Partridge, a consultant microbiologist and council member at the British Infection Association, as they are in close proximity to other patients who have weakened immune systems or require regular contact from medical staff as part of their care.

‘MRSA can be directly transmitted between patients or by contact with inanimate objects — somebody with MRSA bacteria on their skin touching the door handle of a ward toilet, for example.’ 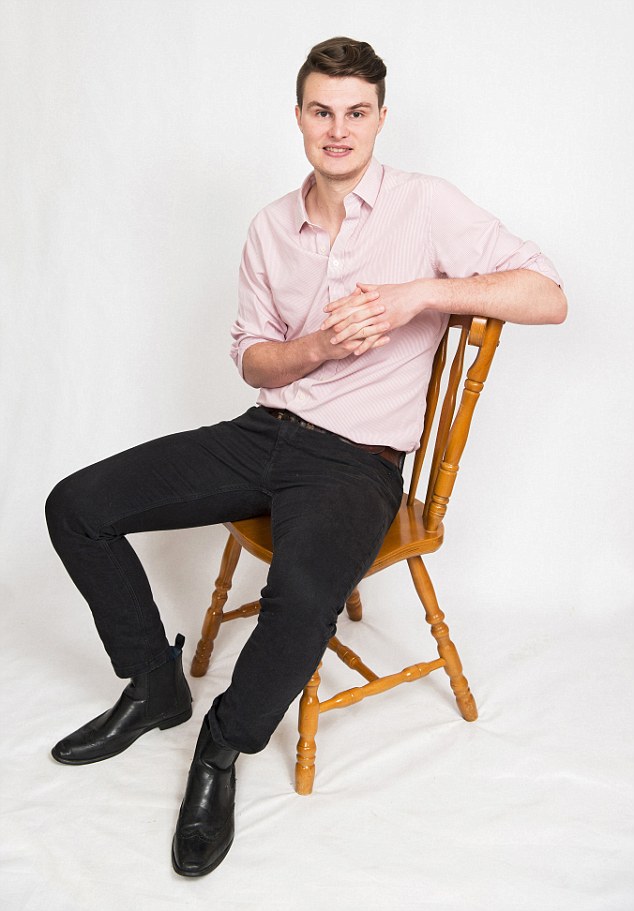 Toll: The severe, persistent infection dominated the next 12 months of his life and forced him to take a year out of university

Two weeks after his surgery, Ben was making good progress back at his parents’ home. ‘I was desperate to play sport, so I took rehabilitation seriously,’ he says. ‘A week after the operation I was walking without crutches.’

However, on the second day of 2015 he started feeling very unwell, and two days later he was advised by his GP to contact the surgeon who had performed his reconstruction. ‘He said to go straight to A&E, as I would need a “flush-out” operation on my knee the next day,’ says Ben.

This is usually done by opening up the joint and using sterile saline solution to clean the wound. Ben wasn’t initially alarmed, but overnight his situation worsened.

‘It was like the most awful flu I’d ever had — times ten,’ he says. ‘My mum was deeply concerned. I felt extremely dehydrated. When a nurse stuck a cannula in a vein, the blood that came out was like treacle. Later I learnt I’d been in the early stages of septic shock.’

This is a life-threatening complication of sepsis, which occurs when blood pressure falls to dangerously low levels after an infection, reducing the amount of oxygen and blood that reaches the body’s organs. Almost half of those affected die.

I signed a disclaimer that mentioned there was a one in 200 chance of developing an infection but I didn’t think that would happen to me.

After Ben was taken in for the ‘flush-out’ operation, 600ml of pus — more than a pint — was removed from his knee. ‘When I came round I felt less hot and dehydrated,’ he says. ‘But then a doctor broke the news that I had MRSA. I was taken into isolation immediately.’ Ben had been swabbed for MRSA before his operation. This is because about one person in 30 has MRSA living harmlessly on their skin, medically known as ‘colonisation’, usually in the nose, groin or armpit, while a third have Staph aureus at these sites.

Some hospitals give antibiotics for Staph aureus before operations such as artificial joint surgery, but all patients who are found to have MRSA colonisation are treated with antibiotics before a procedure — the organism only becomes dangerous once it enters deeper tissues via an open wound.

However, while MRSA was found in Ben’s wound, none had been found on his skin.

‘It’s thought I contracted it in the operating theatre,’ he says, ‘even with hygiene procedures being followed. The hospital did a small investigation but nothing came of it.’

Over the next three months, Ben spent 44 days in hospital. He was given powerful intravenous antibiotics and painkillers, lost almost three stone and had two further ‘flush-out’ operations. He missed the second term of his final year at university, so took a year out. ‘But I was lucky,’ he says. ‘If I’d been a lot older the prognosis would have been much worse.’

After Ben’s third ‘flush-out’ in mid-January, his surgeon said he would need to have the tendon graft used to repair the torn ACL in his knee removed to stop the infection returning. 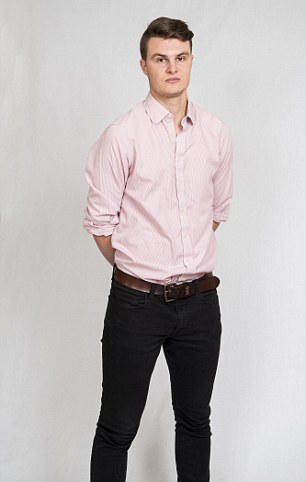 An estimated 300,000 patients in England acquire an infection in NHS care, each year

There was no choice. He was later told that if he hadn’t had the surgery, or it had failed, he would have needed to have his right leg amputated above the knee.

Once the original graft had been taken out, Ben needed further operations before his second ACL reconstruction could be performed in July 2016, to repair the bone where the tendon had been removed. ‘In total I had eight operations on my knee because of MRSA,’ he says.

‘Thankfully, there are more drugs available to treat MRSA now than there were 15 years ago,’ says Dr Partridge. ‘But Staphylococcus aureus, including MRSA, can still be difficult to treat if it infects deep sites such as joints. It is common for patients to need prolonged antibiotic therapy and surgical intervention to get rid of the infection completely, as in Ben’s case.’

Dr Partridge says there are steps you can take to protect yourself from MRSA after surgery. ‘Make sure you stick to the proper aftercare advised for your wound, including keeping dressings in place for the recommended period,’ he says. ‘Keep the wound clean and if you do need to touch it, such as to change a dressing, always wash your hands carefully before and after.’

Staph aureus, including in MRSA form, is quite easy to remove with normal hand-washing or alcohol gel. ‘Check for any signs of infection such as redness, warmth or pus, and see a doctor straight away if this develops,’ Dr Partridge says. ‘You can also remind hospital staff to wash their hands — lapses in concentration do happen, especially when people are busy.’

Ben says his experience changed his outlook on life. ‘I always thought I’d live a certain lifestyle after graduating, working in a stressful job in the City,’ he says. ‘But my focus has changed now and I no longer take anything for granted.’

In August 2017, Ben, who has now fully recovered, launched his own skin supplements company, Skin Woof (skinwoof.com). He has worked with dermatologists and scientists to produce supplements with ingredients such as hyaluronic acid — claimed to help the skin retain moisture — to reduce acne and promote healthy skin.

‘One of the side-effects of all the antibiotics was that I had green, blemish-covered skin and it knocked my self-confidence,’ he says. ‘I wanted to help others regain their self-esteem, as well as inspire people who have gone through bad experiences.’