Super Rich Americans Are Getting Younger and Multiplying

The rich are getting younger! The number of Americans with at least $25million at their disposal has DOUBLED in a decade – and now three per cent of the country’s richest are millennials who have at least $2billion in the bank

The rich are getting younger, a Bloomberg study has found.

A survey of US investors with at least $25 million at their disposal showed the average age among the demographic had dropped by 11 years since 2014, from 58 down to 47.

The numbers among this lavishly wealthy demographic have more than doubled since 2008’s recession, and they’re significantly younger than other millionaires in less wealthy brackets.

In contrast, those with a reserve of at least $1 million average at 62-years-old – and that number hasn’t moved in several years.

President of the Spectrem Group – who conducted the study – George Walper Jr believes this is a ‘vast generational transfer or wealth’ that is only just getting started.

The sample size of the study may have been small with just 185 Americans surveyed, but Walper Jr says its consistent with other research of the US’ top 0.1 percent.

The over-65 remain the country’s wealthiest stronghold, retaining a third of the US’ wealth.

But the number hasn’t risen as quickly as the number of elderly Americans among the population, according to academics Emmanuel Saez and Gabriel Zucman.

The very wealthiest group is ‘actually getting younger’ according to the pair.

And the Silicone Valley tech-boom is certainly responsible for the embarrassment of riches some young people now have at their disposal.

In fact, nearly 3% of America’s richest – or those with fortunes more than $2 billion – are under 37. 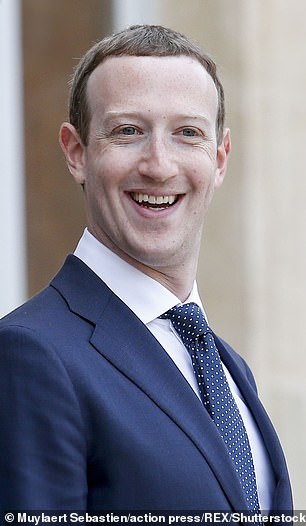 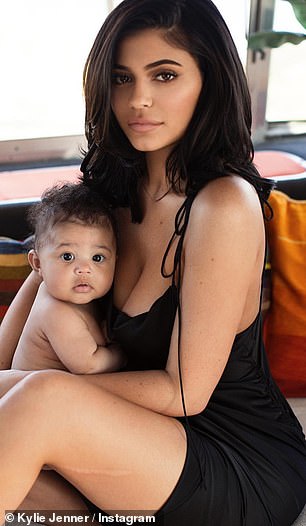 The severe drop in average average ages has been attributed to the Silicone Valley tech-boom, spearheaded by the likes of Mark Zuckerberg (left). However, social influencers like Kylie Jenner (right) also play a significant part

Facebook founder Mark Zuckerberg became a billionaire at aged 23. Now 34, he is worth $55 billion.

But it isn’t just social media CEO’s at the top of the chain – it’s the rise of social influencers too.

Through her utilization of Snapchat and Instagram, 21-year-old Kylie Jenner has amassed a net worth of over $900 million.

‘There may be more Mark Zuckerbergs at the top of the wealth distribution than in the 1960’s, but also more Paris Hiltons,’ Saez and Zucman said in their 2016 study.

Nine out of 10 of the investors surveyed in the study attributed their wealth to ‘inheritance’ and ‘family connection’, but also said ‘hard work’ and ‘running my own business’ played a part.

However though more young people have entered the top 0.1 percent frame, most of their Millennial or Generation X peers were struggling.

Americans over 75 are the only demographic to see their net worth rise between 2007 and 2016, according to the Federal Reserve Survey in July 2018. 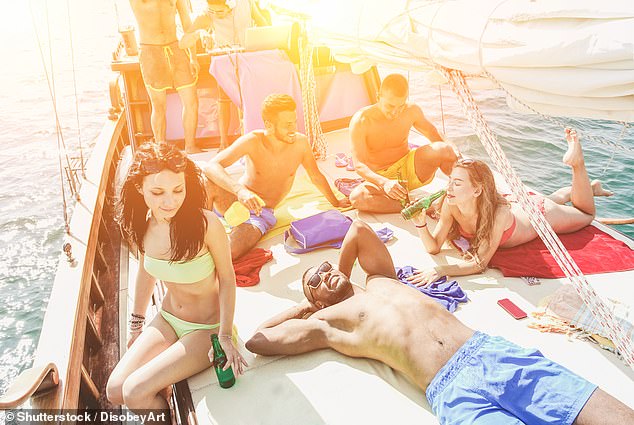 Rich kids! Three per cent of America’s richest are comprised of people under 37 who have networths of $2 billion or more affording them a life of luxury (file pic)

With their assets heavily invested in housing, Americans between 35 to 54 saw their wealth plunge by 41 percent.

In contrast, the wealthiest Americans are employing complex estate planning techniques to transfer their wealth to their children, un-abetted by hefty inheritance tax.

91 percent of the investors with a $25 million-or-more threshold keep assets in a trust – half of which have three or more trusts.