Graham Carr, the super scout who made millions for Mike Ashley’s Newcastle United, is remembering the day he watched his son, Alan, enjoy a kickabout with his friends at the bottom of their leafy road in the Northamptonshire countryside.

‘He was running all over, sweating like hell. He came over to me, breathless. I said, “But son, I haven’t seen you kick the ball yet!” It’s fair to say football was never for him.’ But comedy was. Today, that sweaty young lad is one of the country’s most popular entertainers, famous for his Alan Carr: Chatty Man television show.

The world of celebrity in which Alan lives is very different to the lower-league surrounds in which he was raised, born in Weymouth and schooled in Northampton, two clubs managed by his dad.

‘I remember calling into Alan’s house in London after a meeting with Mike (Ashley) and Adele was there with her dog! We were dog-sitting for Alan recently while him and his husband went to a party at Amanda Holden’s… no invite, just dog-sitters!’

Retired at 75, Carr is now free to look after grandchildren and dogs. That wasn’t always the case. Before Rafa Benitez ended Carr’s time as Newcastle’s chief scout three years ago, weekends were the preserve of European scouting missions.

Before that, management and playing. He appeared in the top flight for Northampton in the mid-Sixties. As a boy, Saturdays were for watching Newcastle, for whom his own father played.

A Football Man. And a Chatty Man. So do they ever chat football? ‘Never,’ says Carr, amid a sprawling back garden made for kicking a ball about. ‘He always says, ‘Great, my expert subject…’

‘But he’s a good lad, down to earth. There’s no edge to him. He’s quick as well, you know. Laugh a minute. He can make a crack about anything.’ 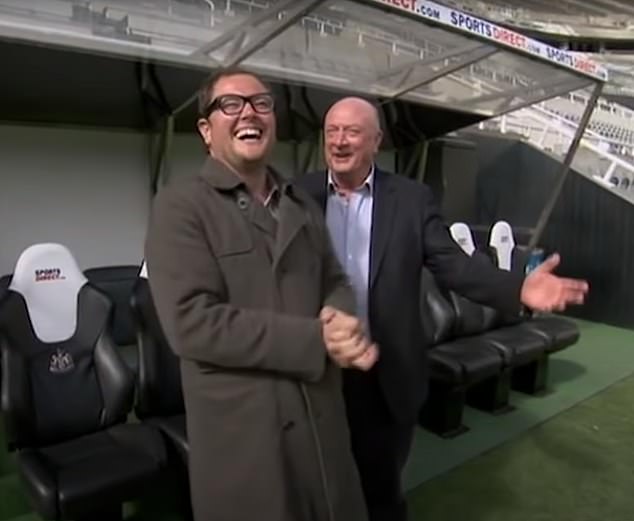 Carr is the father of one of Britain’s most popular comedians, ‘Chatty Man’ Alan Carr 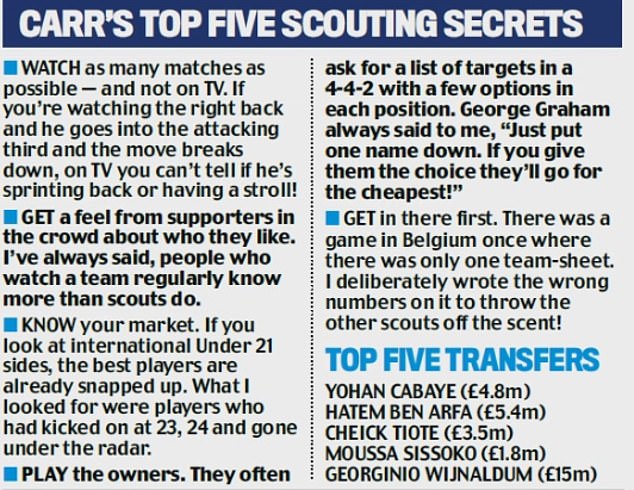 Even still, Carr says it was a ‘nightmare’ the first time he and his wife sat in the audience for Chatty Man, such were the nerves. ‘You want him to do well so badly. When he was first on the Royal Variety Show, me and my missus stood in the passage peeking through the glass to see if he got any laughs! Honestly, as a parent, you’re terrified. It cut to the audience and we thought, ‘Thank God, he’s doing OK’.

‘He rang us during the rehearsal, so excited… ‘I’m sitting in the front row watching Shirley Bassey sing!’ We were jumping about, so happy for him, so proud.’

Carr’s smile fades as, unprompted, he broaches a subject he clearly wants to mention.

‘I didn’t know he was gay for a long time, you know, he kept it from us,’ he says. ‘Looking back, I feel for him. When he went to live in Manchester he got beaten up once or twice, different things. 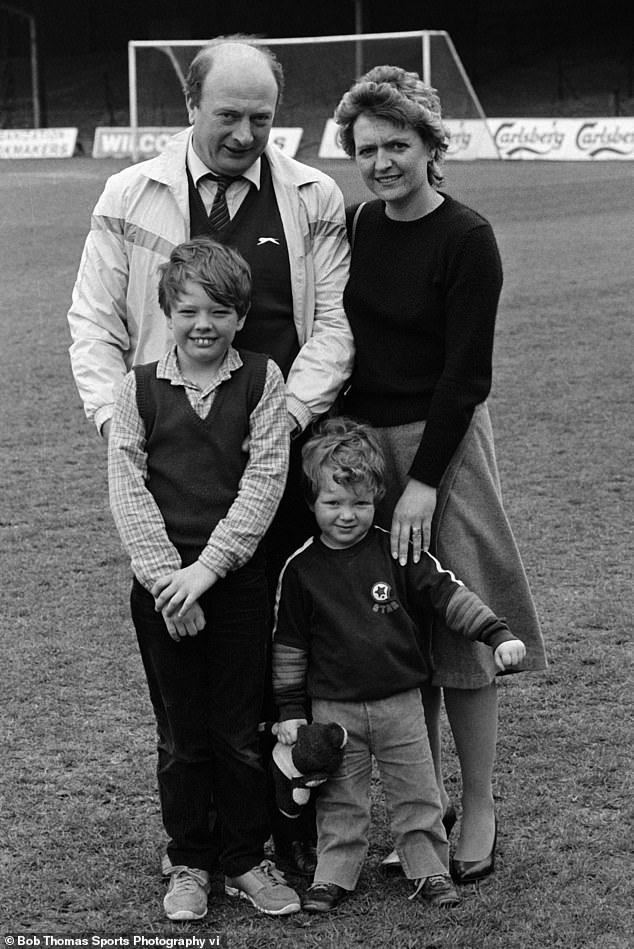 ‘I wish I could have stuck up for him a bit more, been there to protect him. It hurts you.’

When did he finally learn about Alan’s sexuality? ‘My wife told my younger son, Gary, and they’d known for a little while before me.’ Carr’s smile returns. ‘They said, ‘If Dad doesn’t like it, he can leave!’ But me and Alan have never really talked about it, we don’t need to. I love him just the same.’

David Pleat once gave Carr a piece of advice he has not forgotten. ‘I went to a match in Holland scouting for Spurs and came back the same day. David (then director of football) said, ‘You could have watched another game — never waste a flight!’ From that day on, Carr didn’t, packing a bag on a Friday and taking in three or four games on the continent before the weekend was out.

After Manchester City and Spurs, he was offered a job at Newcastle, his hometown club, aged 65. ‘Too old? I was just the right age. I’d watched a hell of a lot of players by then, I knew Europe inside out.’

For the next five years or so Carr was the best in the business, mining gold in foreign lands for a very appreciative Ashley. He details the owner’s mystery invite to Majorca, where he was ‘staggered’ at the reward on an unprecedented eight-year contract. 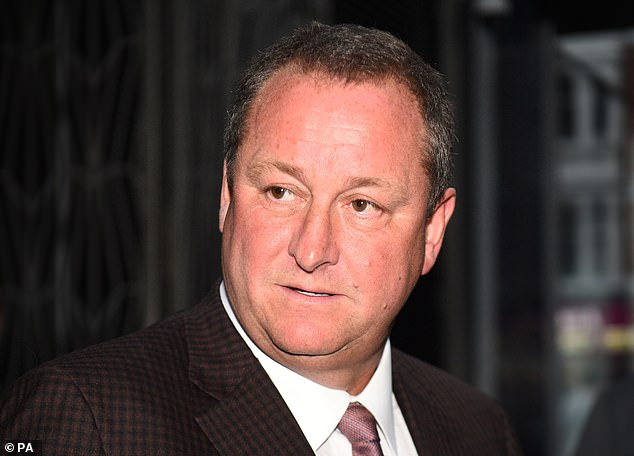 He rates Cabaye as his best — ‘a tough little bugger, but what a player’. The France midfielder was bought for £4.8million and sold for close to £20m. That was Ashley’s language.

‘Mike sometimes called by here with the helicopter. He’d sit where you are, having a slice of toast.

‘I learned you had to be positive with Mike, convince him. One of my first dealings with him, I was in North Shields with my wife and was told to be ready for a conference call.

‘I panicked, I’d never been on one, I was driving around the coast charging my phone! We started talking about Ben Arfa. Mike had this thing with a 4-4-2, first-team players on £40k a week and understudies on £20k. 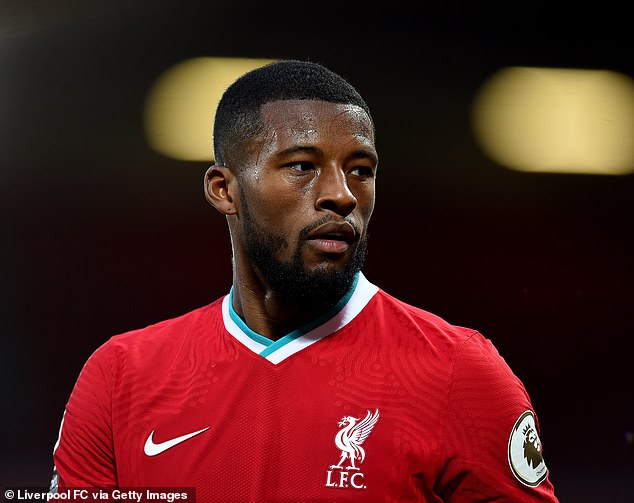 ‘He couldn’t understand why we’d want Hatem and Jonas Gutierrez, two left wingers, on £40k. I knew Hatem could be brilliant, so I cut in, ‘He’s a No 10, actually, and he can cut in from the right’. That was it, done.

‘But he had this plan — buy them younger than 25, with sell-on value. If I asked him to spend £10m on a 29-year-old, he’d f***ing laugh at me. Over time, that plan hasn’t worked. But I do believe that he meant well.’ It certainly worked in 2012 when Carr’s signings, under Alan Pardew, finished fifth in the Premier League.

But then, that summer, just one signing was sanctioned. It signalled a decline that has seen Newcastle fight relegation for the best part of eight years. ‘It baffles me to this day why the club did not kick on. It wasn’t in my hands, sometimes you just don’t know why. That disappointed me.’ It was often said that Pardew was frustrated with Ashley’s trust of Carr’s judgment over his own.

Carr insists he has a good relationship with Pardew, but does laugh as he tells one tale from a St James’ Park transfer summit.

‘Alan had a new centre forward in mind and the analyst was ready with the clips. I’d been brought up on Jackie Milburn and watched Malcolm Macdonald, Alan Shearer. And there on the screen was (Bradford striker) Nahki Wells!

‘I’m thinking, ‘F***ing hell’. Sometimes, you have to think how the fans would react. That one never happened.’ 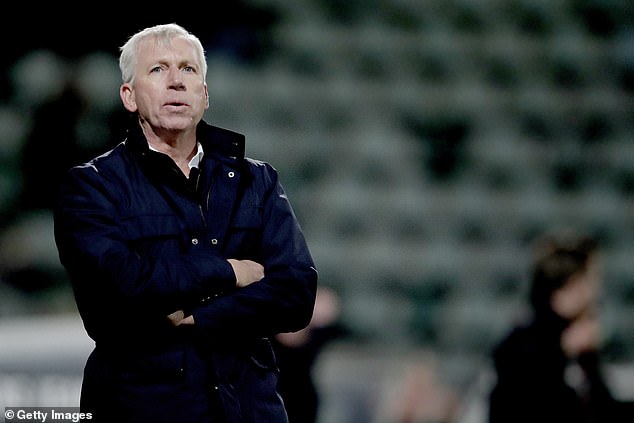 That leads into perhaps the most revealing conversation of all — the ones that got away. Carr takes a deep breath.

‘If the club were honest and went through the records… Hakim Ziyech, Wilfred Ndidi, James Maddison. I saw Raphael Varane play for Lens when he was 17 and I called Derek Llambias (managing director) that night. You get excited when you spot one.

‘Mike and I went to Saint-Etienne to watch (Pierre-Emerick) Aubameyang. Mike just said, ‘Who am I watching?’ You recommend them, but then you just don’t know what happens sometimes.’

Ashley, seemingly, was not convinced, yet the current scouting regime did persuade him to invest a club-record £40m in Joelinton 12 months ago.

The Brazilian has scored twice in the League since. ‘Joelinton, £40m…’ wonders Carr. ‘But I suppose you’re going to mention Emmanuel Riviere now?’

At the risk of spoiling a pleasant afternoon, yes. Riviere was the £6m striker signed on Carr’s say-so in 2014. He scored even less than Joelinton during a disastrous two years on Tyneside, culminating in relegation. ‘He’d played for France Under 21s and was doing well, we liked him. And then he came here…’ The manner in which Carr trails off is telling. 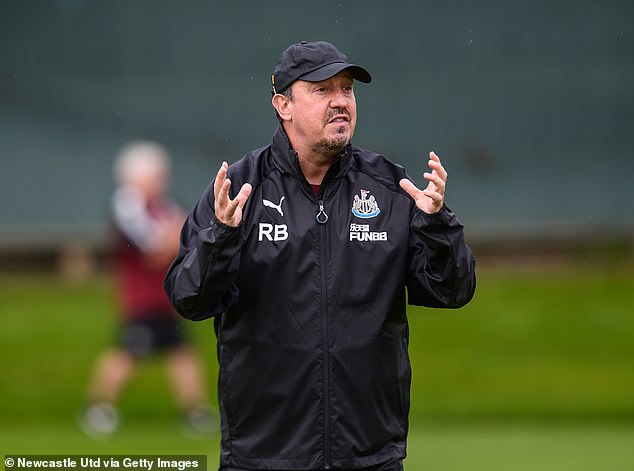 ‘My sister lived up there and didn’t like me taking s***. Towards the end, when they got beat, it was like being the manager.

‘Nobody knows the chief scouts at other clubs, everyone knew who I was. That had two sides to it.’

Then Benitez arrived in 2016 and wanted total control.

‘When Rafa got rid of me, I knew more than I ever had done. A mutual friend said Rafa had mentioned my age… so I knew I was on my way out. It wasn’t nice. 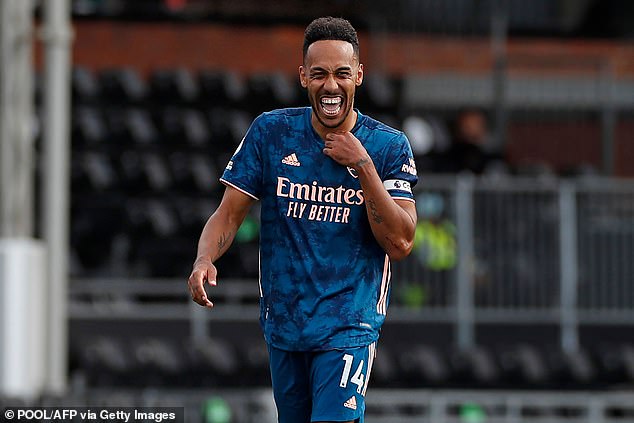 ‘Benitez wanted to do it his way. I went into the boardroom and Rafa was with the head of HR, that was me done. I walked down the corridor and Lee Charnley (managing director) said, ‘Cheerio, Graham’. I just kept walking. It was sad the way it turned out, especially when you love the club. And I do miss it, a lot.

‘I remember being in the boardroom after getting the eight-year contract and looking out over the town and thinking, ‘Wow’. I really appreciated that job. And I’d like to think I did it well.’

On reflection, Newcastle fans would agree he certainly did that.