Super-strength ecstasy pills in the shape of Donald Trump have begun appearing in Ibiza at the height of the rave season.

The orange-coloured tablets, which were spotted at UK music festival Bestival last year and at nightclubs in Hong Kong, have now been seen circulating on the Spanish party island.

A shocking photo obtained by MailOnline this week shows two of the tablets lying face down, with the outline of the US president’s face clearly recognisable, next to what appears to be a bag of cocaine.

A shocking photo obtained by MailOnline this week shows two of the tablets lying face down, with the outline of the US president’s face clearly recognisable

They are thought to be produced in Amsterdam, and have been seen on sale online priced at £1,200 for a batch of 1,000.

On one side of the pills is an outline of the President’s face while the other reads ‘Trump’.

The website featured an advert with the President’s famous catchphrase, with the line: ‘Trump makes partying great again.’

Another described them as: ‘Quality orange Donald Trump tablets.

‘Very nice press, really detailed. Comes in the actual shape of the head of the president of the USA.’

Britons make up the majority of visitors to Ibiza, with around 800,000 a year enjoying the island’s famous party scene.

They have been repeatedly warned about the dangers of ecstasy pills, which sometimes come laced with deadly substances. 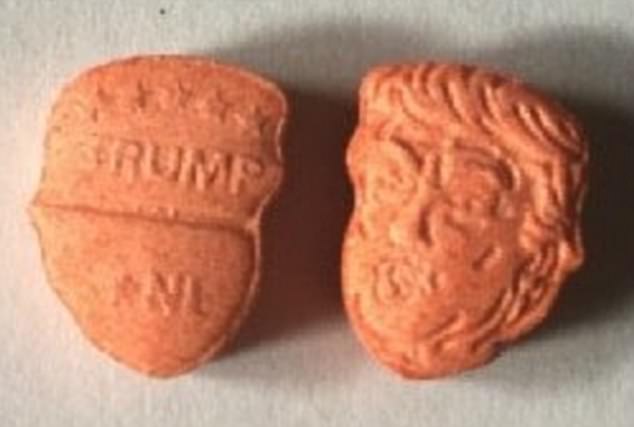 The orange-coloured tablets were spotted at UK music festival Bestival last year and at nightclubs in Hong Kong. They are seen here in a photo taken last year

Earlier this month, a teenage girl died at a music festival in Majorca after taking a pill that had allegedly been laced with rat poison.

Milagros Alanis Moyano, 19, was last seen dancing in an Instagram video before she fell ill and was taken to hospital, where she died.

Her heartbroken father Paulo shared a picture of one of the yellow tablets, which was embossed with a skull face.

He wrote: ‘I would love to know who sold my little girl this poison so I could put a bullet in his head.

‘She sent us a video of her dancing on Instagram before she was rushed to hospital and that is the last footage I have of her alive.

‘She left for the concert looking beautiful, she showed us pictures on WhatsApp and we told her to enjoy herself but to stay safe.’ 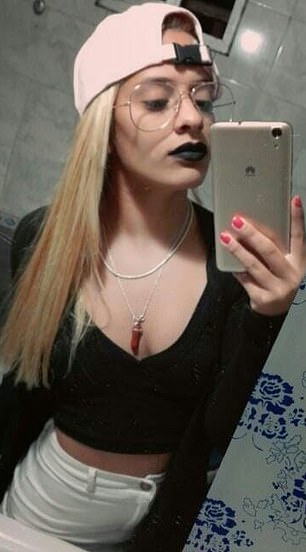 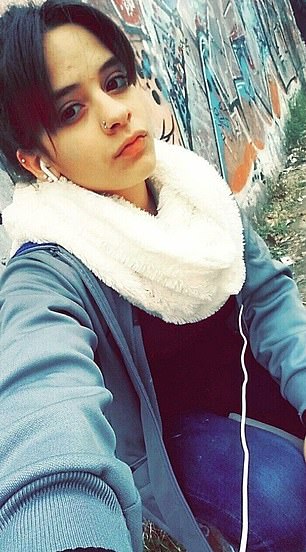 A member of an Ibiza-run expat residents group, echoing Paulo’s warnings about the rogue ecstasy, added: ‘Some pills are doing the rounds in Palma that have rat’s poison in them.

‘A girl aged 19 has died from taking one after agonising for two days. It was a small, yellow pill with a skull on the front. People need to be aware they cannot consume any old s***.

‘Enjoy yourself safely. Rest in peace little one. And strength and love for you parents.

‘A friend who was at the concert sent me a picture of the pill as she was present when it happened. Luckily she didn’t take one.’