By Dan Cancian and Andrew Prentice For Daily Mail Australia

Wayne Bennett will snub the Brisbane Broncos’ premiership reunion this weekend, insisting he owes the club no explanation for his shock refusal to attend.

The Broncos will celebrate the 30th anniversary of their 1992 triumph ahead of the round 17 game against St George Illawarra on Sunday at Suncorp Stadium.

Brian Smith’s Dragons were Brisbane’s opponent in the 1992 grand final, as the Broncos clinched their maiden premiership and the first of six under Bennett’s guidance with a commanding 28-8 victory at the Sydney Football Stadium.

The 71-year-old, however, will not join the likes of Steve Renouf, Allan Langer, Glenn Lazarus, Chris Johns and current Broncos coach Kevin Walters in the celebrations on Sunday.

‘I won’t be attending,’ the supercoach told the Courier Mail.

‘I don’t have to explain why I’m not attending, but I’m not going. Full stop.’

Wayne Bennett will snub the Brisbane Broncos’ 30-year premiership reunion this weekend, insisting he owes the club no explanation for his shock refusal to attend (pictured, in a Dolphins polo ahead of their 2023 entry into the NRL competition) 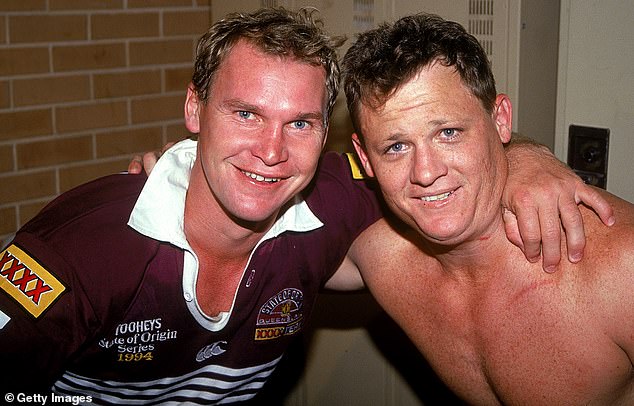 Bennett took charge of the Broncos in 1988 in their inaugural season and didn’t take long to establish his side as a premiership heavyweight.

Bennett was sacked from Red Hill in 2018 and the bitterness from his end with the club clearly still remains.

CEO Dave Donaghy said Bennett would be welcome to attend the function as the ‘1992 team was the first team to win a premiership and Wayne was our first premiership coach…they will always have a special connection to each other and the football club’.

Donaghy added ‘it would be great if Wayne chooses to be part of the reunion, but only he can make that decision’.

Bennett will coach the Dolphins – the NRL’s newest franchise next season – and the rivalry between the two Brisbane based clubs is set to be huge from the outset. 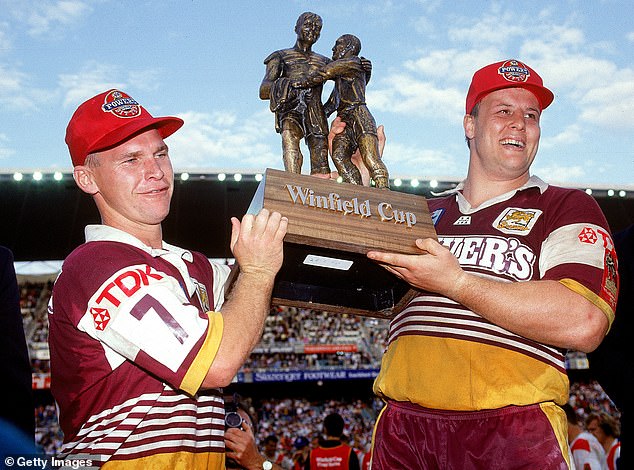 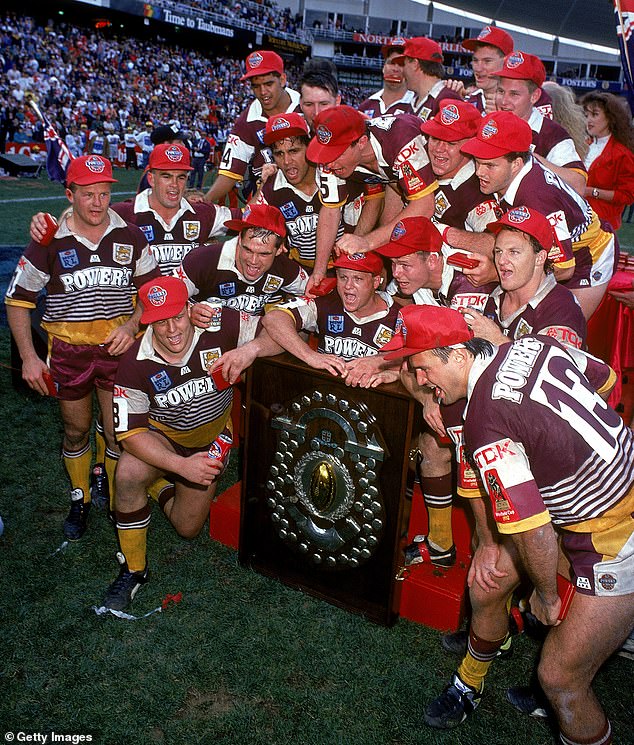 It comes as NRL young gun Reece Walsh reportedly this week rejected a monster contract offer of $2.8 million from the Dolphins to return to the Broncos from the New Zealand Warriors from 2023.

Bennett insists he isn’t worried, but the club’s repeated inability to land a marquee signing would be concerning behind closed doors.

With off-contract players from the 16 NRL clubs free to negotiate from November 1, a player feeding frenzy will follow – and the Dolphins will need to secure some big names in order to be competitive next year.

As it stands they have signed Melbourne Storm forward trio Jesse Bromwich, his brother Kenny Bromwich and Felise Kaufusi. 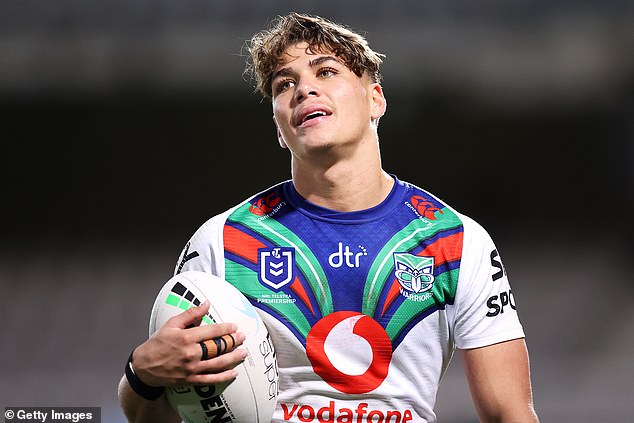 NRL young gun Reece Walsh (pictured) reportedly rejected a monster contract offer of $2.8million from the Dolphins to return to the Broncos from 2023

Panthers replacement halfback Sean O’Sullivan will be the likely No.7 and former Origin winger Edrick Lee has confirmed he will also be a Dolphins player following stints at Canberra, Cronulla and Newcastle.

Titans prop Jarrod Wallace and Parramatta utility Ray Stone are other names who will be part of the Bennett revolution.

Long term, Bennett is desperate to land Storm five-eighth Cameron Munster as his marquee and playmaker.