Superfit marathon runner, 37, puts his six-year-old daughter to bed then dies in his sleep

A superfit marathon runner died in his sleep just hours after putting his six-year-old daughter to bed.

Stephen Price, 37, died at his home in Aston-on-Trent, Derbyshire, earlier this month leaving behind his wife, Michelle, and daughter Freya.

The sudden death of Mr Price, who was the chairman of national running club UK Netrunner, has rocked the Derby running community.

Mrs Price, who married Stephen in Mauritius in 2007, said: ‘Stephen was the nicest person, he had the biggest smile, was full of energy and would do anything for anyone.

‘He was quite a humble person and wouldn’t have expected so many people to be affected by his passing.’

Stephen Price, pictured with his wife Michelle and six-year-old daughter Freya, died in his sleep at his home in Aston-on-Trent, Derbyshire, earlier this month 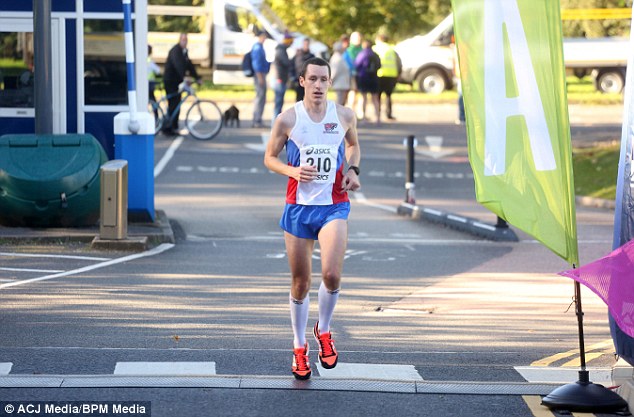 Mrs Price, who married Stephen in Mauritius in 2007, said: ‘Stephen was the nicest person, he had the biggest smile, was full of energy and would do anything for anyone’

Sky Sports presenter Simon Thomas, who lost his own wife to leukaemia last year, has been helping Michelle through her grief.

Mrs Price said: ‘Simon got in touch personally and directed me to bereavement counsellors for my daughter and offered advice to me as he’s been through the same situation.

‘He has been really helpful and understanding. At the moment he sends texts to see how things are going.’

She added that Freya has been incredibly brave since her father passed away, and even picked some of the music – the Star Wars theme tune – at his funeral last week.

Mrs Price said: ‘Freya has been really, really brave. She misses her dad a lot and wore a Liverpool kit for him at the funeral.

‘She has her moments when she gets upset, but it is amazing to hear her speak about the memories she has of him and she was really brave to pick out the music.’ 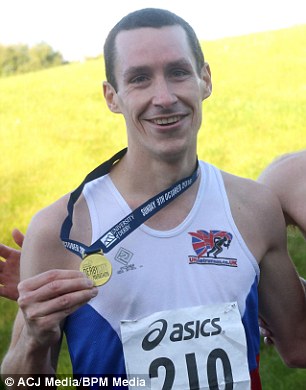 Mr Price, 37, was a keen runner and was the chairman of national running club UK Netrunner

The sudden death of Mr Price, who was the chairman of national running club UK Netrunner, has rocked the Derby running community.

During his career Mr Price took part in five London Marathons, finished second in the 2016 Derby City Half Marathon and won the South Derbyshire Brooksie’s Bash in July this year.

Mrs Price has now decided to run one of her husband’s favourite races in his honour, wearing his iconic headband.

She said: ‘Stephen was very active and did a lot of running. This year, he finally persuaded me to get involved and run a race. We signed up together to do the Shelton 10k with Freya doing the fun run.

‘So now we’re going to do it in his honour and we’ll all be wearing Pricey headbands and sweatbands. He wanted me to finish in under an hour, so that is my target.’

Many more of Stephen’s friends and family will be running the Derby race in his memory, including his brother Stuart and sister, Sian.

Rob Jefferies, the director of a local running shop, has said the community will come together in October for the Shelton 10k – Mr Price’s favourite event.

He said: ‘Stephen was such a well-known character to runners locally and a great supporter of all the local events.

‘He always had a massive smile on his face, was very approachable, friendly and seemed to be well-liked everywhere. 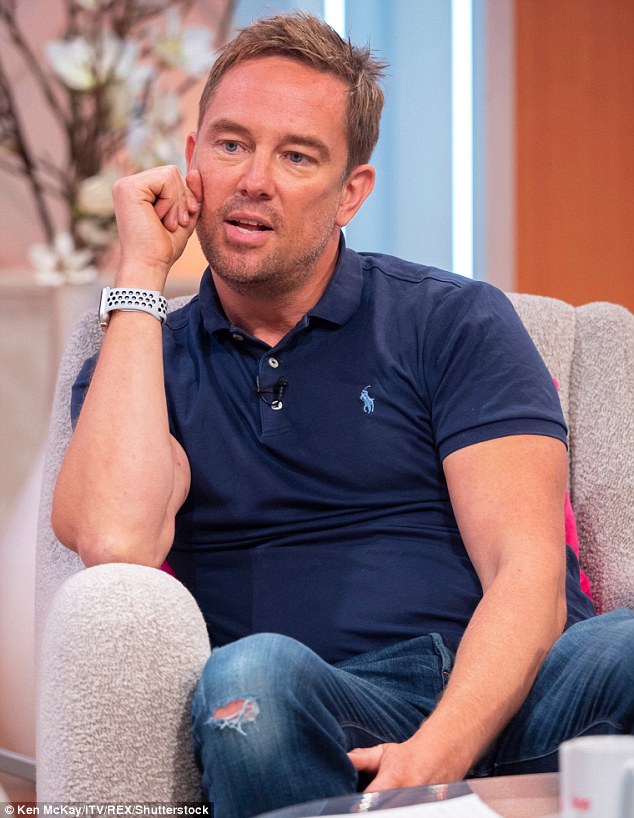 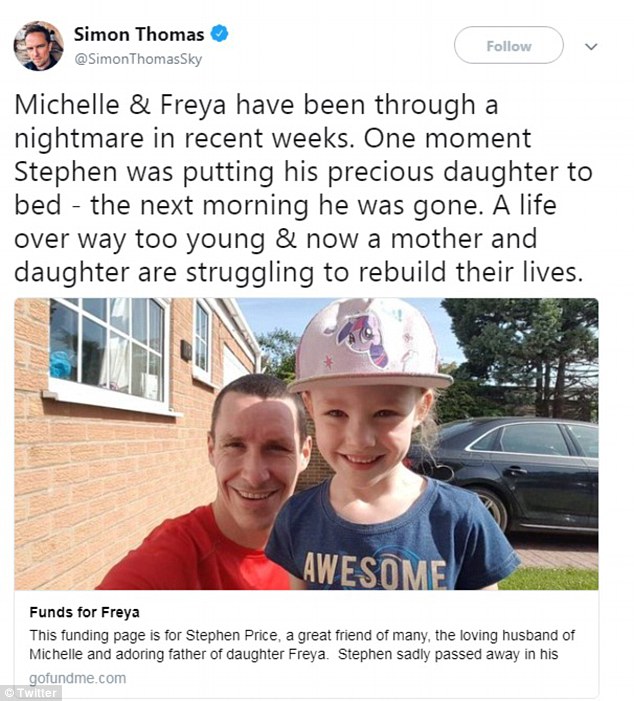 ‘He was the type to finish first and then run back to help others across the finish line.

‘Stephen was very distinctive looking, as he always wore the same kit with short running shorts, long running socks and a multi-coloured headband.’

Dying in your sleep

Cardiac arrhythmia is a frequent cause of death during sleep. This is when the heartbeat is irregular and the heart may be beating too fast or too slowly. Although they can affect all age groups, it is more common in older people and drinking in excess or being overweight puts people at greater risk. Sudden cardiac death from an arrhythmia kills around 100,000 people every year.

Other causes of death during sleep include brain aneurysms and strokes.

The group plan to raise money to support his daughter by giving the family cash for days out and holidays, as well as funds for the future.

Mr Price’s friend Kirsty Wiser, 39, set up the fundraising page because she wanted to do something to help the family.

She said: ‘The Shelton 10k is now sold out, with a large majority running for Stephen. He inspired a lot of people, so people felt compelled to support his daughter.

‘The Go Fund Me page has raised an absolutely brilliant amount so far, the support proves that Stephen inspired a lot of people. We’ll keep going to raise as much as possible, doing whatever we can.

‘The money won’t take away the pain, but can help practically at this difficult time.

‘Stephen was such a good dad to Freya and he’d do anything for her. He always referred to us as “my girls”.

‘He taught her to ride a bike, took her camping and played Lego with her. He was a proper hands-on dad.’