A Sydney bodybuilder who went on a drug-fuelled violent rampage while wearing no trousers after yelling that he was really ‘Superman’, then lead police on an insane 45 minute car chase, has been jailed.

Rhys Evans, 32, was jailed for 18 months – with a minimum period without parole of 10 months – after pleading guilty to several offences including assault, resisting arrest, failing to stop during a police pursuit and reckless driving.

The charges related to two rampages, the first on September 3 when he was apprehended acting erratically on Spofforth Street, Cremorne.

Not-so-super, man: gym nut Rhys Evans (pictured), 32, was sentenced to 18 months jail after two drug-fuelled rampages that included assaulting police, driving on the wrong side of the freeway and being tasered and pepper sprayed six times 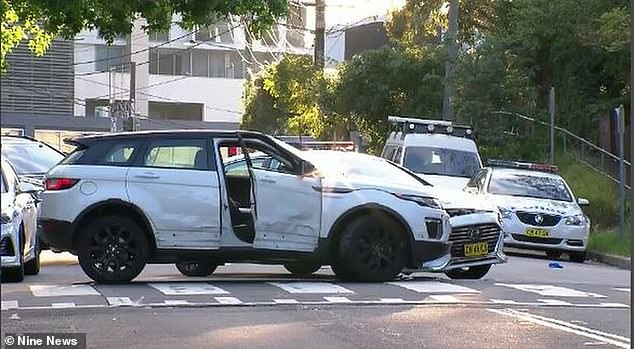 One charge Rhys Evans faced and plead guilty to was using his luxury Range Rover (pictured) as an offensive weapon. he eventually crashed in Chatswood

Evans approached strangers and asked for help while carrying his trousers, and when police attempted to detain him for his own and public safety, he became aggressive and violent.

He shouted ‘I am Superman and I will kill you’ at officers and was involved in one officer falling down stairs to a concrete path, the Daily Telegraph reported.

Five other officers restrained him, after tasering him twice and using capsicum spray three times.

The second incident occurred on October 30, when Evans was driving his luxury Range Rover erratically on the Warringah Freeway around 5am.

Police gave chase but with Evans driving on the wrong side of the freeway they called off that pursuit due to safety concerns.

He was stopped around 5.45am after colliding with several parked cars and the footpath at at the intersection of Centennial Ave and Jenkins St, Chatswood.

Again Evans was tasered and this time it took eight officers to subdue him. 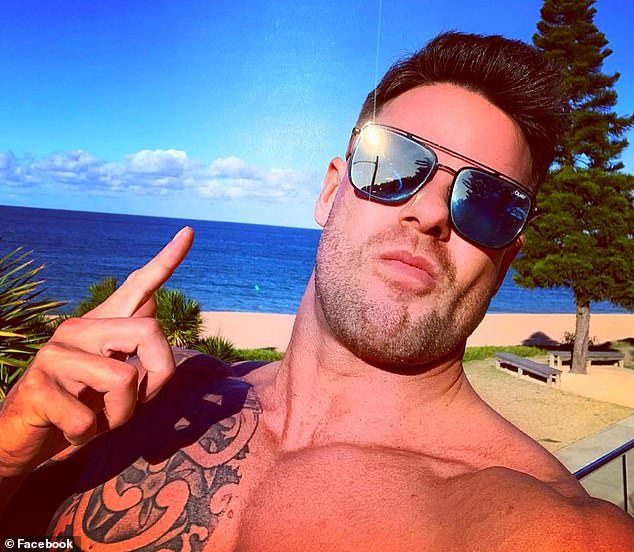 What goes up: Rhys Evans life had spiralled downwards due to long-term mental health and drug abuse issues, his solicitor told Manly Local Court before he was sentenced

He was reported as heavily drug-affected in both incidents.

Mr Williams said: ‘Assaulting police officers is serious … all they were trying to do is protect the public … and were hurt as a result.’

As well as being jailed, Evans lost his driving licence for two years.