‘Johnny never pushed me, kicked me or threw me down any stairs.’ Supermodel Kate Moss DENIES Amber Heard’s claim that her then-boyfriend Depp pushed her down stairs while on Jamaica trip as she appears via video at defamation trial

By Kayla Brantley and Daniel Bates For Dailymail.com

Kate Moss told Johnny Depp’s $100million defamation trial that he never pushed her down the stairs.

Moss, appearing briefly via live video from Gloucestershire, England, said that while on vacation in Jamaica she slipped and Depp came to her aid.

Heard opened the door to Moss’ testimony by claiming she feared Depp would push her sister down the stairs during a violent argument. According to Heard, there was a rumor that Depp had once done the same thing to Moss and it came to her mind.

Questioned by Depp’s attorney Benjamin Chew, Moss said, ‘We were leaving the room and Johnny left the room before I did. There had been a rainstorm and as I left the room I slid down the stairs. I hurt my back. And I screamed because I didn’t know what had happened to me and I was in pain.

‘He came running back to help me, carried me to my room and got me medical attention.’ 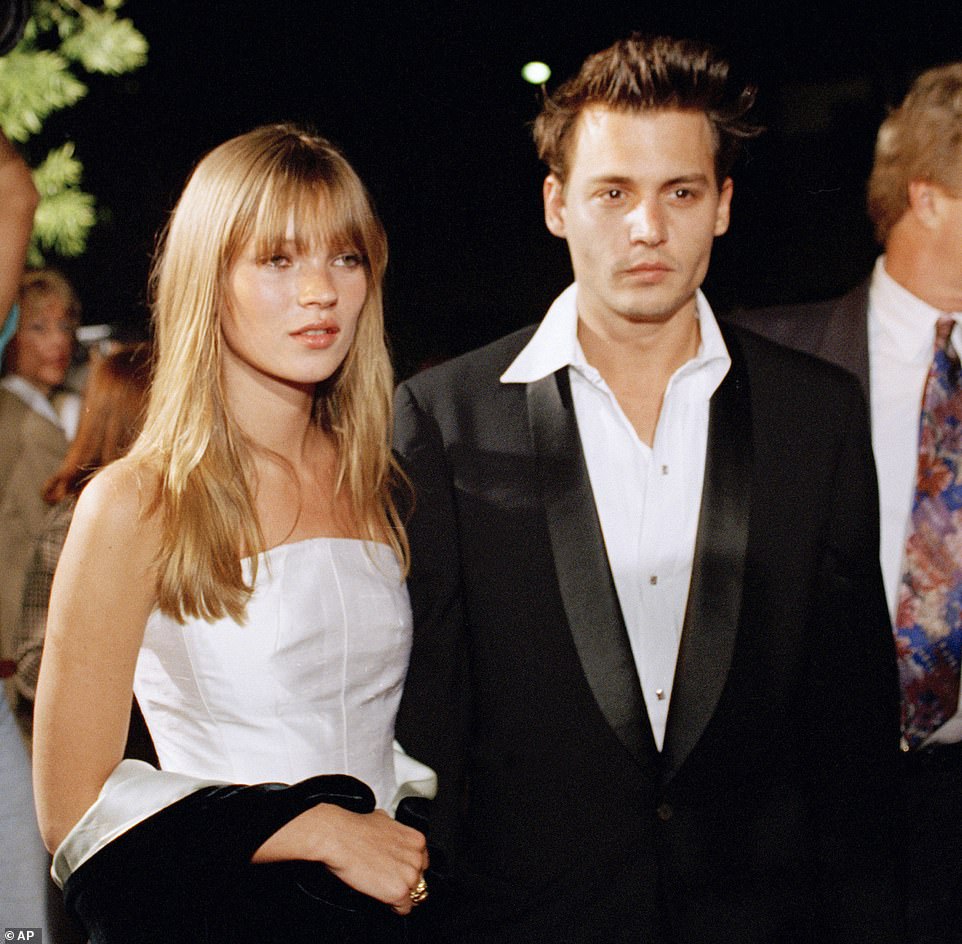 Kate Moss, 48, who dated Johnny Depp (pictured together in 1995) from 1994 until 1998, appeared at the actor’s defamation trial against his ex-wife Amber Heard on Wednesday 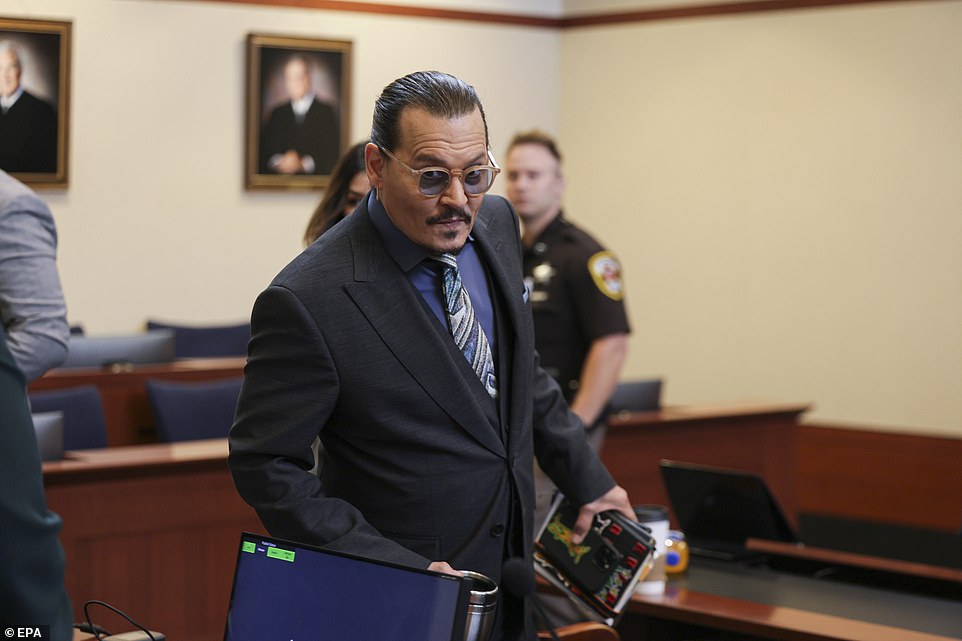 Moss was appearing as a witness for Depp during a stage of the trial known as rebuttal, where he gets to challenge Heard’s allegations 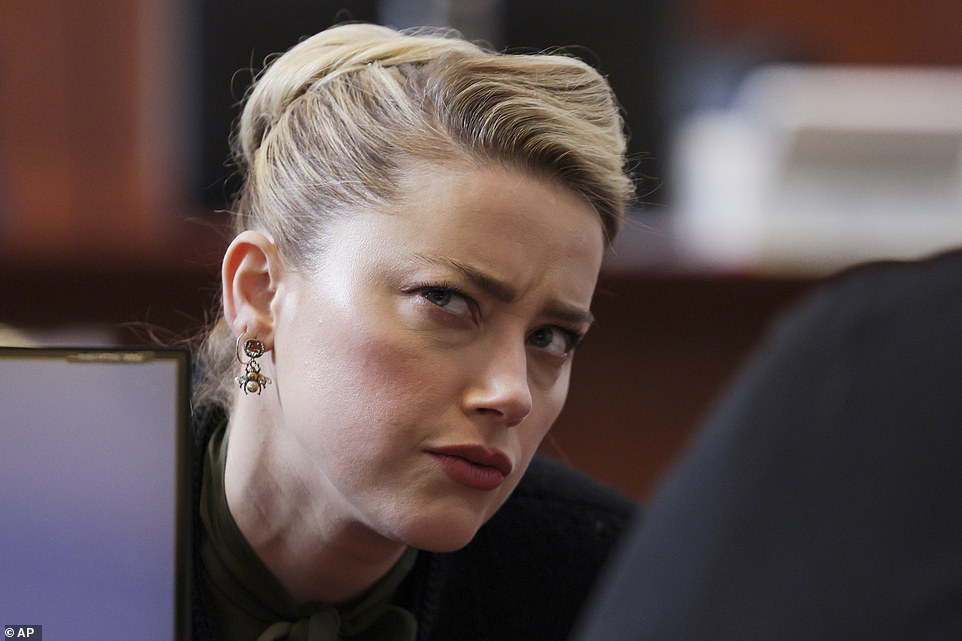 According to Heard, there was a rumor that Depp had once done the same thing to Moss and it came to her mind

Moss was appearing as a witness for Depp during a stage of the trial known as rebuttal, where he gets to challenge Heard’s allegations.

Moss was at the height of her fame when she began her intense relationship with Depp who was a teen idol thanks to his roles in films like Edward Scissorhands.

Both of them were notorious for their drink and drug use and became known as the ‘chicest, druggiest couple in LA’.

Among their favorite hangouts was the Viper Room in Los Angeles, which Depp owned, where they partied with the likes of Jared Leto, Keanu Reeves and Charlize Theron.

Moss later said that she ‘cried for years’ over the breakup, after which her drug use escalated and eventually led her to rehab.

After the testimony, a source close to Heard said, ‘So Johnny Depp didn’t abuse Kate Moss. That makes him 1 for 2 in the abuse column.

‘But, to date, he’s 0 for 1 in the courtroom on the central issue in this case back when he lost the same exact case in England. And when the jury deliberates over the singular issue in this case — whether Amber Heard can exercise her right of Freedom of Speech — he’ll be 0 for 2, no matter how much his lawyers try to distract and divert the jury’s attention.’ 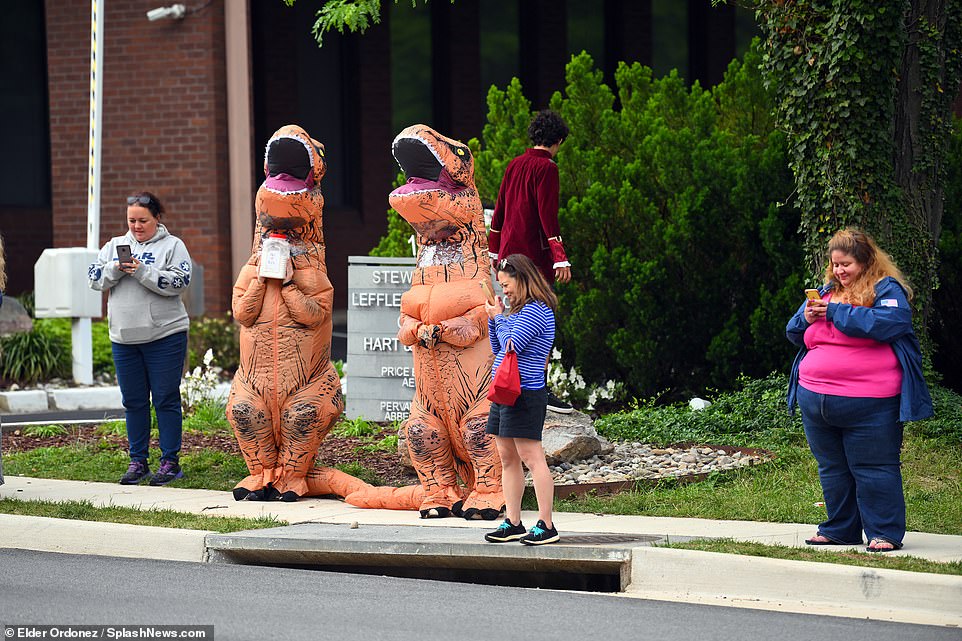 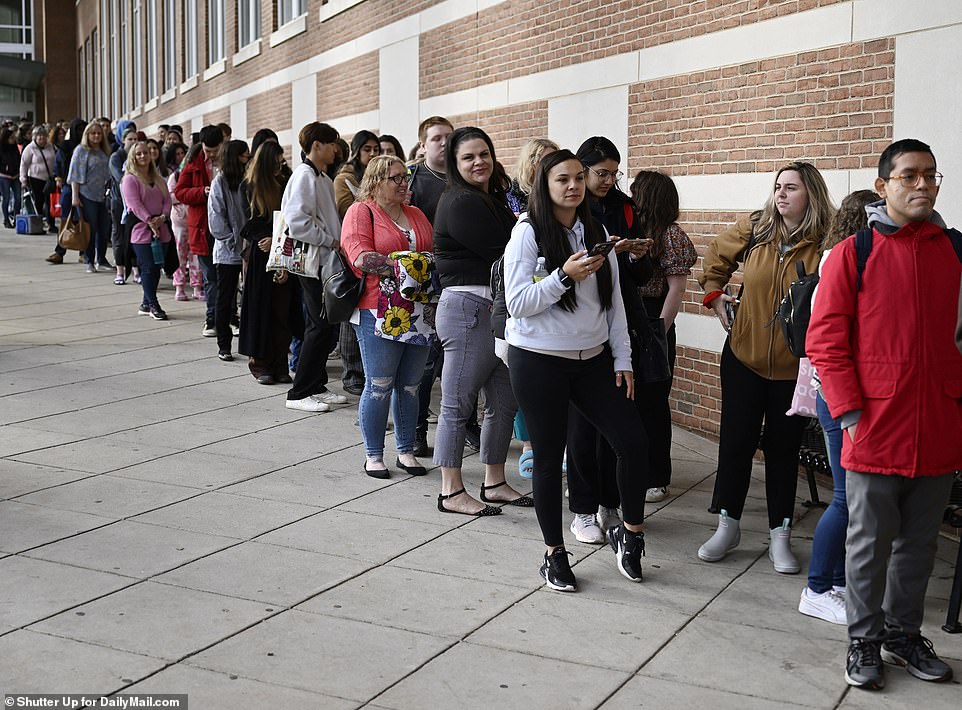 Early Wednesday morning, fans continue to wait in long lines to get wristbands for the Depp-Heard trial

Early Wednesday morning, fans continued to wait in long lines to get wristbands for the trial.

They passed the time trying to sleep wrapped up in blankets on the ground, playing cards, or chatting with new friends.

Early arrivals bided their time across the street before rushing across the courthouse lawn to secure a place in line when the Fairfax County Sheriff’s Department finally allowed them on the premises.

Some, still in their sweatpants, did their makeup as 7am approached – the moment when sheriff’s deputies hand out the wristbands that are the fans’ prized tickets into the courtroom.

After all the wristbands are distributed, those who didn’t get in traipse to the back of the courthouse, hoping for the next best thing: a glimpse of Johnny Depp when he arrives for court.