Growing numbers of super-savers are stashing away up to half of their annual incomes so they can quit work before the age of 40.

A new breed of frugal Britons are followers of the Financial Independence, Retire Early movement using a combination of extreme saving and wise investing to enjoy a job free life.

The lifestyle, which originated in the US, has spread to the UK and attracted people in their 20s and 30s who don’t want to spend their next 40 years having to work for a living.

Experts say you need a nest egg equivalent to 25 times your annual salary to retire early – or as millennials now term it, to ‘get Fired’

Greg and Frankie Owens, parents to four children, have recently retired – at the age of 43 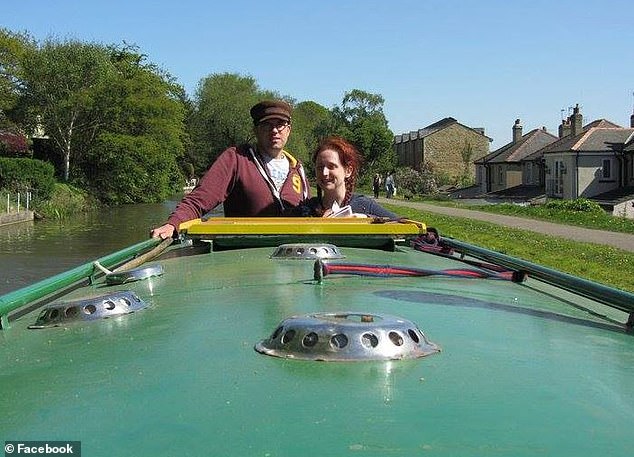 The couple saved every penny they could, paid off their mortgage and never owned a car

It means if you must have £25,000-a-year to live on you need to work towards a nest egg of £625,000 made up of savings and returns from investments or buy-to-let properties.

Greg and Frankie Owens, parents to four children, have recently retired – at the age of 43.

Mrs Owens told The Guardian: ‘We started formulating plans to retire about seven years ago.

‘We had our children young – our youngest was 18 this year and knew they would be leaving home at this age. 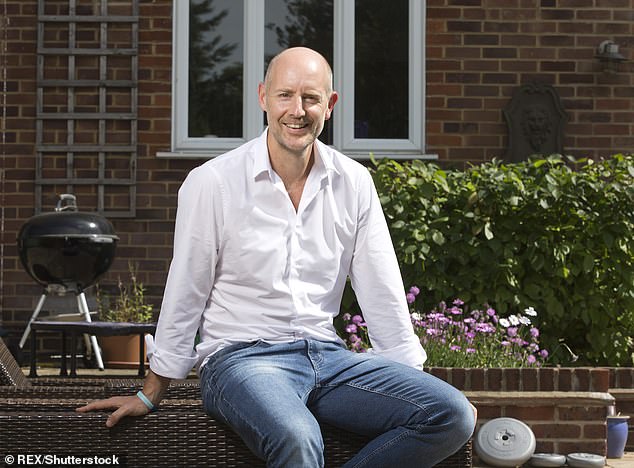 London accountant Barney Whiter, a married father-of-three from Farnham, Surrey, walked away from work at 43 by saving half his annual salary after tax

‘I was a teacher and working very hard, and thinking about retiring early was a way to keep going.’

The couple saved every penny they could, paid off their mortgage and never owned a car.

They sold their house in Bradford, then bought a 55ft narrowboat.

Now they cruise the canals of Yorkshire, moving on every couple of months to avoid mooring fees, and live on a budget of £750 a months.

Mrs Owens said their children are ‘somewhere between amused and despairing’ over their lifestyle but are ‘secretly quite pleased.’ 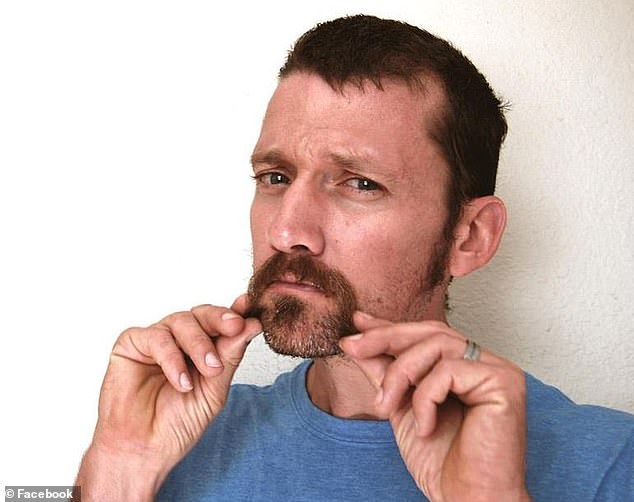 He moved to Manchester from London to lower his living costs, and now pays £400 a month on rent and cycles to work.

He told the Guardian: ‘I wouldn’t want to come across as some tight old git who doesn’t socialise.’

He says it is the small things that add up over time. He uses a free coffee machine in his office and makes his own sandwiches for lunch.

Every month he puts money into a lifetime Isa and hopes to have the option when he is 35 to be able to give up work. 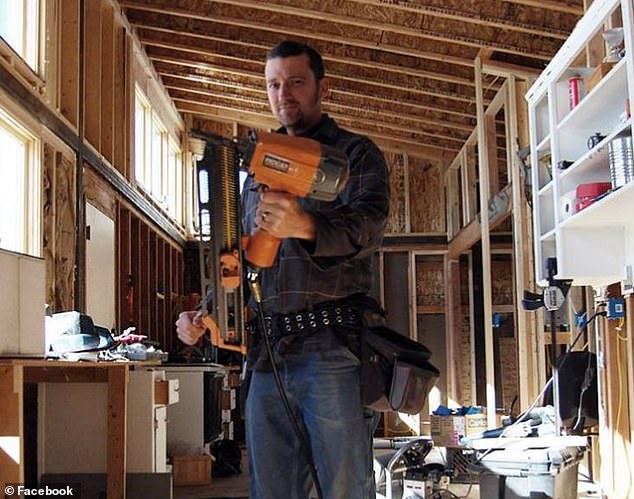 Mr Adeney retired at 30. In his blog he gives people a step-by-step guide to retiring in a decade or less

SEVEN STEPS TOWARDS AN EARLY RETIREMENT

‘My aim wasn’t to retire rich, but to retire with a realistic understanding of what I would need for my living standards to continue.

‘I have been retired for more than five years. In that time, I’ve travelled a lot, got married, had a child, learned Italian, taken up painting and built a house.’

He worked for just ten years before he retired at 30. In his blog he gives people a step-by-step guide to retiring in a decade or less.

Mr Adeney, 44, who lives in Colorado, said: ‘I decided to focus purely on my work for that period of my life, and then focus on being a dad for the 18 years thereafter.

‘I’m currently on year 13 of the second project.’

London accountant Barney Whiter, a married father-of-three from Farnham, Surrey, walked away from work at 43 by saving half his annual salary after tax.

He then invested all of it in low-risk stock market funds and shares, bringing in up to 12 per cent return every year for 19 years while also paying down his mortgage.

A big house, eating out, expensive holidays, new cars, cable TV and non-essential shopping were all banned so the Whiter family could stick to their £24,000-a-year budget for all spending.

He says: ‘The tools and techniques of Fire are needed more by low-income people to avoid them being f***** over by the system.

In a blog post he writes:  ‘If you’re not a high earner, it’s even more important not to p*** your money away on ridiculous spending.

‘Living paycheck to paycheck leaves people at the bottom of society prone to disaster.

‘They, more than anyone, need the techniques of financial independence to build a safety net and gain options to improve their life.’