Defending Australian Open champion Novak Djokovic says there will be no pressure on his two youngsters to follow his giant footsteps on the tennis court.

The Serbian world number two opened up about his hopes for son Stefan, five, and daughter Tara, two, moments after his fourth round straight sets win over Argentinian Diego Schwartzman on Sunday.

A candid Djokovic said his wife Jelena will ensure he doesn’t become a pushy tennis dad when talk during his post-match interview turned to family, despite their son already showing a keen interest in the sport.

‘Well, so far, it has been great in terms of tennis relationship between me and my son. He is willing to play with me,’ he told Channel Nine commentator Todd Woodbridge.

‘You know how it is, father-son, it is a bit different and obviously, he is exposed to tennis a lot when he travels with me but also on the television.’

‘He knows what is going on. He knows Roger (Federer), he knows Rafael (Nadal), a couple of the other guys. His favourite shot is a forehand so far, I am trying to get him to hit a few backhand. He has been telling me that he is born with a backhand.’ 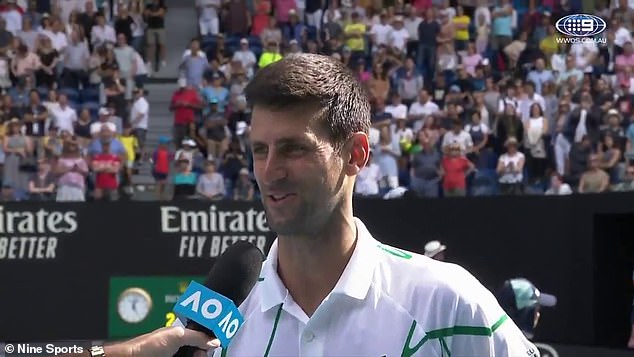 Djokovic was hesitant in his response when asked what he’d be like as a coach to his children if they chose to follow in his footsteps.

‘I don’t know. I’m a father first. I can’t really put myself in the role of a coach,’ Djokovic said.

‘Look, I’m giving him (his son) all the space and all the time that he needs in the world.

‘I really want him and my daughter to really express honest desire to take the racket and the ball and just hit, go to the court or up against the wall.

‘I would be more than happy and thrilled to support them in their tennis careers and journeys but it is still very early to talk about it, you know, my wife says.’ 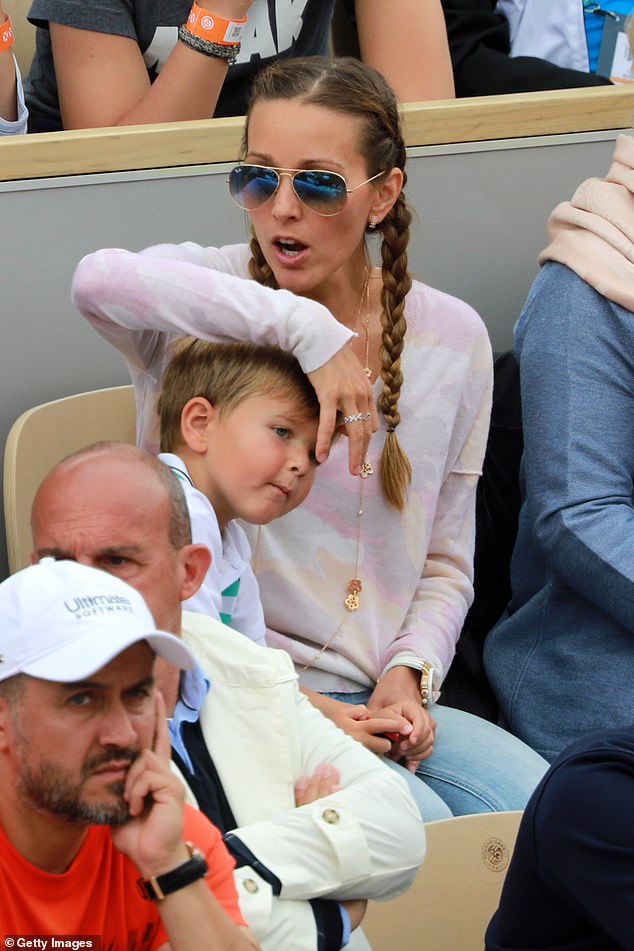 He will take on world number 32 Canadian Milos Raonic for a spot in the semi finals.

‘It will quite a different match-up than the one today,’ Djokovic said.

Milos is one of the tallest and strongest guys on the tour, he has one of the biggest serves and I have to be ready to fight missiles coming from his side of the net.

When someone serves as well as him, it puts a lot of pressure on you. I’m really glad to see him being healthy and playing on a really good level again. He is a great guy, I have known him for many years, he is a good friend. We speak the same language. It is nice to see him back in the quarters.’ 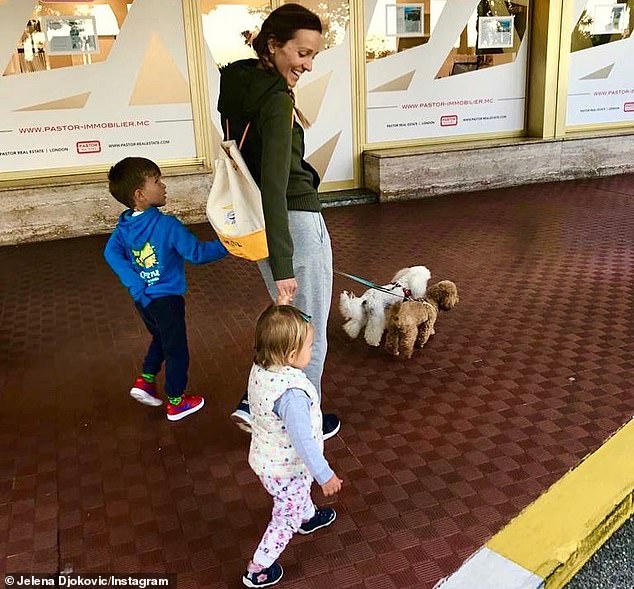