A woman underwent pioneering surgery to have her vagina rebuilt using her bowel in a desperate attempt to be a mother.

Tara Gratton, 37, of Stakeford, Northumberland, suffers from Mayer-Rokitansky-Küster-Hauser syndrome (MRKS), which caused her to have an ‘underdeveloped’ vagina and ovaries, despite her genitals appearing normal from the outside.

Diagnosed at just 14, Ms Gratton was told she had the most severe form of the condition, leaving her with no vaginal tunnel, womb, cervix or fallopian tubes, and just one kidney.

While she was still a teen, the support worker went under the knife to have a vaginal canal built using her bowel.

Ms Gratton – who is in a relationship with Stuart Pretswell, 34 – is on the waiting list for a womb transplant, with the couple hoping to start a family using her own eggs. 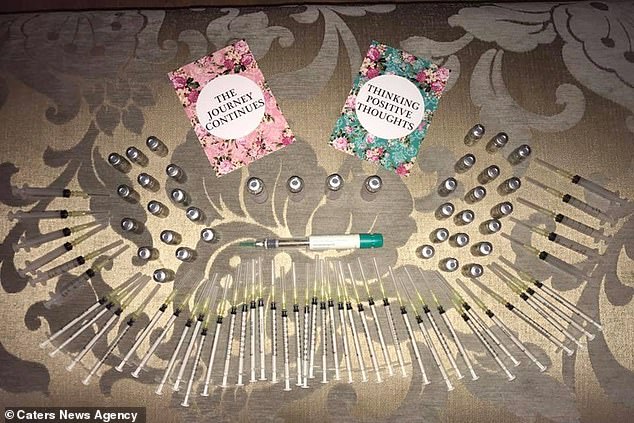 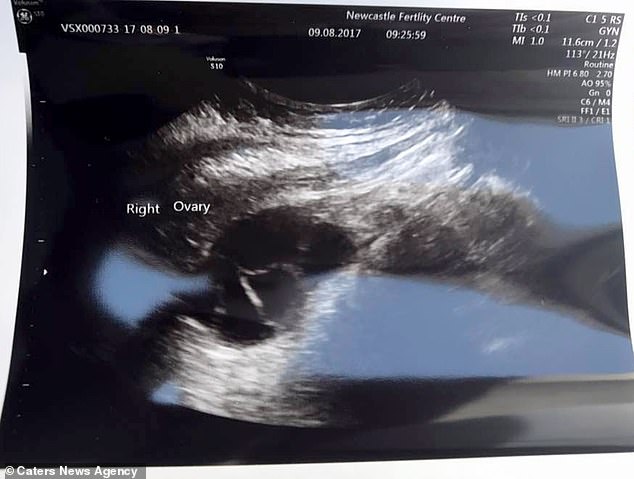 Doctors were baffled as to what was causing Ms Gratton’s persistent kidney infections, which she has suffered with since she was just three.

‘My parents had originally taken me to the doctors when I was three, as I kept having kidney infections and nothing seemed able to stop them,’ she said.

‘I spent a long time in Newcastle Children’s Hospital and with antibiotics, it was eventually managed quite well.’

It was not until the then-teenager underwent further tests that medics discovered she had MRKS.

‘It took them a long time to discover what was actually causing all my problems, and doctors even said, it was the first time they’d ever seen a girl like me,’ Ms Gratton said.

Ms Gratton then made the difficult decision to have a vaginal canal built at just 14 years old to enable her to have sex in the future.

‘I had a vaginal tunnel built from my bowel as only part of my vagina had formed properly,’ she said.

‘My surgery was a risky one as it involved using two inches of my bowel to create a new tunnel opening.

‘I was really young but naturally I was embarrassed about my condition back then as it was so rare.’

After going under the knife, Ms Gratton was forced to endure dilation therapy. This involves inserting a cylinder-shaped medical device into the vagina to expand its size and make its tissue more elastic.

Ms Gratton always wanted to have a child of her own but was told by doctors she did not have any ovaries.

However, as she grew older, medics discovered they were wrong.

‘I did have ovaries which meant it was possible for me to have children – but I would have to go through IVF and alternative routes.’

When she met her partner four years ago, Ms Gratton was honest about her condition, with the couple immediately researching options on how they could have a family.

‘I don’t have a womb so the next surgery I need is a womb transplant,’ she said.

‘It would be amazing to have our own family to show others anything is possible.’

The first baby from a womb transplant from a deceased donor was only born last December.

Ms Gratton is on a long waiting list for the procedure and is therefore also looking into surrogacy.

‘We have two embryos in storage and are raising money to cover any potential costs from surrogacy,’ she said.’

Ms Gratton is also speaking out to raise awareness of MRKH.

‘It took me a long time to get a diagnosis, and to find help – but with more awareness, more support could become available,’ she said

Tabitha Taya, founder of LivingMRKH – one of the UK’s only support groups – said: ‘We first met Tara back in 2013 after she reached out to us after she read our LivingMRKH founder’s story in a daily newspaper.

‘We have since got to know Tara through several social gatherings held to support those living with this condition.

‘We all have dreams and aspirations, to be a mother is one of Tara’s and we wish her and her partner all the very best.

‘The road to parenthood for those with MRKH can be challenging, but not impossible, it’s important to remember the condition does not define us and there are options available to make our journey a little less stressful and isolating.

‘We hope Tara’s courage to share her journey provides hope and inspiration to our fellow community.’