A young surfer determined to encourage more swimmers into the water has created an iPhone app to detect sharks at beaches.

After recognising a widespread fear of sharks, Samuel Aubin, 15, realised that people will often think twice about enjoying the water at beautiful beaches around Australia.

‘I wanted to come up with a possible solution to assist beach users to make informed decisions,’ the high school student told Daily Mail Australia. 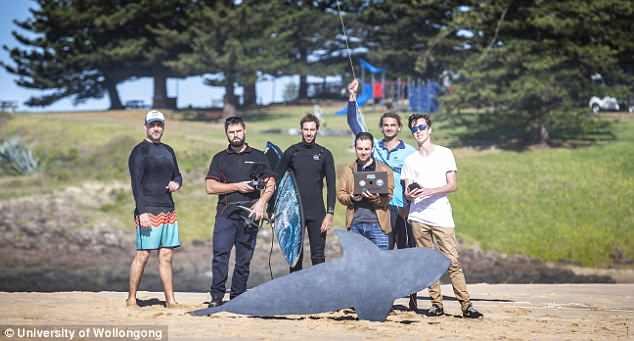 The app he created, SharkMate, takes 13 different factors into consideration which then creates a ‘SharkMate Likelihood Score’.

‘This includes rainfall, the presence of lifeguards, historical shark attacks, proximity to rivers to name a few,’ he said.

‘It also takes live twitter feeds and shark sighting into account. Much of the information is sourced from Willy Weather which is an incredibly reliable weather source.’

The software has been taken even further by using aerial cameras which supply the app with unique insight into the detection of sharks.

Beachgoers are then able to make an informed decision at which beach to swim at and can be notified of a shark nearby on their smart devices.

The Minnamurra teenager said he was astounded when he discovered during his initial research phase that 100 million sharks are killed each year by humans – whereas about four people will die from a shark attack annually in Australia.

‘I hope that when the public use SharkMate, their views shift from sharks as the ‘monster of the sea’ to a vital part of our oceanic ecosystem.

‘SharkMate both keeps humans safe whilst also attempting to remove the stigma around sharks, which is the first step toward conserving these majestic animals.’

Samuel also was the recipient of the ‘NSW Shark Mitigation Competitive Grant’, acknowledging his aims to diminish the fear of sharks by educating the population with data needed to stay safe in the ocean.

‘The grant is a great initiative that funds research into the innovative ways that we can reduce the risk of a shark attack.’ 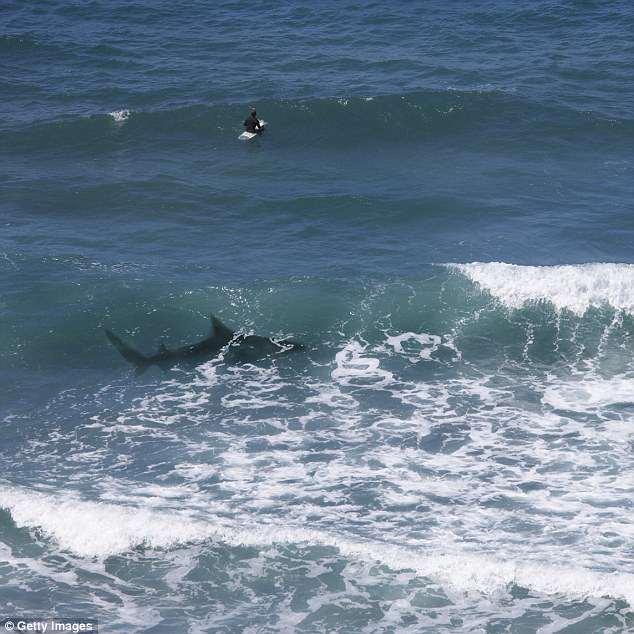 He is currently working with the University of Wollongong to link an aerial imaging system from a blimp floating above a beach to an Apple Watch app.

‘University of Wollongong staff members, a PhD student, Across the Cloud and I collaborated to bring the drone and app technology together.

‘My part of the project involves alerting beachgoers of a possible shark threat through the use of the Apple Watch SharkMate app which is still in development.’

Samuel had to teach himself coding to be able to create the app but was able to take advantage of resources on the internet which aided him hugely.

‘I think it is something that, if you have an interest and keep persisting, you can succeed.’