A huge whale turned on a group of surfers after a free diver tried to touch her calf near Manly beach in Sydney.

Dominique Taylor, 31, was on her friend’s balcony on Sunday when she spotted what she thought was a rock, but turned out to be a humpback whale and her calf.

Incredible drone footage shows the mammals playfully swimming next to the surfers who were watching on in delight.

But the amazing encounter soon turned, as the mother whale became agitated and flicked her tail at the nearby surfers after a free diver reached out to stroke the calf. 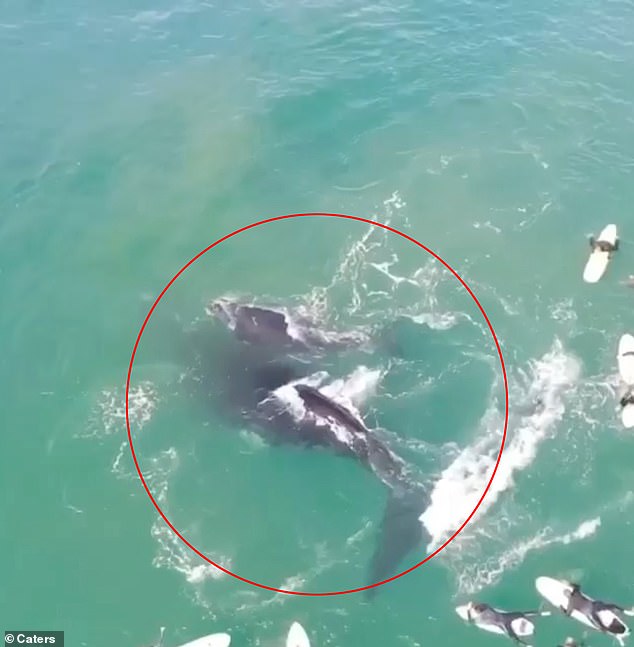 ‘It was really majestic and we felt so lucky to be at the right place, at the right time and with a drone,’ she said.

‘As the drone got closer, our eyes got wider as we noticed a calf too – it was incredible.

As they continue swimming close to the surfers, the young calf comes into contact with the group – with one free diver even attempting to touch it.

The adult whale fears for the calf and quickly turns in the water, using her tail to knock the surfers prompting them to hurriedly swam away.

The mammals then continued to frolic in the water for about 25 minutes before swimming away.

Ms Taylor said she was confused how the whales got through the shark net and made its way to the surfers.

‘Some people are angry that the surfers are so close but I think it is a once in a lifetime opportunity and they were excited,’ she said.

‘The free diver touched the calf which is why the mother splashed them as if to say “get off my baby”.

‘Seeing the whales made us realise how much they appreciate their environment.

‘This planet is for all of us and we must be good and look after it so these beautiful creatures can live on it too.’ 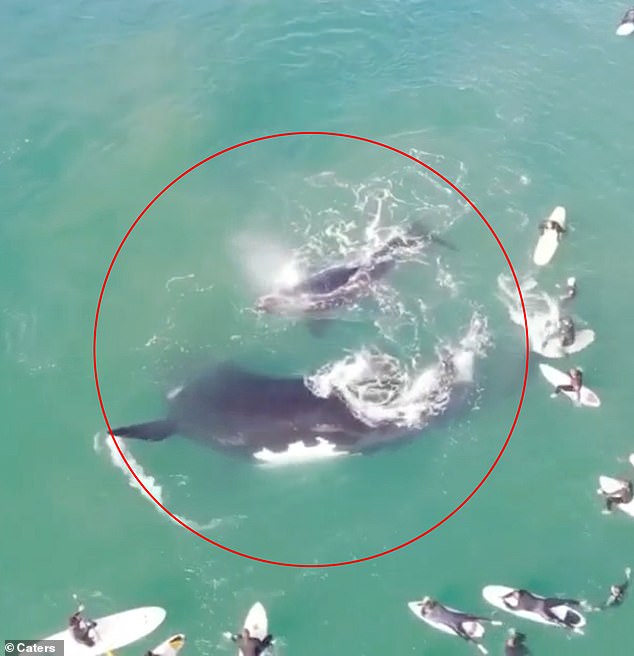