Crime has soared by 14 per cent with even bigger rises in knife and gun offences, new data reveals today.

The Crime Survey for England and Wales, which counts police recorded crime, logged 5.3 million crimes in the year ending September 2017.

Statisticians said the data show continuing rises in the number of ‘higher-harm’ violent offences, which were most evident in knife and gun crime categories.

Crime has soared by 14 per cent with even bigger rises in knife and gun offences, new data reveals today

Shadow home secretary Diane Abbott said: ‘These figures are truly shocking and should put an end to Government complacency on crime.

‘The Tories are failing in a basic duty to protect the public. They have now cut over 21,000 police officers since 2010, leaving forces across the country under-staffed and over-stretched. Police numbers are now at their lowest in 30 years. You can’t fight crime on the cheap.

‘These statistics are an indictment of this Conservative Government’s policies. Labour will address this crisis and recruit 10,000 new police officers.’

Shadow Policing Minister Louise Haigh added: ‘These shocking figures reveal that the Tories have lost control in the fight against crime.

‘The truth is, the public are now being forced to pay the price for the reckless risk the Tories took with public safety when they slashed 20,000 officers.’

‘Police numbers are at a historic low, recorded crime is rising faster than ever before and more and more criminals are walking free.

‘This proves you cannot trust the Tories to keep our communities safe. Labour will recruit another 10,000 new police officers and give the police the resources they need to fight crime.’ 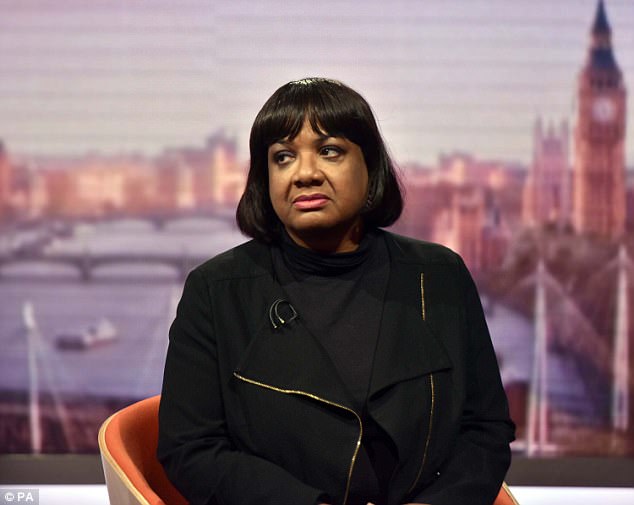 The Office for National Statistics said that police-registered crime must be interpreted with caution, attributing much of the rise to changes in recording practices and increased confidence of victims in coming forward.

Its preferred measure, the Crime Survey for England and Wales, gave a total of 10.6 million incidents, which was a fall of 10%.

ONS statistician Mark Bangs said: ‘These latest figures indicate that levels of crime have continued to fall compared with the previous year, but this picture varied acrossdifferent types of crime and not all offence types showed falls.

‘While overall levels of violent crime were not increasing, there is evidence of rises having occurred in some of the low incidence but more harmful categories such as knife and gun crime.

‘The first year-on-year comparisons from new estimates of fraud, one of the most frequently occurring crimes, indicate fewer incidents were experienced by the general population compared with the previous year.’