Surgeon claims WAG Jessie Habermann, 28, has ‘stayed ahead of the game’ with cosmetic work

The small town country girl and former grid girl has made a slow and steady rise over the past eight years to becoming one of Melbourne’s top WAGS.

And a leading plastic surgeon claims Jessie Murphy (neé Habermann) has ‘stayed ahead of the game’ by enhancing her features with cosmetic procedures.

Dr. Randal Haworth told Daily Mail Australia on Wednesday that he believes the 28-year-old had undergone a breast augmentation, as well using Botox and fillers. 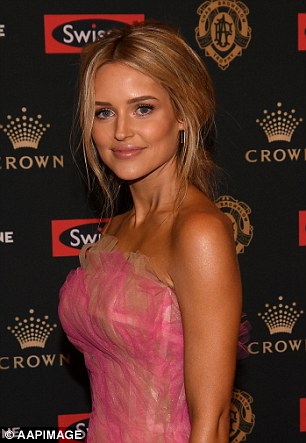 Botox, fillers and a boob job: Plastic surgeon claims WAG Jessie Habermann, 28, has ‘stayed ahead of the game’ by transforming her look with cosmetic procedures (L in 2010, R in 2018)

‘I am quite confident she has neither changed her nose nor augmented her cheeks or jawline. However, her face does seem more elegantly defined perhaps with the help of a little makeup alongside a loss of ‘baby fat’,’ said the Beverly Hills surgeon.

Dr. Haworth observed that Jessie’s eyebrows appeared subtly higher over the years, and her lips, fuller.

‘Her eyebrows in certain photographs appear elevated into a more graceful arch which, at her age was most likely attained with Botox,’ he claimed.

The celebrity surgeon also explained: ‘A hyaluronic acid filler such as Juvéderm or Restylane was the most likely culprit behind her present pleasingly plump lips.’ 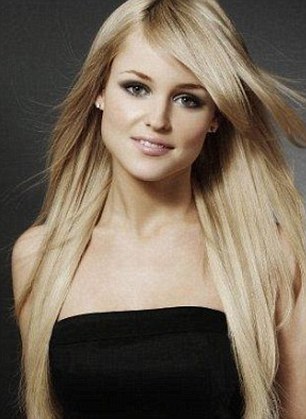 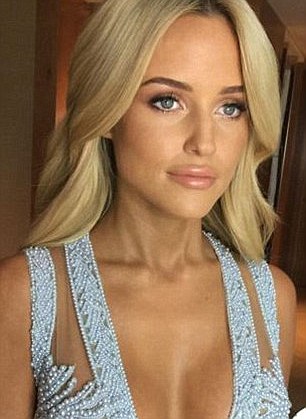 ‘A hyaluronic acid filler such as Juvéderm or Restylane was the most likely culprit behind her present pleasingly plump lips’: Dr. Haworth observed the notable change in Jessie’s pout over the years (PICTURED: L in 2009, R in 2016) 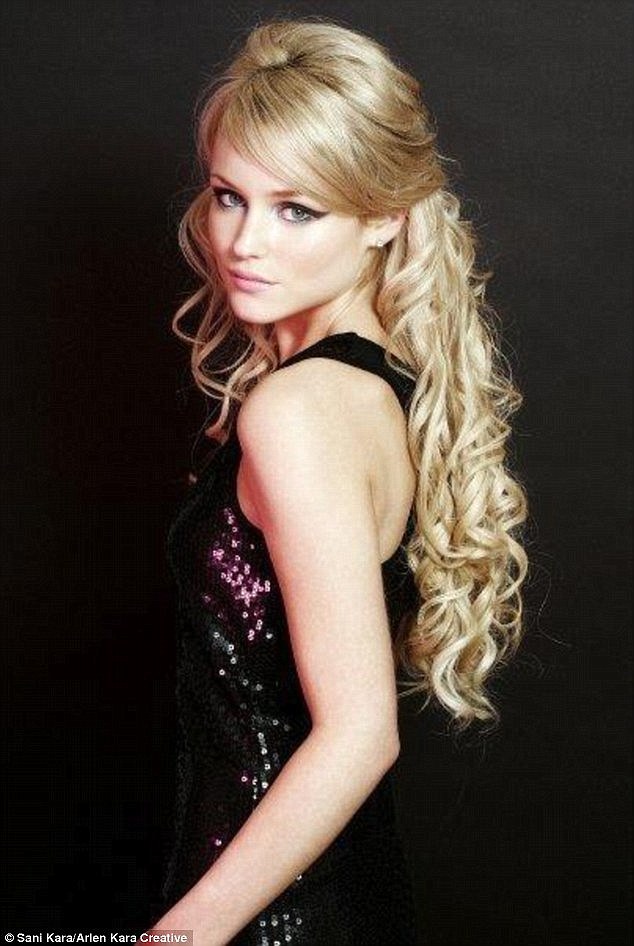 Glamour: The AFL WAG flaunted less defined cheekbones and a thinner pout in this glamourous shoot at age 20 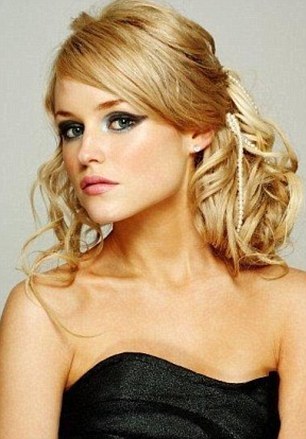 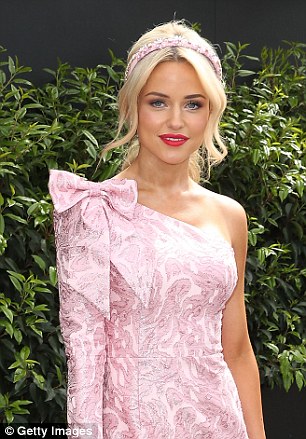 ‘At her age it was most likely attained with Botox’: The surgeon also claimed her elevated eyebrow arch over the years appears to have been achieved with cosmetic enhancements (PICTURED: L in 2009, R in 2016)

Since Jessie began dating her now-husband Carlton Football captain Marc Murphy in 2011, the blogger’s appearance has sparked speculation of plastic surgery and fillers.

Jessie was a grid girl from 2009 to 2011, and a Playboy Bunny at the Playboy 50th Anniversary Official Australian Party in 2011, among several other jobs she has held as a promo girl.

Today, her overall face shape appears thinner and her lips plumper when compared to the previous shots.

One modelling photo for a comfort bra, which was taken more recently, also features a fresh-faced Jessie with a slightly thinner lip.

‘Certain dresses reveal unnaturally round breasts with clearly defined edges’:  While Dr. Haworth believes the WAG has undergone a considerable breast augmentation, he believes they ‘complement the rest of her body’  (PICTURED: L in 2013, R in 2016)

‘What is more obvious is her augmented bosom. Certain dresses reveal unnaturally round breasts with clearly defined edges. To me, that spells breast augmentation until proven otherwise. Despite this, I feel the size of her breasts do complement the rest of her body,’ Dr. Haworth said.

The plastic surgeron continued: ‘All in all, I feel Jesse has matured into a young beautiful woman who is obviously comfortable in her own skin.’

Daily Mail Australia has reached out to Jessie Habermann for comment. 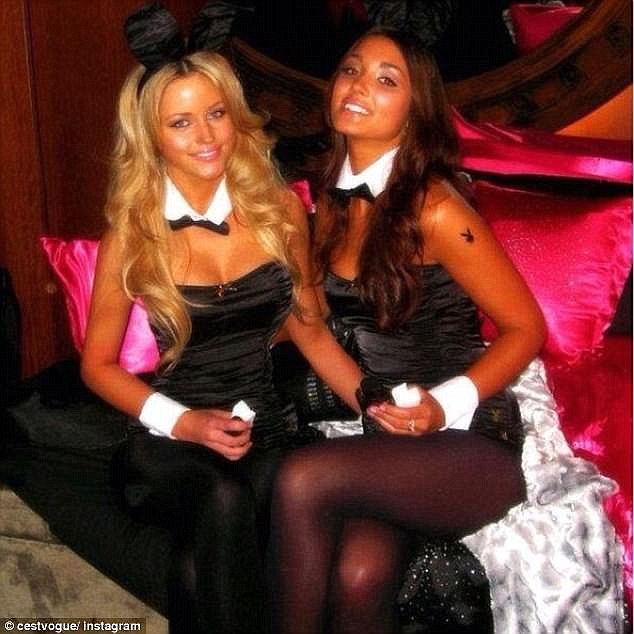 Model past: Jessie was a Playboy Bunny at the Playboy 50th Anniversary Official Australian Party in 2011 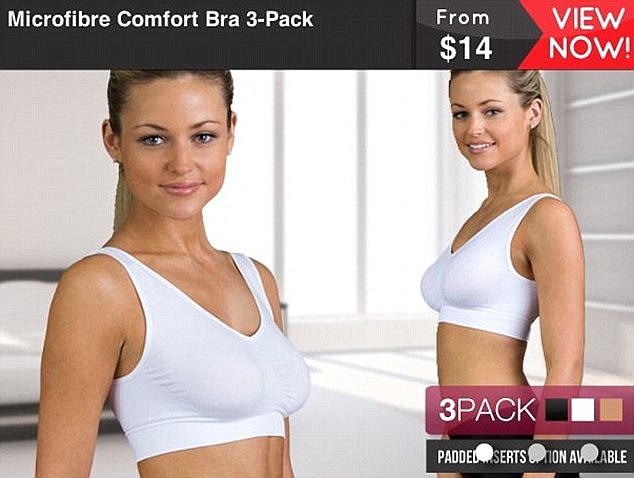 Jessie attended her first Brownlow Medal ceremony in 2011 on the arm of her now-husband Marc.

All eyes were on the blonde beauty, who turned heads as she sauntered down the carpet at Melbourne’s Crown Casino in an intricate design by Oglia-Loro that had a $26,000 price tag.

Not long after their debut, Marc proposed in September 2015 with a giant diamond sparkler. They wed in December, 2016. 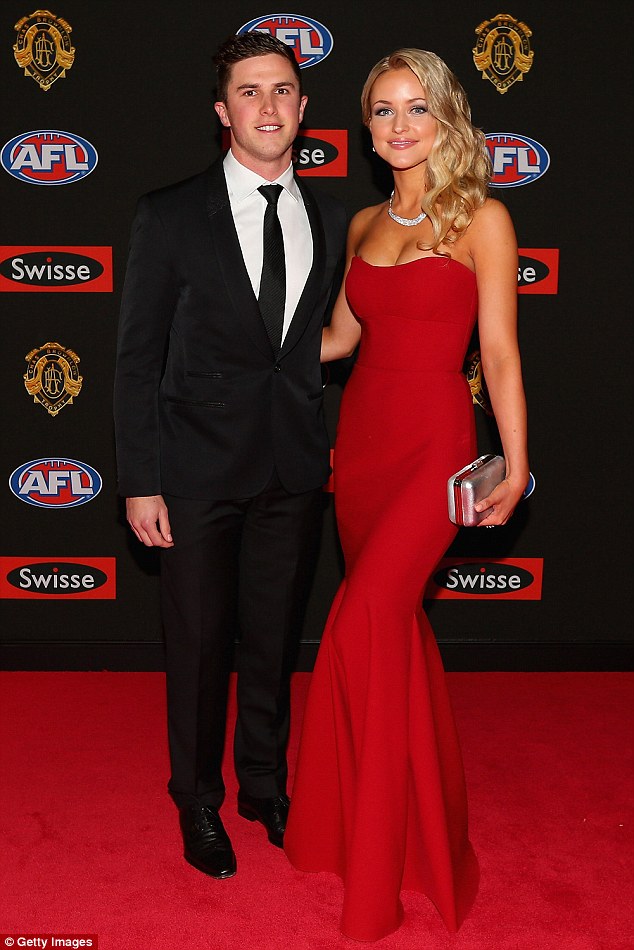 Going strong! Not long after their 2011 Brownlow debut, Marc proposed in September 2015 with a giant diamond sparkler. The couple wed in December, 2016 (Pictured in 2012)