Surgery, not antibiotics, ‘should remain first choice treatment for appendicitis’

Surgery should remain the first choice treatment for appendicitis, according to a new study.

Staff at Standard University found treating the condition with prescription medicine causes higher rates of hospital re-admissions – and is more costly in the long-term.

Researchers used insurance data to compare people admitted with the complaint from 2008 through to 2014.

Results suggested that overall costs were 5.5 per cent higher for patients who didn’t have the surgery.

Insight: Researchers at Standard University used insurance data to compare patients admitted with appendicitis from 2008 through to 2014

While an appendectomy – the surgery to remove the appendix – has long been the standard treatment, some doctors have begun offering drug therapy as an alternative.

This is primarily for patients who are poor candidates for surgery and comes after the publication of several studies showing positive outcomes.

And, while surgery carries its own risks, the study’s lead author, Dr Lindsay Sceats, insists going under the knife is still the best choice.

‘More and more patients in the Stanford emergency room have been asking about whether they can just take antibiotics when they come in with appendicitis instead of having surgery,’ she said.

‘The study was designed, in part, to help answer those questions.

‘Even if the initial hospitalisation is cheaper, when you look at long-term cost, which our study did, it ends up being more expensive.’ 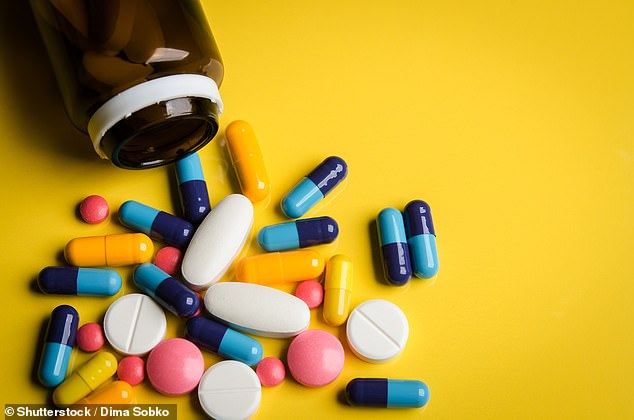 Results: Of the 58,329 people with the condition, 55,790 (95.5 per cent) underwent appendectomy. The remaining 4.5 per cent were treated with drug therapy alone

The study, published in JAMA Surgery, did find slightly higher rates of abdominal abscess post-treatment for those who avoided surgery.

It also showed the re-occurrence of appendicitis is only 3.9 per cent among those treated with antibiotics.

But the researchers concluded that an appendectomy should remain the first-line treatment for most with appendicitis.

‘These results tell us that, in most cases, surgery is still the best strategy,’ Dr Sceats added.

‘For your average, healthy 30-year-old, the alternative treatment is no cheaper, and it’s easier to have the surgery.

‘You also no longer have an appendix, so you’re no longer at risk of having appendicitis again.’

Appendicitis is inflammation of the appendix; a finger-shaped pouch that projects from the colon on the lower right side of the abdomen.

Acute appendicitis, if left untreated, can result in a ruptured appendix that can spread infection throughout the abdomen and be life-threatening. It’s most common before age 30.

WHO reveals ‘dangerous’ misuse of antibiotics across the world

‘Urgent’ action is needed to tackle the global misuse of antibiotics, the World Health Organization warned, earlier this week.

The UN body has compared data from 65 countries to reveal the nations which dish the drugs out the most and least often.

Doctors in Mongolia are guilty of prescribing the most antibiotics per person, according to the WHO analysis. At the other end of the scale, Burundi in Africa had the lowest rate.

Antibiotics have been doled out unnecessarily by GPs and hospital staff for decades, fuelling once harmless bacteria to become superbugs.

And countries using too many, too few, or the wrong types of antibiotics may all be adding to the risk of medicines becoming less effective against common illnesses.

‘The large difference in antibiotic use worldwide indicates that some countries are probably overusing antibiotics,’ the World Health Organization warned.

‘While other countries may not have sufficient access to these life-saving medicines.’