Surveillance video shows pedestrian run over by a stolen truck

A pedestrian in Argentina is recuperating after the driver of a stolen van hit him and sped away while being chased by 11 police motorcycles.

A surveillance camera captured the moment a man was walking in the middle of a street in the Buenos Aires town of González Catán on Wednesday morning when he was suddenly mowed down by Franco Parabagna, 22.

Local media outlets reported that cops in the city of La Matanza launched a pursuit after a male witness reported Parabagna and a 15-year-old boy had stolen a Renault Kangoo.

A pedestrian is recuperating at a hospital in Buenos Aires, Argentina, after he was run over by the driver of a stolen van Wednesday. He suffered a head injury and a dislocated shoulder 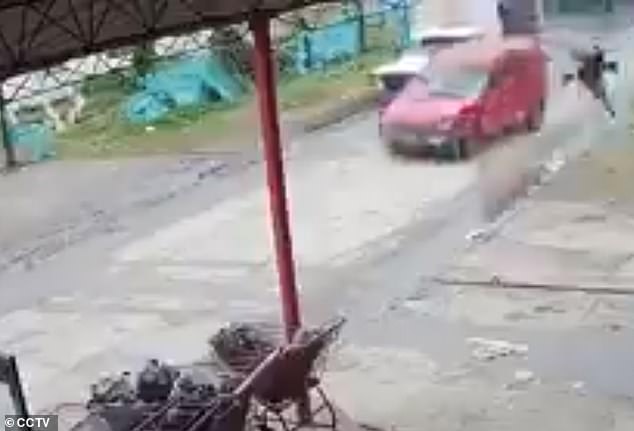 The suspects were pursued for several blocks before Parabagna, who was speeding next to a truck, failed to hit the breaks and slammed into a pedestrian.

The impact of the collision lifted the man off the road before he hit his head on the sidewalk.

Several cops continued the pursuit of the two suspects before three cops stopped their motorcycles and came to the aid of the injured victim. 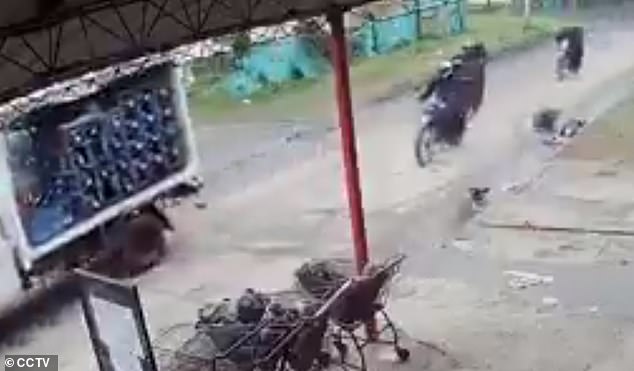 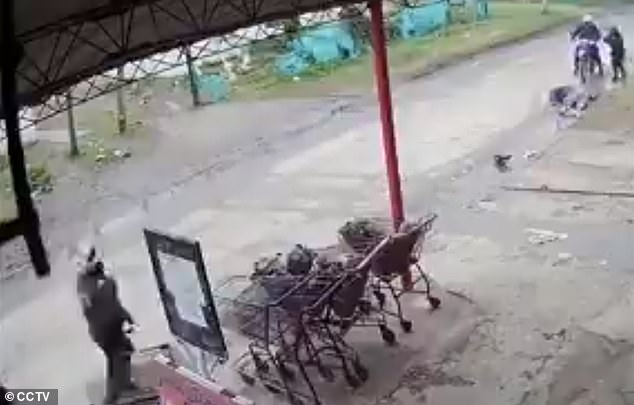 A police officer (bottom left) walks back to check on the health of a pedestrian who was struck by a stolen van Wednesday in Buenos Aires, Argentina

The unconscious man was rushed to the local Paroissien Hospital where he was diagnosed with a dislocated left shoulder and a head injury. The injuries were not life threatening.

The suspects abandoned the vehicle several blocks over and led the police on a foot chase, but were immediately apprehended.