Siblings often suspect it while most parents would go to great lengths to deny it.

But new research suggests a large proportion of parents really do have a favourite son or daughter.

In a snapshot of parenting attitudes, nearly a quarter of mothers and fathers admitted to preferring one of their children over the other.

This increased to 42 per cent when grandparents were asked about their grandchildren.

In a snapshot of parenting attitudes carried out by Mumsnet and Gransnet, nearly a quarter of mothers and fathers admitted to preferring one of their children over the other. File image

The anonymous survey asked 1,185 Mumsnet users and 1,111 Gransnet users to share their honest opinions towards their children.

Results show that 23 per cent of parents with more than one children had a favourite.

More than half of these respondents admitted to liking their youngest the most, while 26 per cent favoured the oldest.

Some 13 per cent said they believed their children knew about their preference.

Meanwhile 39 per cent of grandparents said they preferred their first grandchild over the other. 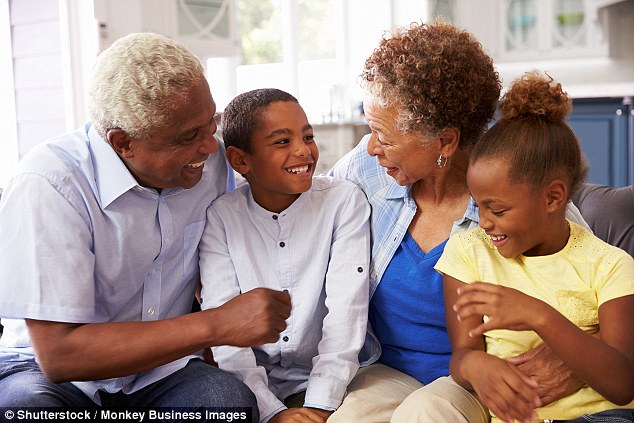 Some 42 per cent of grandchildren admit to having a favourite grandchild. File image

When asked what qualities endeared the ‘favourite’ to them, parents said it was because they were ‘easy’, ‘funny’ and ‘affectionate’.

While around half of the parents surveyed admitted having a favourite is ‘awful’, a third claimed they did not feel ashamed.

Mumsnet and Gransnet founder Justine Roberts said: ‘Favouritism is one of the last taboos and can provoke a lot of guilt, so it’s important to say that feeling a greater affinity for a particular child – often, whichever one is willing to put their shoes on – is fairly common, and doesn’t have to be disastrous.

‘Toxic favouritism, where siblings become aware of being treated unfairly over the long term, is a whole other ball game.

‘The distilled Mumsnet wisdom on this issue is that lots of parents like their children differently: the crucial thing is to love them all wholly.’