Susan Boyle has revealed she’d love to foster children in the near future ‘when things quieten down’ with her career.

The 58-year-old musician, who released her eighth studio album Ten last month, detailed her parenting plans as she admitted her biggest regret is ‘not starting a family of my own’.

The 2009 Britain’s Got Talent contestant said on The Dan Wootton Interview podcast: ‘When things quieten down a bit I would like to get into fostering. I’m 58 so I’ve got something to bring my family home to.

Future plans: Susan Boyle has revealed she’d love to foster children ‘when things quieten down’ with her career

I Dreamed a Dream songstress Susan elaborated: ‘I’ve got a lovely house, why not share it?

‘I’ve got a couple who think the world of me. I love kids. I’ve never had any of my own, that’s my biggest regret, but I love kids. They’re good fun to be with.

‘I am happy. I am loving every minute, loving life and bring on the rest’, the TV personality added.

Earlier this year, the singer, who was diagnosed with Asperger syndrome back in 2012, revealed she’s ‘coping better’ with fame status 10 years after her BGT debut. 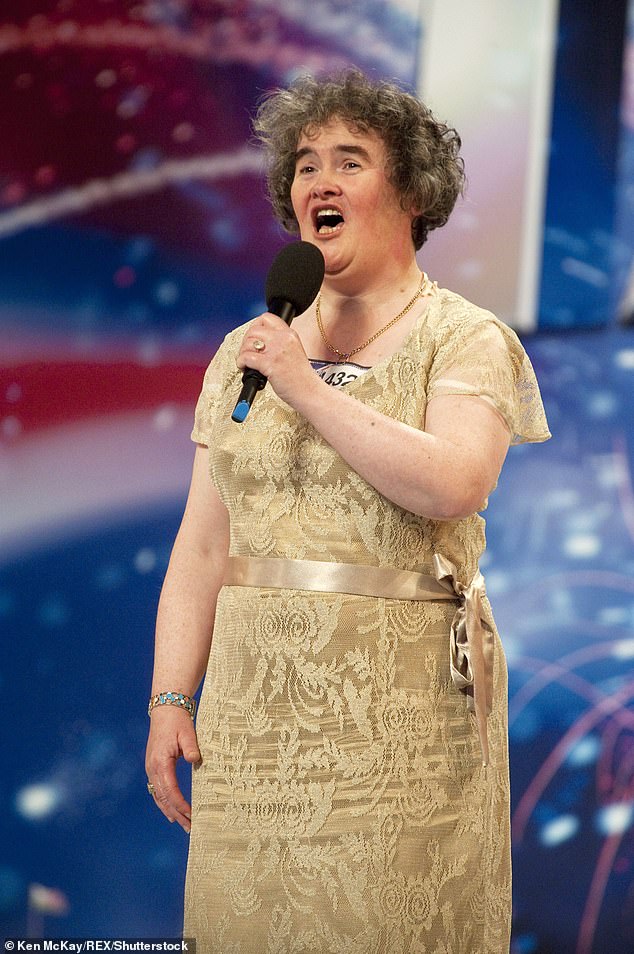 Candid: The 58-year-old musician detailed her parenting plans as she admitted her biggest regret is ‘not starting a family of my own’ (pictured on BGT in 2009)

In an interview with The Sun, the Hope hitmaker insisted she prefers a humble lifestyle as she still lives in her parents’ council house, despite reportedly being worth £12million.

Scottish native Susan detailed her experience with fame: ‘I’m managing things a lot better now. It was a slow process… but I’m coping inside a lot better now and I’m ready — more than ready — for what’s coming.’

She went on to reveal that she feels more comfortable to discuss the topic of mental health. 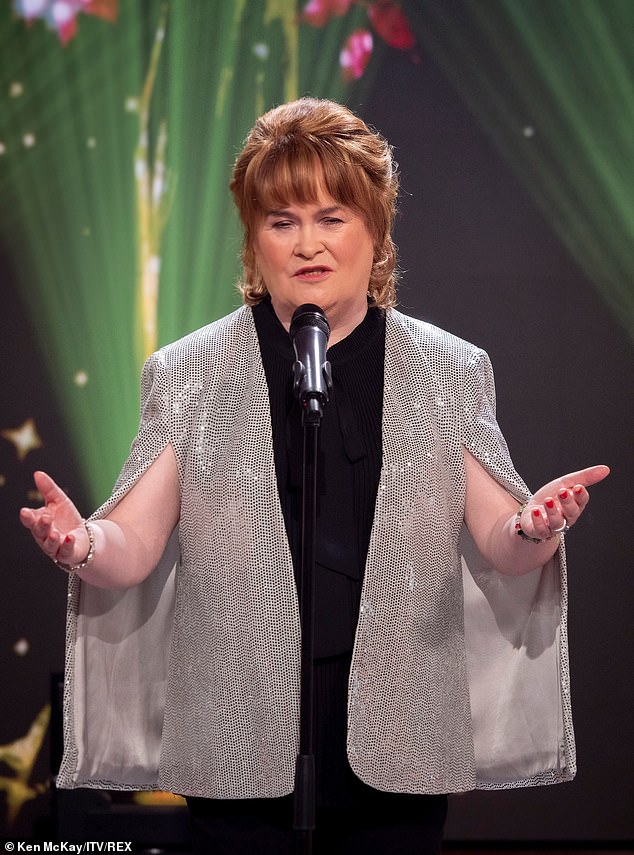 ‘I’ve got a lovely house, why not share it? The 2009 Britain’s Got Talent contestant insisted she’d love to share her old family home in Blackburn, West Lothian, with her future children

WHAT IS ASPERGER SYNDROME?

Asperger syndrome (AS) is a lifelong developmental disability that affects how people perceive the world and interact with others.

People with AS see, hear and feel the world differently to other people.

They may feel easily overwhelmed and anxious.

Taking part in everyday life and relating to other people can also be challenging.

Unlike autism, AS patients are typically less affected by learning difficulties and speech problems.

Yet, AS is a spectrum condition and affects its sufferers differently.

Counselling and visual aids may help.

Susan shared: ‘Years ago there used to be a stigma about it but now there is more knowledge, more expertise, and talking about things makes it a lot easier. A lot easier.’

While she’s broken a number of musical records ever since her career-changing audition, Susan insisted she still embraces her humble background, and resides in her hometown of Blackburn, West Lothian.

Shortly after her stint on the ITV talent show, the former charity worker bought a £300,000 five-bed detached property.

However, Susan has revealed she’s gifted the ‘plush’ house to her niece, while she lives in her old parents’ home.

Explaining her decision, she shared: ‘It’s good to be in your mum’s house as well, there’s a lot of nice memories in my mum’s. I sort of feel she’s present here, somehow.’

Her father Patrick, who served as a World War Two veteran, died aged 81 in 1997, and her mother Bridget passed away aged 91, just two years before her audition.

Meanwhile, Susan recently proved she’s still the one to beat after receiving a Golden Buzzer and being the first contestant through to the finals on the premiere episode of America’s Got Talent: The Champions.

Detailing her return to the Got Talent franchise, Susan previously told USA Today: ‘I couldn’t possibly walk away from a second chance to prove myself.’ 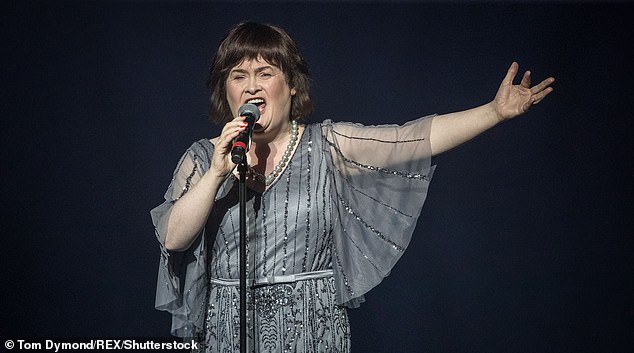 In a better place: Earlier this year, the singer, who was diagnosed with Asperger syndrome back in 2012, revealed she’s ‘coping better’ with fame status 10 years after her BGT debut