A heartbroken multi-millionaire has asked family and friends to ‘bear with him’ after declaring he plans to take a whole year off to mourn the death of his wife.

Reclusive property developer Isaac Wakil announced the death of his wife Susan, 84, with a public notice on page six of the Sydney Morning Herald on Wednesday.

Once darlings of Sydney’s social scene, the Wakils amassed a $200 million portfolio of rundown properties across the city – including the Terminus Hotel at Pyrmont.

After losing his wife of more than six decades, Mr Wakil laid bare his emotions with the notice telling the public how his wife had been ‘his pillar and his icon’.

Heartbroken multi-millionaire Isaac Wakil has announced he will take a year off to mourn the death of his wife Susan. The property developers turned philanthropists were married 62 years 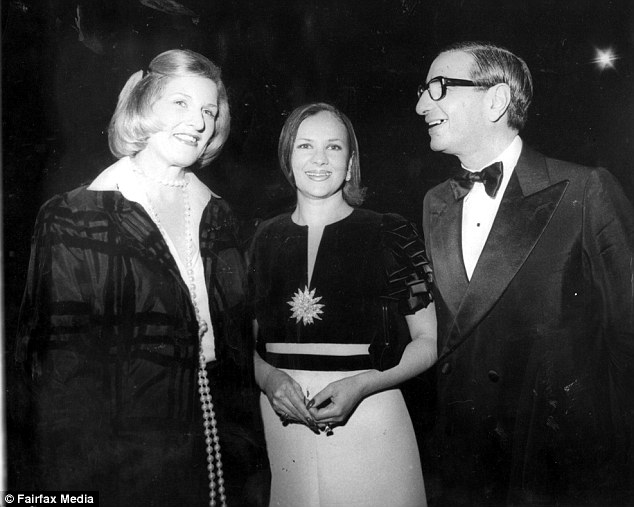 ‘It’s with great pain and shock that Isaac Wakil sadly announces the untimely passing of his devoted wife, a partner, friend, his pillar and icon of 62 years, Susan,’ it read.

‘My love for Susan will never fade. And to me she will always remain beautiful.

‘Isaac requests friends and family bear with him as he has decided to take one year of mourning. In lieu of flowers, your kind thoughts stand.’

Observing a 12-month mourning period is common practice for those of Jewish faith.

During the 1980s and 1990s the couple – who have no children – were regular fixtures of the social pages of Sydney’s newspapers.

Mrs Wakil, who escaped war-torn Europe following her mother’s death in a Soviet concentration camp, was regarded as one of Australia’s most fashionable women.

At the height of their time on the social scene she would regularly wear dresses by French designer Yves St Laurent, costing as much as $20,000 each.

The haute couture outfits were often purchased for Mrs Wakil by her Iraqi immigrant husband, for her wear to lavish charity dinners she threw for Sydney’s society ladies. 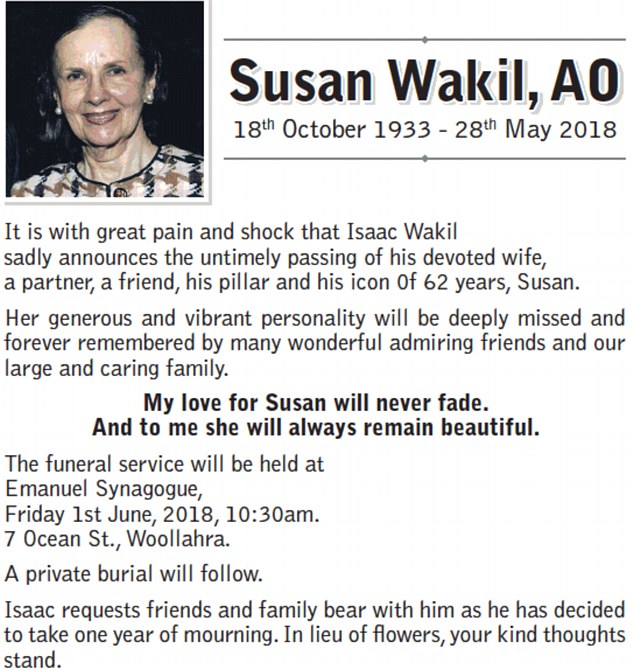 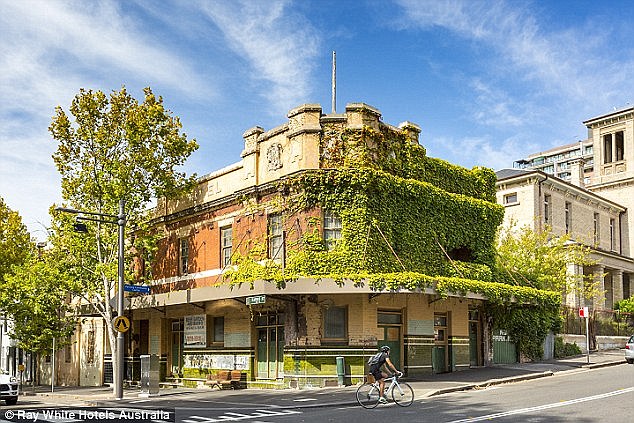 The couple amassed an enormous portfolio of empty properties and warehouses right across Sydney’s CBD and inner suburbs, including the Terminus Hotel (pictured) at Pyrmont 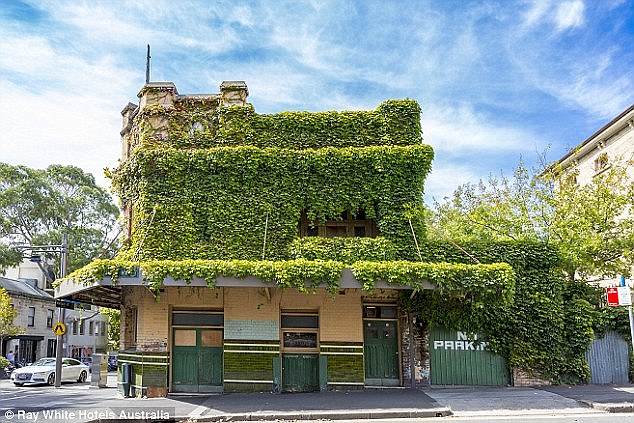 Since closing in 1985 the pub has been covered in ivy, but that didn’t stop the Wakil’s fetching $5million when they sold it in 2016 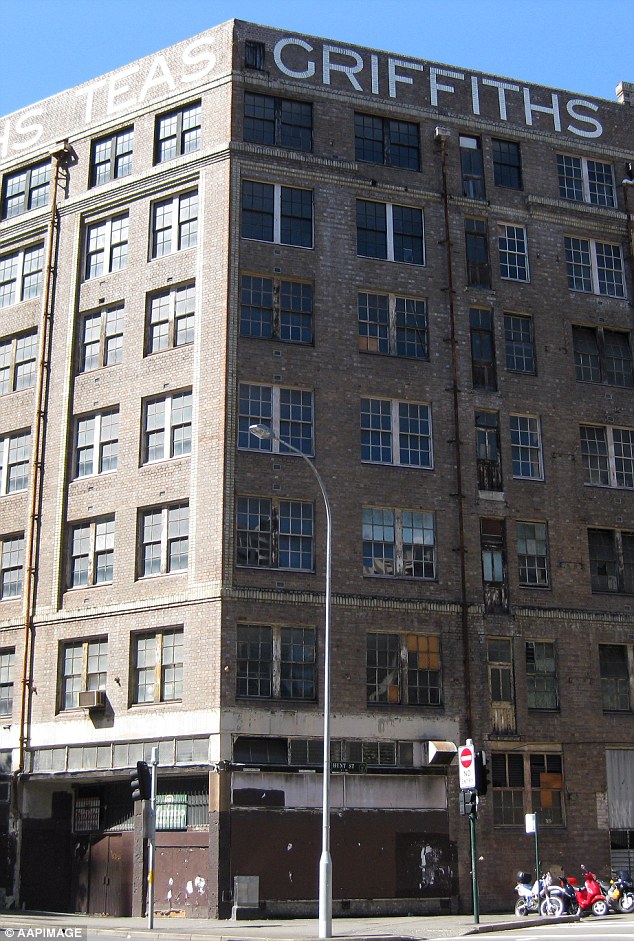 The Griffiths Tea building (pictured) in Surry Hills is among other rundown buildings that were snapped up by the Wakils. In 2014 they sold it to developers for an eye watering $22 million

While the immaculately-dressed Mrs Wakil worked hard as a patron of the arts, her husband was off quietly buying up property to add to his portfolio.

Targeting Sydney’s CBD and the inner city suburbs of Surry Hills and Pyrmont, they would often buy rundown holdings that are worth millions in the modern market.

Despite many of their properties appearing unattractive, the Wakil’s property genius and wealth meant they could keep them untenanted – making them very valuable to developers.

The Terminus Hotel in Pyrmont and the Griffiths Tea building in Surry Hills are among the jewels in their derelict portfolio.

But at sometime during the 1990s the couple mysteriously vanished, ignoring invites to events and keeping largely to themselves.

After almost two decades living in private the couple agreed to an interview in 2016 where they explained their absence and plans to donate all of their massive fortune. 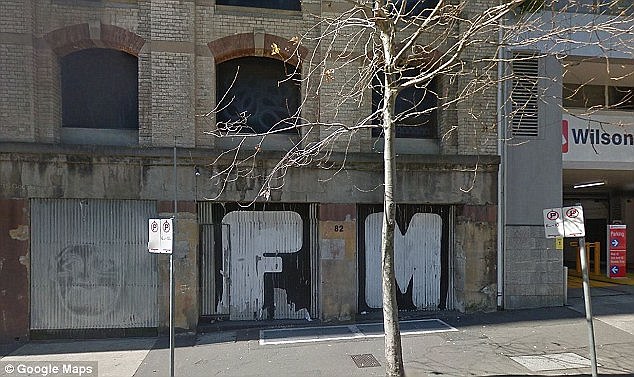 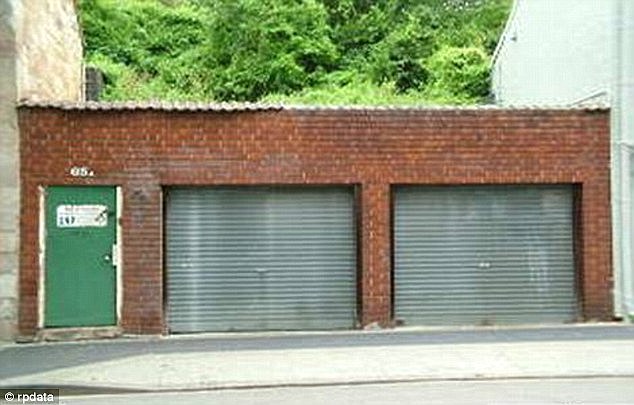 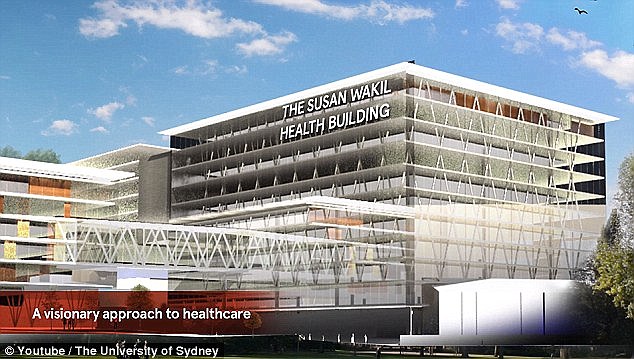 The couple began selling off their properties in 2014 to make philanthropic donations, such as $35 million for a ‘Susan Wakil Health Building at the University of Sydney (artists impression)

‘When Susan decided not to go out any more, I chose to stay at home with her,’ Mr Wakil told the Wentworth Courier.

‘We do not accept any invitations. My work and business is set up from my house.’

That year Mrs Wakil donated $35 million to the University of Sydney for a new health and medicine wing. It is the biggest philanthropic donation in the university’s history.

The Susan Wakil Health Building is due to be completed by 2019.

‘We felt it was a good thing to do as Australia is a great country and we wanted to give something back,’ Mr Wakil said.