Suspect arrested after driving through Chicago mall in an SUV

A suspect has been arrested for driving erratically through the inside of a Chicago mall in an SUV in a chaotic rampage that as mistaken for an active shooter.

The incident unfolded at Woodfield mall in Schaumburg on Friday afternoon.

Fox 32, a local outlet, initially reported that there were fears a shooter was on the scene. They corrected their story shortly afterwards to say it was a false alarm.

Videos from the scene showed the male driver speeding past terrified shoppers.

The suspect has not yet been named. 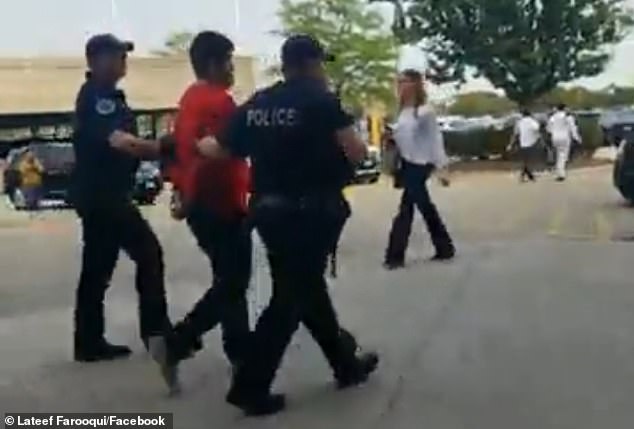 The suspect, an unidentified male, was taken away from the scene in handcuffs 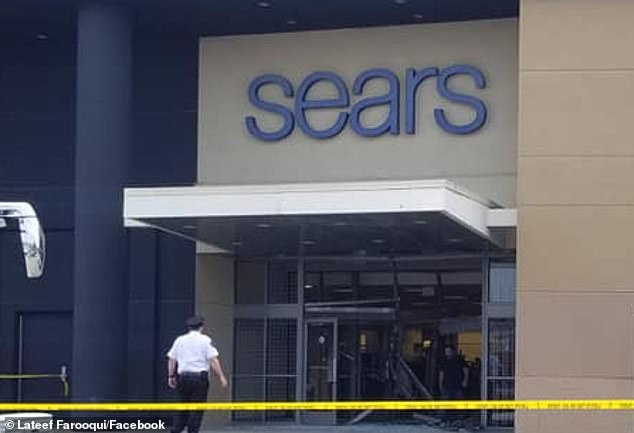 They screamed and dispersed in different directions as the vehicle sped through, before eventually crashing into a pillar.

The driver was arrested at the scene and was led away in handcuffs.

It remains unclear if he was under the influence of drugs or alcohol, or if he injured anyone.

He plowed through the doors of Sears to gain entry to the mall then carried on.

Among the store fronts he destroyed were Forever 21 and Hollister.

‘To see all the panic, it was definitely frightening. You hear about this stuff on the news all the time, and wouldn’t expect it to come so close to where you live. 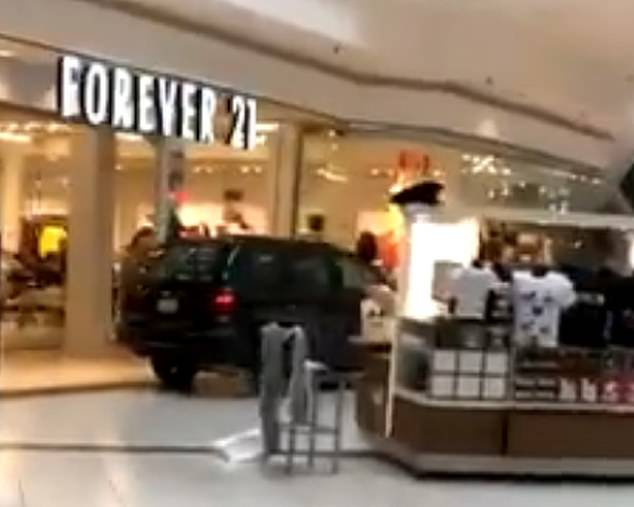 Another man who was working at the time said he was first alerted to the danger when people began ‘bolting’ into their store.

‘All of a sudden, we just see people bolting across our store, bolting into our store,’ Jonathan Galingan said.

‘They were yelling, “active shooter!” We all panicked and were in shock, so we started escorting people toward our backdoor,’ he said.

He and one of his colleagues led terrified shoppers out an emergency exit.

‘I was thinking of the children that were coming in, being yanked by their parents,’ he said. 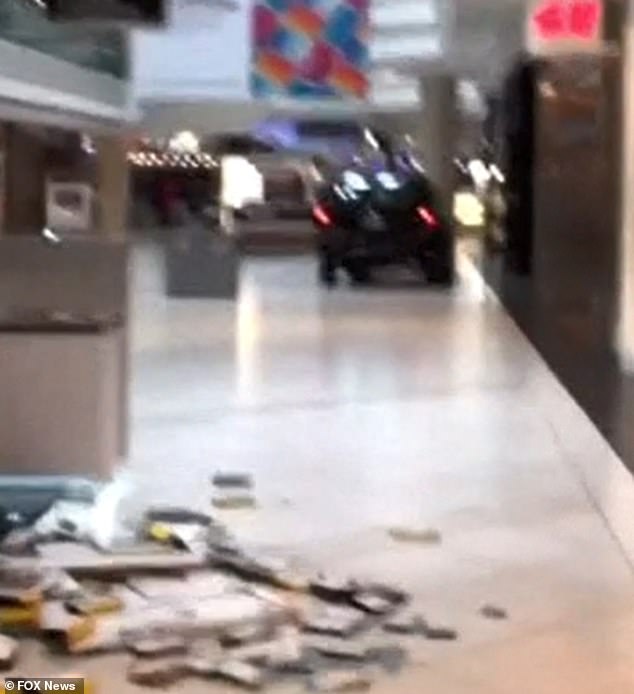 The SUV drove inside Woodfield mall in Schaumburg on Friday