German authorities have said they may have made a breakthrough in their investigation of the mysterious 2001 disappearance of a 9-year-old girl.

A 41 year old man has told Bavarian police he transported the body of Peggy Knobloch, who disappeared on her way home from school in the town of Lichtenberg, in Saxony.

The man, who is only known as ‘Manuel S’, described  taking her body to woods in neighboring Thuringia state where her remains were found in 2016.

Peggy Knobloch, nine, pictured above on her gravestone, disappeared in May 2001 in Nordhalben, Germany. A 41-year-old man has told Bavarian Police he buried the remains of Peggy in the neighbouring Thuringia state, where her bones were found more than 15 years later

The officials said he told investigators that another man gave him the girl’s body at a bus stop in the small town of Lichtenberg and he claims to have tried to revive her, before driving the body away.

Details of how this handover took place were not provided.

He says he burned the girl’s school bag and jacket at home several days later.

The suspect was identified as Manuel S. in line with privacy rules. 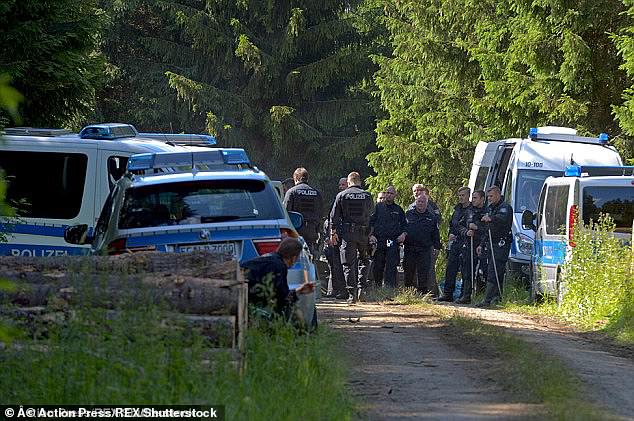 The girl’s remains were found between Nordhalben and Rodacherbrunn, approximately nine miles from her home in 2016, more than 15 years later 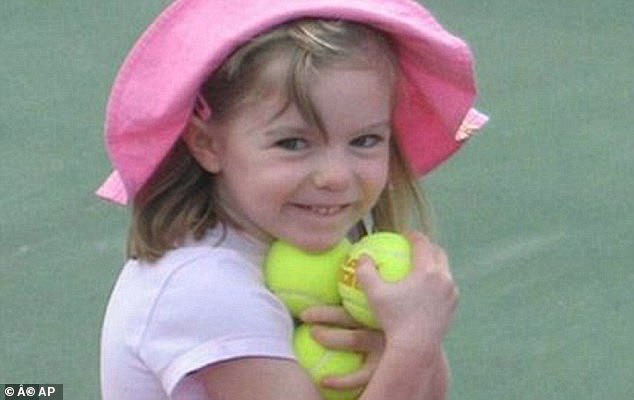 Peggy’s case is similar to Madeleine McCann who vanished without trace from Portugal on May 3, 2007

In Germany, the disappearance sparked a huge search as far as Turkey, because officers investigating thought the girl was kidnapped.

More than 15 years later in 2016, her bones were found by mushroom pickers in the neighbouring state of Thuringia, around a nine minute drive away.

Prosecutor Daniel Goetz said the man is being investigated on suspicion of murder, to which the statute of limitations doesn’t apply in Germany. 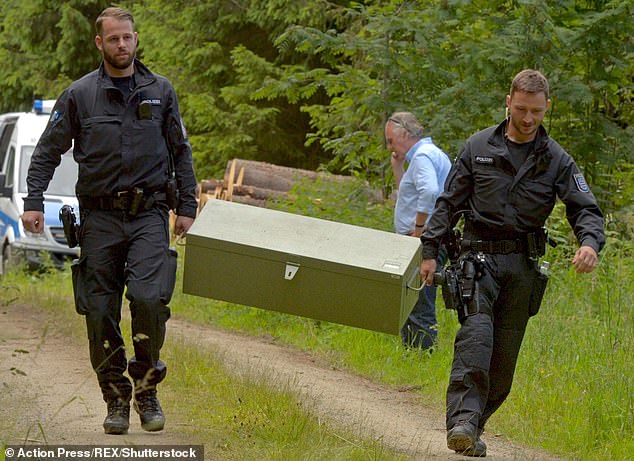 Police officers carry a box at the site where the bones of missing Peggy Knobloch were found near Rodacherbrunn, Germany in 2016

This means the suspect was released after questioning because there wasn’t enough evidence to hold him.

The suspect was questioned last week after an analysis of evidence found at the scene gave investigators reason to look into his possible involvement, authorities said.

A mentally disabled man was convicted of the girl’s murder in 2004 but acquitted in a retrial a decade later.

In 2016, investigators found the DNA of a member of a far-right group that killed 10 people at the site where the body was found, but then determined that a contaminated tool was to blame.