‘Iraqi’ suspect, 33, feared to be plotting a Manchester-style Christmas bomb attack is charged with planning an act of terrorism

By Darren Boyle and Chris Dyer For Mailonline

A terror suspect who was nicknamed ‘Pigeon Man’ by his neighbours after hoarding 25 birds in his ground-floor flat has been charged terrorism offences.

The 33-year-old man from Newcastle has been charged with planning an act of terrorism, police said.

It was feared the suspect, who has not been named by police, could have been planning a Manchester-style bomb attack over the Christmas period.

Officers from Counter Terrorism Policing North East were helped by Northumbria Police when officers arrested the man on Tuesday.

He was taken to a police station in West Yorkshire where he was questioned on suspicion of being concerned in the commission, preparation or instigation of acts of terrorism.

Police said the arrest was intelligence-led and was planned as part of an ongoing investigation by the counter-terror unit.

Officers were seen searching a house in the Arthur’s Hill area of the city today.

The man will appear at Westminster Magistrates’ Court on Saturday charged with one count of engaging in the preparation of an act of terrorism.

Chief Superintendent Neil Hutchison, local policing commander for Newcastle, said officers will continue to patrol Arthur’s Hill and speak to anyone with concerns.

He added: ‘We recognise that the activity in the past week will have caused some concern and unavoidable disruption to the communities we serve.

‘We work very closely with our colleagues in Counter Terrorism Policing North East to keep our communities safe.

‘Our main priority will always be public safety and protecting the people of Northumbria.’

The man who was described by a neighbour as someone who kept pigeons and rabbits. 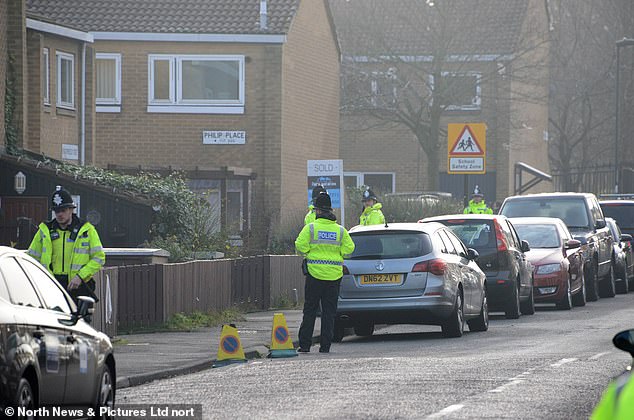 Counter terrorism police swooped on an address in Newcastle on Tuesday with armed officers keeping guard of the property today.

It is understood that the suspect is believed to live in the house which was raided.

Anti-terror police were last night granted an extension to hold the 33-year-old man.

Neighbour Gurmit Kaur, 78 said today: ‘We didn’t speak to him much.

‘He’s new to the neighbourhood, he’s lived here no more than two years.

‘When he moved in he brought pigeons with him then a few months later he had rabbits there too. That’s what the box is in the garden.

‘When we talked about him we called him pigeon man. We didn’t know his name.’

Police appear to have been combing a pigeon box in the back garden of the property for potential evidence.

Officers have also removed a black and a white rabbit as potential evidence in the investigation. 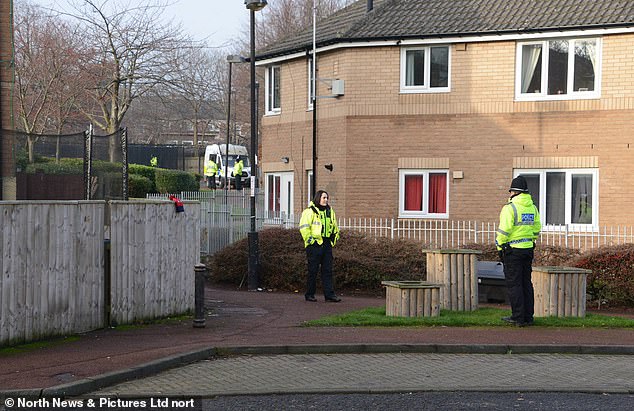 A police spokesman said: ‘The man was arrested on suspicion of being concerned in the commission, preparation or instigation of acts of terrorism under section 41 of the Terrorism Act 2000.

‘(Yesterday) afternoon an extension was approved by the court, giving detectives until Tuesday December 18, 2018 to hold and question him.

‘Northumbria Police continue to work closely with their partners and communities to reassure local people and protect the public.

‘Searches continue at the address in Arthur’s Hill and the investigation is ongoing.’

It is feared the suspect was planning a Manchester-style suicide attack to coincide with Christmas.

The Times claims the man has lived in Newcastle for the past six years and was forced to leave his last home because of ‘noise’.