One of the men accused of murdering a Hofstra graduate after a night of drug-fueled partying has described in gory detail how it was his friend, the adopted son of the ‘jeweler to the stars’ and not him who is guilty of the killing.

Lawrence Dilione, 29, told a court in New York on Monday that it was his friend James Rackover who stabbed 26-year-old Joseph Comunale at his Upper East Side apartment in November 2016.

Rackover, 26, is closely linked to celebrity jeweler Jeffrey Rackover. He has been described both as his lover and as an adopted son.

He and Dilione are both accused of murdering Comunale over an argument over cigarettes at Rackover’s home. The young man’s body was found in a shallow grave in New Jersey three days after the night of partying.

He had been strangled, stabbed and beaten.

Lawrence Dilione, 29, (seen in court in October) described on Monday how his friend James Rackover allegedly stabbed and strangled Joseph Comunale after a night of drinking and drugs in November 2016

Claiming that he was responsible only for punching the young man, Dilione calmly described on Monday how he allegedly watched Rackover stab him once the fight got out of hand.

‘I turned around and that’s when I saw the knife being pulled out of Joey’s head,’ he said.

Dilione gave the harrowing statements at a pretrial suppression hearing on Monday which was attended by The New York Post.

The purpose of the hearing is to determine whether or not Dilione’s testimony should be admissible at a trial.

It was not the first time he has made the statements. In 2016, after being arrested, he gave a similar account to the police.

His attorney is fighting to have it thrown out, claiming that he gave the statement without an attorney present despite asking for one.

He has also said that none of what any of the men say should be trusted entirely because they all had been drinking and taking drugs on the night of the murder. 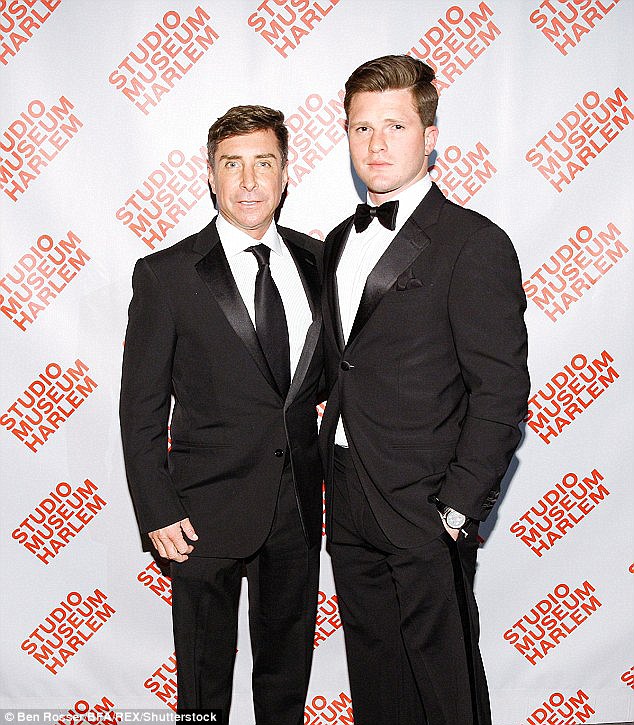 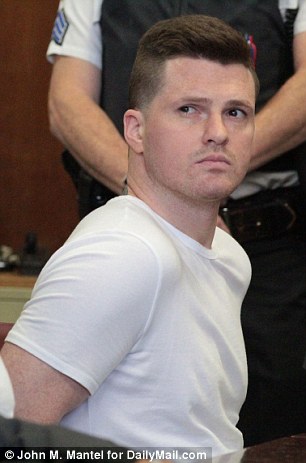 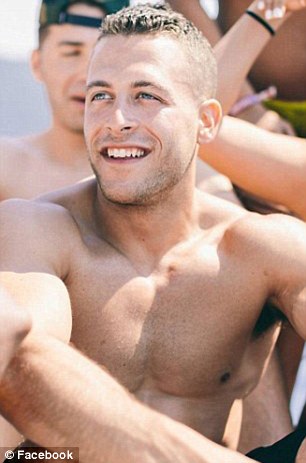 Dilione claims it was James Rackover (left in court in October) who killed Joseph Comunale (right), 26, by strangling and stabbing him 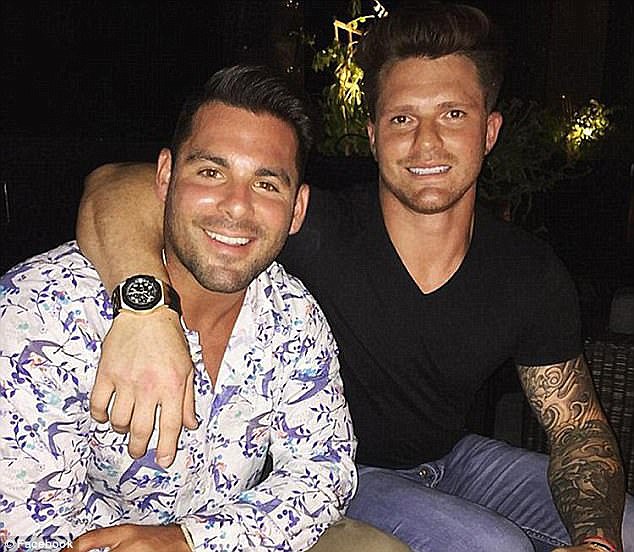 Dilione, Comunale and Rackover had returned to Rackover’s apartment after partying at the Highline Ballroom where they and three others consumed two large bottles of vodka and cocaine.

They went to another bar afterwards then all trooped back to Rackover’s home with Max Gemma, a friend of Dilione who grew up with him in New Jersey.

James is bringing the cocaine, I’ve got cigarettes. What the f*** are you bringing to the table?

Dilione claimed that the fight started when Comunale accused him of taking free alcohol and drugs from him and Rackover without paying his way.

He allegedly said: ‘James is bringing cocaine, I’ve got cigarettes, what the f*** are you bringing to the table.’

Furious, he lunged at him and began beating him, he said.

The beating, he said, was so severe that Comunale started struggling to breathe. That is when Rackover allegedly decided to stab him to ‘get rid’ of him.

‘He was having trouble breathing. [James] said, “We’re gonna go to jail for a long time, we gotta get rid of him.”

‘I said, “I’ll take the blame,” but he said “Look at my hands,” and they were covered in blood. At that point [Rackover] started to strangle him,’ he said.

Dilione claims he took off his jeans and this was what the host used to strangle the victim. 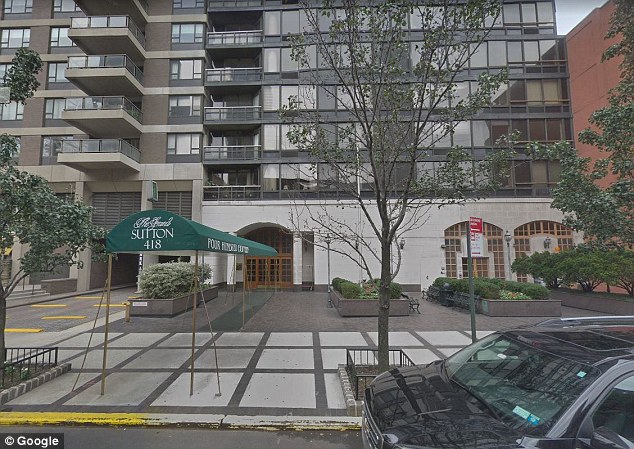 The men were at James Rackover’s fourth floor apartment in this Upper East Side building which is where the killing took place. After stabbing and strangling him, Rackover allegedly ordered for his surrogate father’s Mercedes to be brought round to the front of the building. Dilione claims he then tossed Comunale’s wrapped-up corpse out a window onto the sidewalk and the pair then bundled him into the trunk to drive it to New Jersey

‘We were ordered (by James) to take off our clothes, and my pair of jeans was used for strangling Joey,’ he said.

Comunale did not say what killed the man – whether it was the beating or the strangulation.

By this point, he had however lost consciousness, he said.

‘I guess maybe James realized he could dismember the body. He started to try and sever (Joey’s) arm, but he couldn’t get through the bone, and he got angry and started stabbing the body multiple times,’ he said.

As he stabbed him, he said Rackover shouted the word ‘motherf*****’ repeatedly.

Dilione alleged that Rackover tried to sever the victim’s arm but got the knife stuck on his shoulder and became frustrated.

He says that before plunging the knife into him, he yelled: ‘This is what you get for f****** with my boy.’ 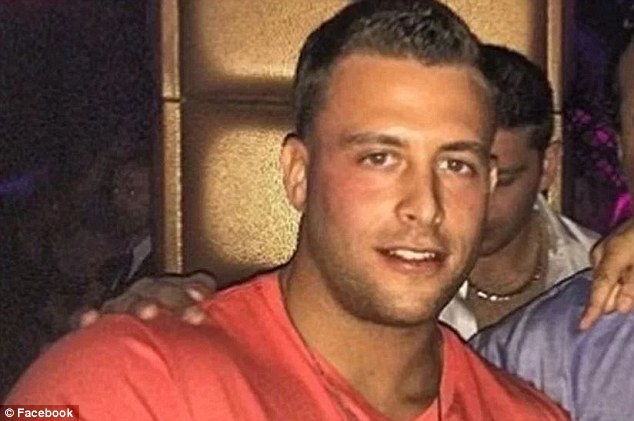 Comunale, 26, was found buried in a shallow grave behind a florist in Oceanpoint, New Jersey, days later. Police say Dilione led them to his body but his attorney wants everything he told them to be thrown out because he did not have a lawyer present 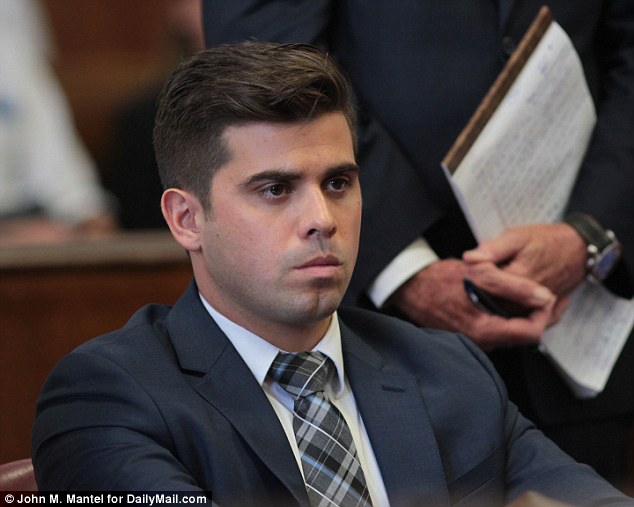 Max Gemma was also allegedly there and is accused of helping the men clean up after the murder. He denies the charges

Dilione claimed that Max Gemma, another man who had been out with them and had been sleeping in the apartment as the killing went on, was then told to leave. 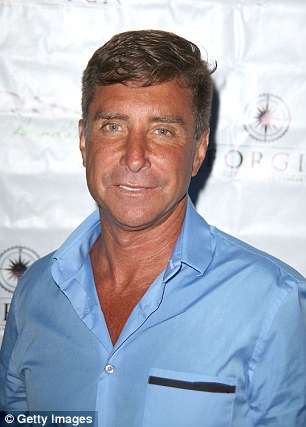 He was charged with helping the two accused murderers cover up the killing, a charge he denies.

With Gemma out of the apartment building, Dilione says he and Rackover discussed where they would dump Comunale’s body.

They at first planned to dispose of it somewhere in Brooklyn, he said, but decided against it and instead chose an area of New Jersey where Dilione had grown up, he said.

Rackover, he claimed, called down to the doorman in the luxury building to have Jeffrey Rackover’s Mercedes brought around to the front door.

Once it had been, Dilione claimed he drove it to beneath the window of his fourth floor apartment.

He then tossed the corpse – which they had by this point wrapped – onto the sidewalk. The fall is what shattered Comunale’s pelvis.

Dilione claims that he and Rackover then pushed it into the trunk of the Mercedes and drove it out to New Jersey where they dumped it.