Strippers who worked with ‘MAGAbomber’ Cesar Sayoc revealed he would threaten to kill other dancers he was jealous of and infect them with HIV.

More sordid details emerged of Sayoc’s troubled past, including complaints made by women when he worked on the road as an exotic dancer that he was ‘rough’ and would bite their skin so hard he would leave teethmarks.

Sayoc, 56, was taken into custody on Friday morning in Plantation, Florida.

Cesar Sayoc worked as a stripper for years and would use his is 6-foot, 250-pound  frame to intimidate other men, his friend and fellow dancer David Crosby said 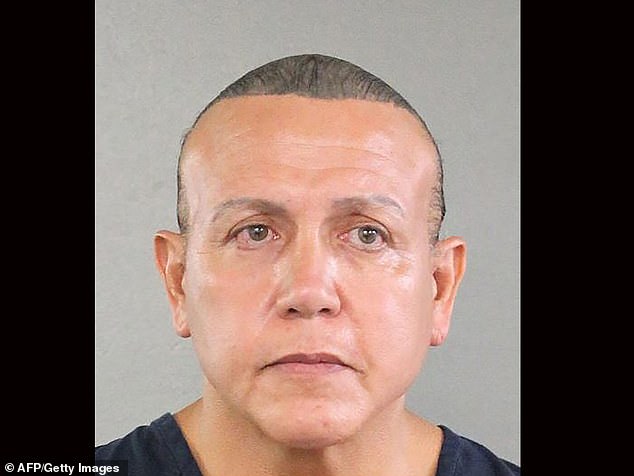 Cesar Sayoc led a male troupe of exotic dancers and threatened to kill strippers he was jealous of or who he thought were getting paid more money than him, close friends have said

He is charged with five federal crimes, including interstate transportation of an explosive, illegal mailing of explosives, threats against a former president, threatening interstate communications, and assaulting current and former federal officers.

TMZ reported that on several occasions, he threatened other dancers and was constantly jealous of colleagues who were making more money than him or diminishing his presence on stage.

According to dancers who worked with him, Cesar once threatened to stab another dancer with a syringe loaded with HIV-infected blood.

It is understood that Cesar once got so jealous of a rival dancer, he taped tuna can lids to the bottom of his boots and threatened to stomp the dancer’s face and cut him up.

‘When people laughed at him, he became enraged and said, ‘Just wait. I’m going to take this guy out’, one dancer told TMZ. 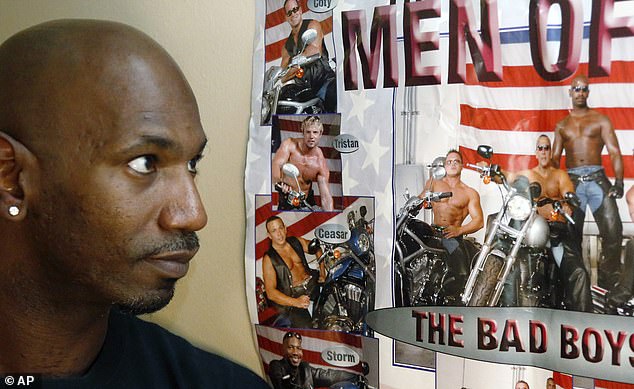 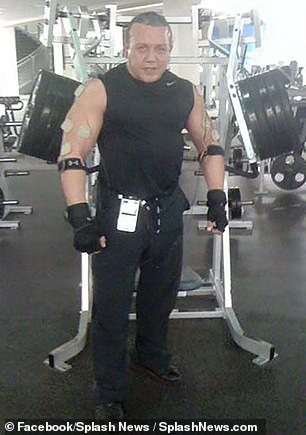 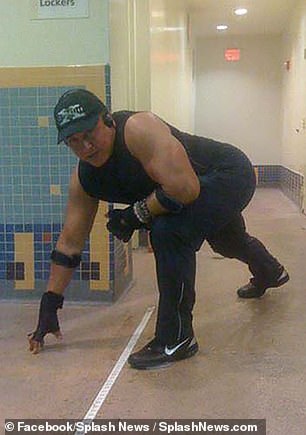 A fellow dancer who traveled the country with Sayoc as lead a mixed-race troupe of male exotic dancers provided insight on his the would-be bombers personality, saying he had had a “zero to 100” temper.

However when they worked together he never expressed racism or homophobia or spoke about his political views.

‘We were friends, we were boys, we traveled in the same van, slept in the same room,’ said former dancer David Crosby. 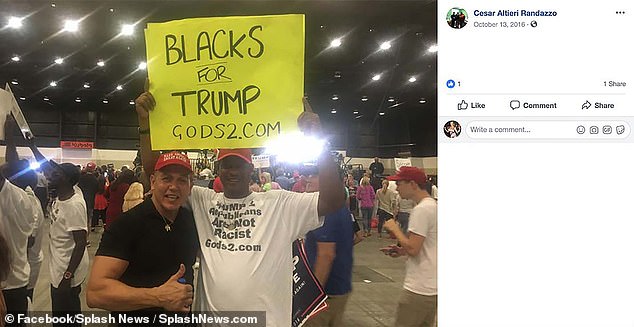 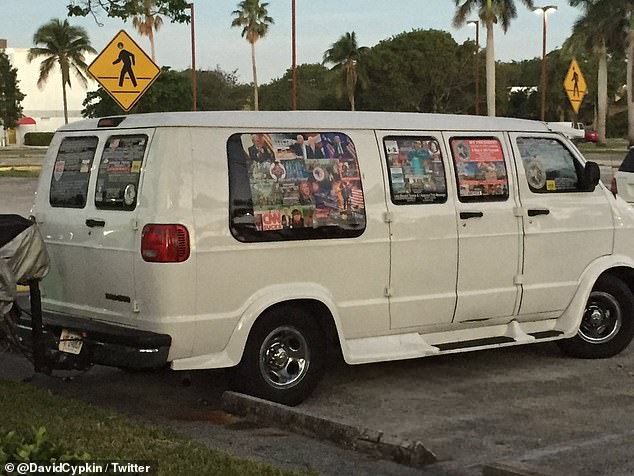 Sayoc would keep dolls with their heads cut off in his van, his former boss at a pizza restaurant said 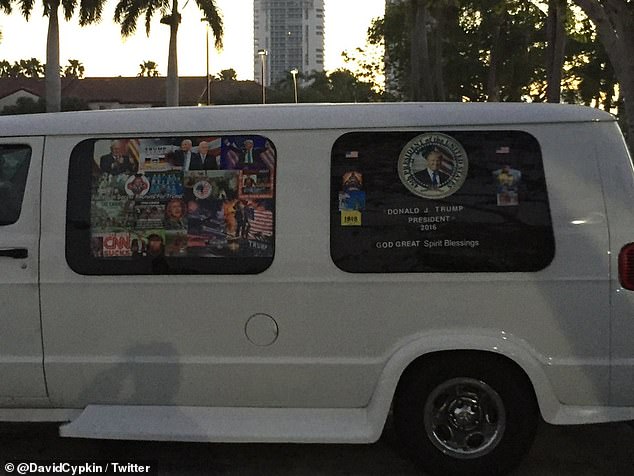 His van was a shrine to Donald Trump who he came to view as a father figure , his lawyer said 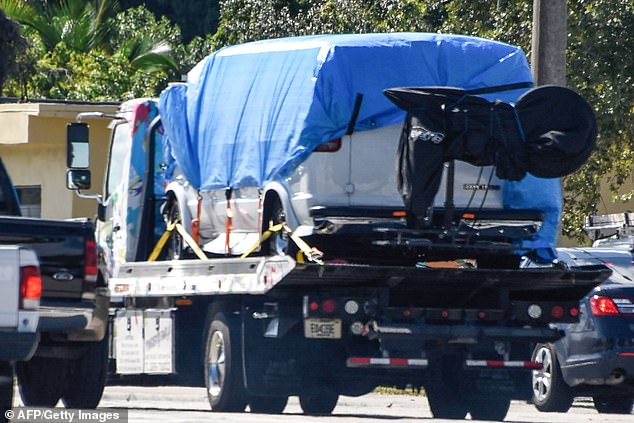 ‘When I think of the guy I knew and the guy I see now on MSNBC, CNN and at Trump rallies, I think, ‘Did he really slip?’ He thinks Trump’s sometimes bombastic criticism of liberals may have pushed Sayoc over the edge .

‘He really wasn’t a bad guy,’ a puzzled Crosby said.

In the mid 2000s, when Sayoc managed and performed with two male-dance revues – ‘Men of Steel’ and ‘American Hunks.’

He never expressed political views back then, Crosby said.

‘I don’t know if he was a Democrat or Republican,’ said Crosby, who now runs a gym and is a comedian near Minneapolis.

Along with three or four other chiseled men, Crosby and Sayoc traveled the country by van, stripping to G-strings for screaming women in honkytonks and nightclubs. 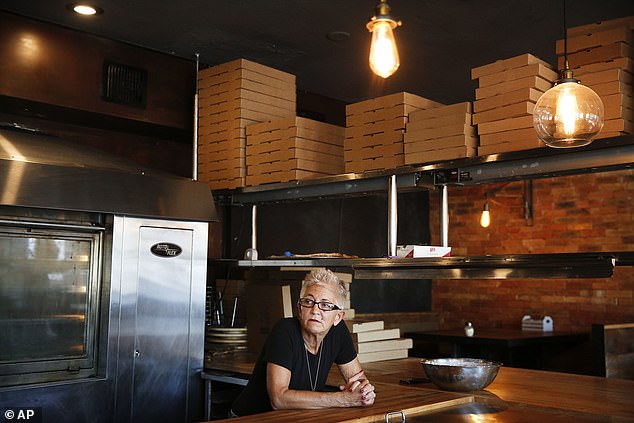 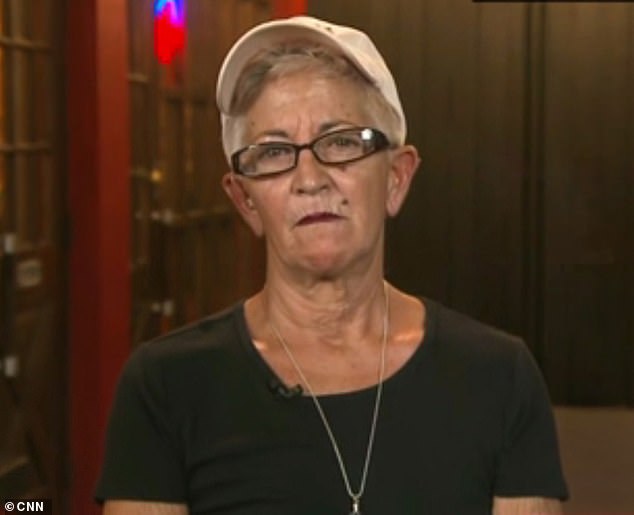 They would check into a motel, perform, bring women back to party, sleep a few hours and then get up early the next morning to drive several hours to the next gig.

Crosby said he and the other all-but-naked dancers would bring women up on stage, make them and their friends laugh and do some sexual innuendo – except Sayoc, who wasn’t a good performer.

He said Sayoc would have women sit in a chair, get between their legs and drive his pelvis into theirs hard – ‘bang, bang’.

Sometimes, he would bite the women’s exposed skin hard enough to leave teeth marks. Crosby said women would complain to the other dancers that Sayoc was too rough, but no one ever called the police. 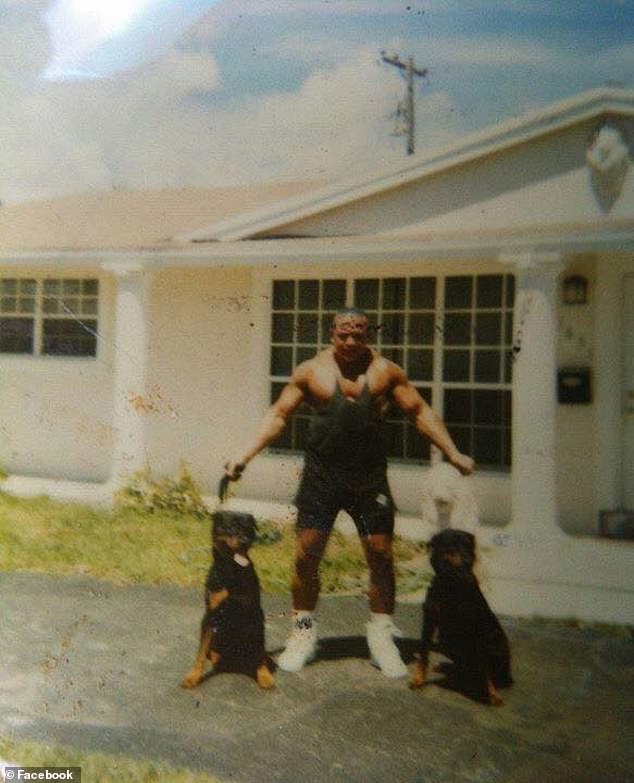 Sayoc would sometimes use his 6-foot, 250-pound frame to intimidate other men

Crosby said Sayoc would sometimes drive separately in his own older van, though not the now infamous one he was arrested with.

He would then take parts from the troupe’s newer van, which was owned by an investor, and swap them with dying parts from his clunker, Crosby said. Sayoc would then ask the investor to pay for the troupe van’s now-needed repairs.

Gureghian said Sayoc used his van for deliveries and one rainy night he offered her a ride home.

‘The first thing I did was kind of look to make sure – God forbid – if something happened, can I open that door to get out and how do I tuck and roll?’ she said.

Sayoc lived in the van and Gureghian said it was a mess. There were empty containers from fast-food restaurants, men’s fitness supplements and alcoholic beverages. Dirty clothes were everywhere.

And ominously, there were dolls with their heads cut off.

‘He told me he was fixing them for his two nieces,’ Gureghian said.

However she didn’t fire him because he was honest, and customers never complained.

But until he quit earlier this year, he regularly subjected co-workers to fiery political rants. Gureghian called his views ‘pure hatred’.