SUV smashes through family’s backyard and flies over pool

A family had a lucky escape when an out-of-control SUV smashed through their backyard fence and skid over their pool on one of the few days there were not in their garden.

Terrifying footage shows the Toyota RAV-4 bursting through the Lago family’s backyard fence in Miami, Florida, and fly over the pool with the children’s toys just inches from the crash.

Thankfully it had been raining that day so it was one of the first days during lockdown that the family was not outside.

The Toyota RAV-4 burst through the Lago family’s backyard fence in Miami, Florida, and flies over their pool 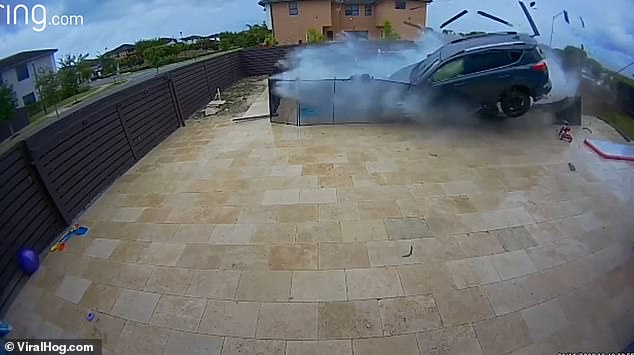 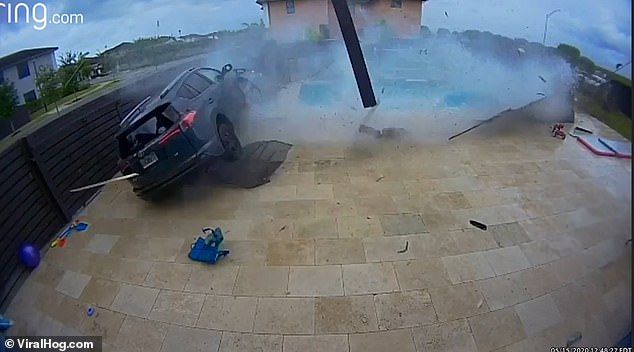 ‘My heart dropped, I was scared for my life,’ Sabrina Lagos, 11, who often plays outside with her two-year-old brother, told the Local 10 News.

Two more lives were saved by luck as maintenance workers had finished cleaning the pool and left not long before the car ploughed through the fence.

The woman driving the car was suffering diabetic shock when she lost control of it according to the Miami-Dade Fire Rescue. 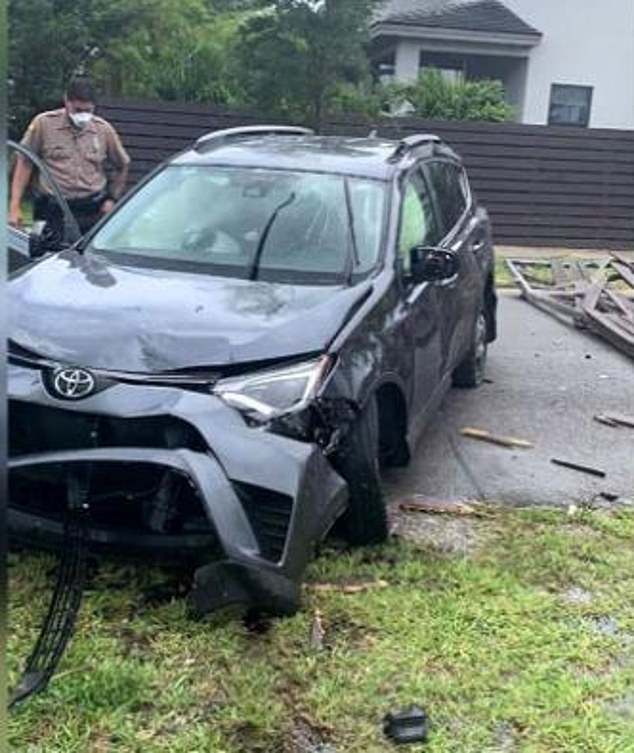 Pictured: The condition of the SUV after it has crashed through two fences and skid over a pool

The surveillance footage shows the quiet pool area with the children’s toys surrounding it.

All of a sudden the SUV shatters the fence and goes so fast that it glides over the pool from one side to the other without even making much contact with the water.

It shoots out the other side of the backyard onto a different street leaving damaged concrete, parts at the bottom of the pool and some flooded water.

Carlos Lago, Sabrina’s father, said he has been asking the Miami-Dade County to extend the barrier on the street outside his house because this has happened to his neighbor ‘seven times’. 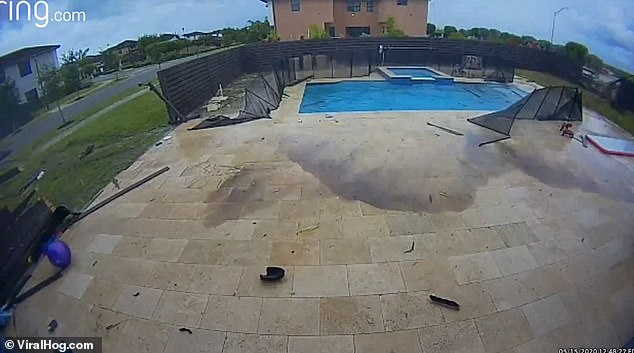 Pictured: The condition of the garden and pool area after the accident with broken fencing, concrete and flooded water