Why cargo ships carrying life-saving medicine, petrol and food are being BLOCKED from docking in Australia – despite controversial strike being abandoned

A planned lockout from the owner of Australia’s tugboats, bringing vital supplies Down Under, was forcibly canned just hours before it was set to take place – but it was too late to stop the supply chain being disrupted.

Danish-owned tugboat giant Svitzer planned to lock its 580 Australian workers out of 17 ports in NSW, Victoria, Queensland, Western Australia and South Australia on Friday in an ongoing dispute.

Locking out is a type of industrial action taken by an employer against its own workers, leaving the staff unable to work.

The decision came after three years of failed negotiations between the company and worker unions over a new enterprise agreement.

The Fair Work Commission on Thursday ruled Svitzer could not lockout its workers as it would cause too much damage to Australia’s economy with more than 90 per cent of trade expected to cease at affected sites.

However, the ruling was too little too late for many port workers with some ports already ceasing operations overnight.

Svitzer’s plan to lockout striking port workers has taken a toll on Australia’s shopping industry despite being called off on Thursday night (pictured, a Svitzer tugboat)

Tugboats are responsible for steering larger ships into place as they enter and leave a harbour or port.

Svitzer workers in Newcastle had planned to strike from Wednesday night but called it off just moments before.

The NSW Port Authority and industry sources told the Newcastle Herald the major state port saw no shipping operations overnight due to the expected action.

Agriculture Minister Murray Watt predicted the effects of the Svitzer lockout and responsive action on Thursday.

‘If we want to be able to get grain or other agricultural exports out of the country, we need those tugboats operating,’ he told ABC radio. 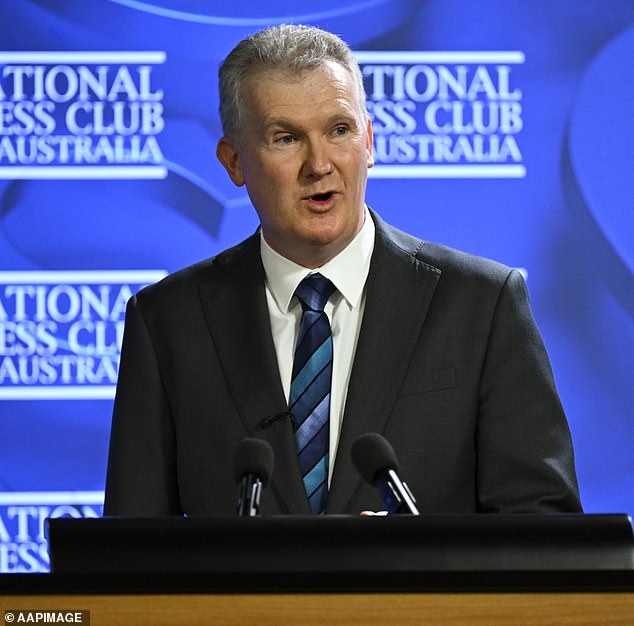 ‘It’s really unfortunate that this dispute has got to the point that Svitzer has decided to lock out its workforce and I’m hoping that the Fair Work Commission can play a really constructive role.’

‘What Svitzer are attempting to do is economic vandalism,’ he said.

‘They have decided to act now in a way that puts a whole lot of the Australian economy at risk, not simply their own workplace.’

Mr Burke has been a keen supporter of a proposed industrial relations bill that would allow the Fair Work Commission to intervene in industrial action before tensions reach crisis point.

‘The commission shouldn’t need to find that an action is going to wreck the Australian economy or endanger someone’s life before it is allowed to act,’ he said. 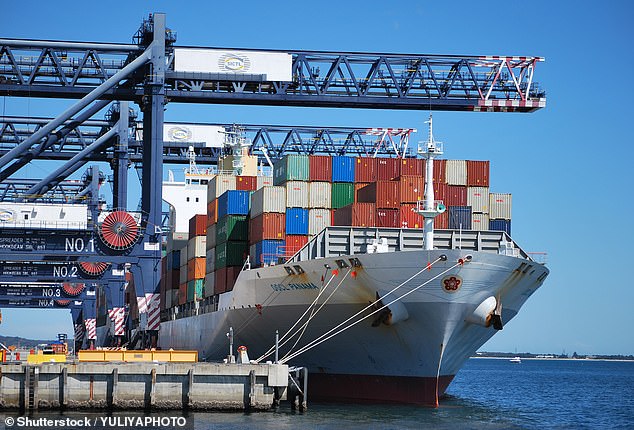 Australia’s export and import industry would have been crippled by Svitzer’s planned lockout as tugboats are required to safely operate ports (pictured, Port Botany in Sydney)

‘Australians are sick of the disputes that go on forever and the commission should have a general power to intervene when a dispute has become intractable.’

The new legislation will be debated by Senate over the next fortnight.

The Fair Work Commission will continue its hearing on Friday to consider whether it should suspend the industrial action for a set time or terminate it completely.

In a statement, the Danish-owned company advised its customers of the ruling and that the lockout will not go ahead.

‘The FWC is giving considerations overnight as to whether to suspend or terminate the protected industrial action – but they have made it clear they will issue an order before midday,’ Svitzer said.

‘On this basis, the lockout will not proceed and customers can return to planned shipping movements and recommence port operations.’