A bar has sparked fury after hanging a sign above its door reading ‘Get Nailed’ on Good Friday – less than 500 yards from a church.

Noah’s Yard in Swansea has infuriated Christians with the ‘distasteful’ sign on one of the most important religious days of the year.

The bar is said to be well known for its signs and uses imaginative means to pull in customers on a near daily basis.

This sign above a bar in Swansea has sparked fury. It appears to allude to the crucifixion of Christ 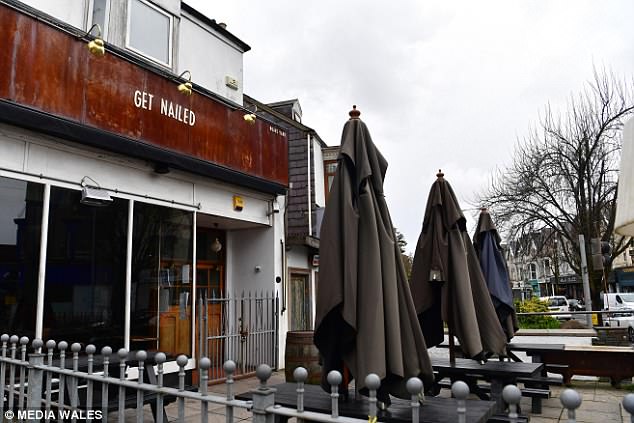 But today’s stunt has backfired and Christians have hit out at the ‘Get Nailed’ sign, which appears to be a reference to the crucifixion of Jesus.

The owner of the business said he was not aware of the sign’s presence until contacted by a newspaper and that it would be removed immediately.

At St James’s Church, which is just 470 yards from the bar, many expressed their disappointment to Reverend Mark Williams while attending services.

He said: ‘People have come in and talked about the sign with a groan. It is not nice.

‘People think it’s offensive to Christians. If someone said something like this about another faith there would be a huge reaction.

‘There is certainly the issue of inequality there and people generally think Christianity is an easy target. 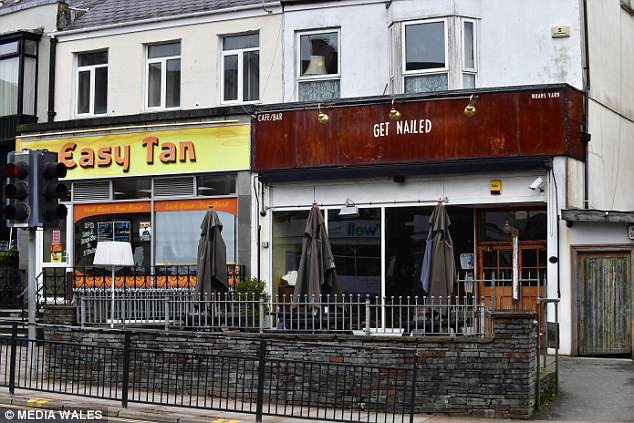 The bar’s owner insisted he had nothing to do with the sign and said his staff put it up. It was to be taken down immediately, he said

‘Personally, I really don’t like it, but I know Noah and he does not set out to be offensive. I don’t think it was his intention to harm or hurt or have a go at the church. He is not that type of guy.

‘But it is distasteful.’

Swansea resident Steve Meredith also hit out at the sign.

He said: ‘I just think it’s disgusting. My mother is religious and I don’t think it’s fair people are going to church and having to put up with seeing that on the way.

‘I personally don’t particularly believe in religion but I do believe in respect. I honestly feel this is a real lack of respect and just think it’s really poor.’

Owner of Noah’s Yard Noah Redfern insisted he had nothing to do with the sign being put up, saying it was a decision made by his staff members.

He said: ‘I’m upset about it and it is going to be taken down immediately.’