Bugs in the system: Gigantic swarm of dragonflies stretching from Virginia to North Carolina is so big that weather radar mistakes it for rain clouds

A swarm of dragonflies so large is travelling across the southeastern United States, that it has been picked up on weather radar.

The National Weather Service spotted the ‘unusual imagery’ and made forecasters believe rain clouds had formed, however the large blob that stretched from Virginia to North Carolina was in fact an enormous swam of the insects.

The NWS tweeted about the unusual condition on Monday: ‘Bit of a radar conundrum today. No rain around the region with decent returns on radar. Usually we’d think we’re seeing bugs. Dual polarization radar products argue otherwise and some of these returns are above 10,000ft.’

So many dragonflies have been swarming from Virginia to North Carolina, they’ve been showing up as clouds of blue and green on weather radar. Left, how the radar usually appears, right as seen with a swarm of dragonflies 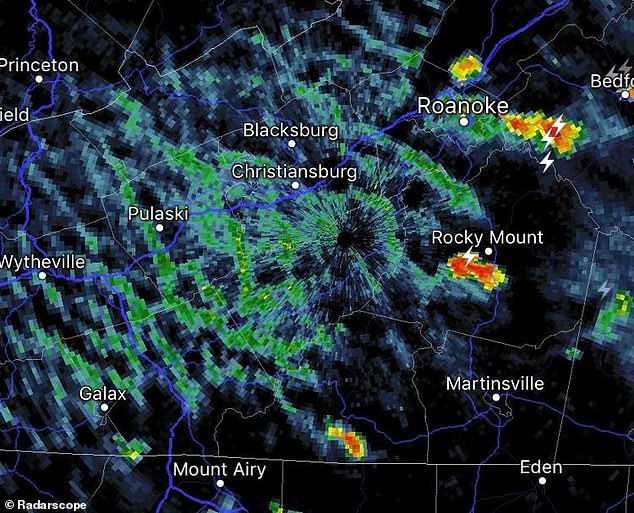 ‘Migrating dragonflies is a possibility … they migrate in fall, usually prior to cooler weather arriving, and towards areas where more precipitation has fallen recently. That said, not sure dragonflies can fly that high or if they move in numbers great enough to produce these returns,’ NWS Wakefield tweeted.

Meteorologist Mike Montefusco told The Virginian-Pilot it was a ‘curious phenomenon.’

‘Obviously we’re not bug experts on our end, but there was a case like this in the Cleveland office last week where they did determine it was dragonflies,’ Montefusco said. ‘So that’s our running theory at this point.’

One expert noted the dragonflies were likely flying as high as they traveled south to search for warmer weather to lay eggs. 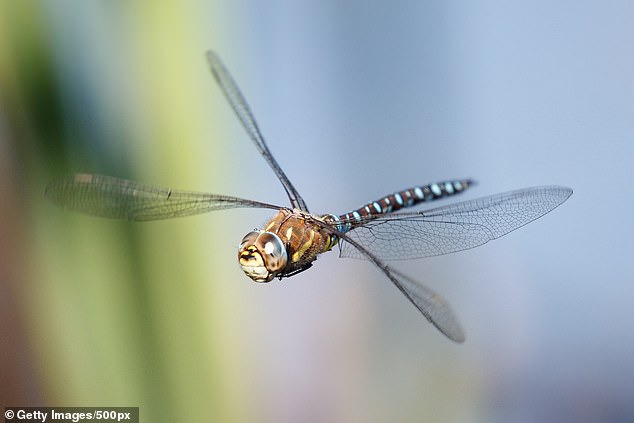 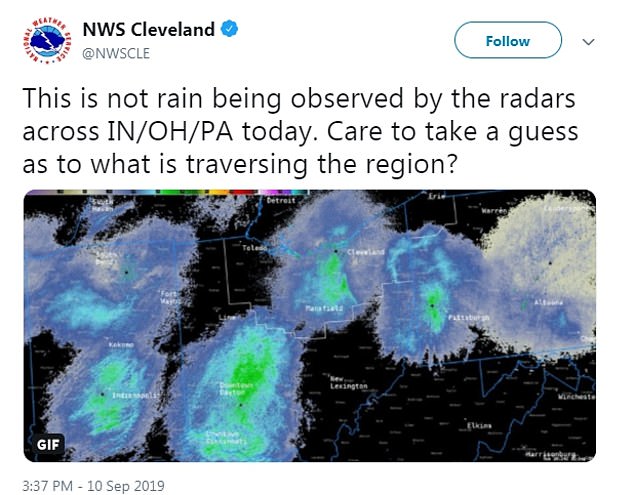 Dragonflies were also detected on radar last week over Indiana, Ohio and Pennsylvania. The agency’s Cleveland office said it was likely dragonflies mixed with birds

Dragonflies were also detected on radar last week over Indiana, Ohio and Pennsylvania.

In that particular instance, the NWS Cleveland said it was a mixture of dragonflies and birds.

A swarm of ladybugs travelling through San Diego County was also picked up on weather radar in June.

NWS office San Diego tweeted a video of the radar that looked to show rain but was in fact a ladybug ‘bloom.’