A sweaty and shirtless bikie obsessed with Instagram fame has been charged after being caught on camera in a brutal free-for-all outside a fast food restaurant.

Geppert was filmed brawling with another man outside a KFC restaurant in Robina, Queensland.

Geppert was seen charging across a car park as a female accomplice screamed, ‘it’s your turn now, idiot!’

Ben Geppert and another man were filmed scuffling in a KFC carpark. An adjoining McDonalds was seen in the background 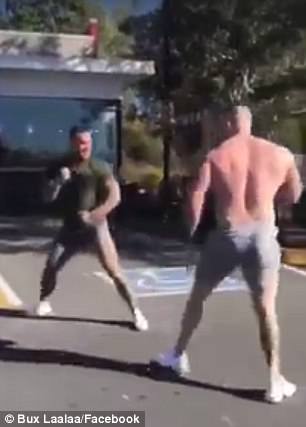 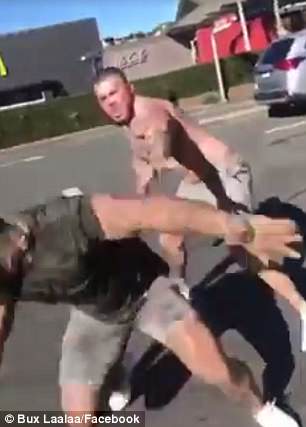 The pair scuffled and swore at one another (‘eat a d**k’, one said) until the second man toppled into a white Range Rover.

The camerawoman taunted Geppert’s nemesis by yelling ‘suck s**t’ but also tried to defuse the incident by warning police would be on their way.

‘Do youse want to get done for affray or do you want to leave?’ she cried at the end of the melee.

Few blows connected between the two men. Online, people joked ‘the Range Rover was the only one to get a hit in’.

Geppert only recently posted an Instagram video of himself with scratches on his face and boasting about a scuffle.

But it is unclear if that was related to the incident, and Daily Mail Australia understands the clip may have been filmed some time ago. 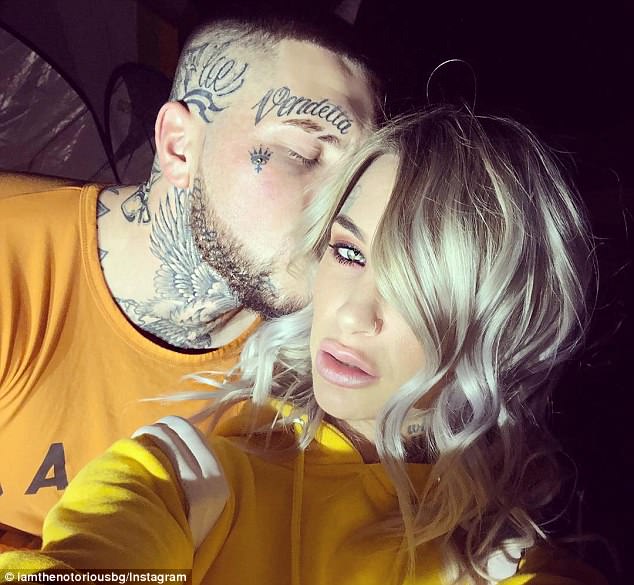 ‘Do youse want to get done for affray or do you want to leave?’ a woman was heard screaming in the video. Geppert is pictured above with girlfriend Allaina Vader (Jones) 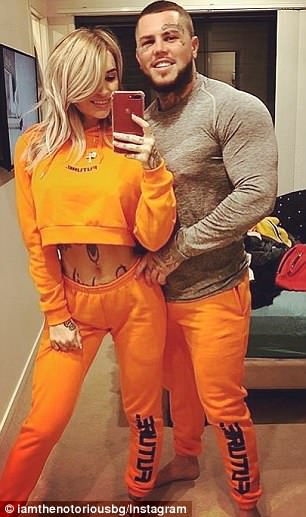 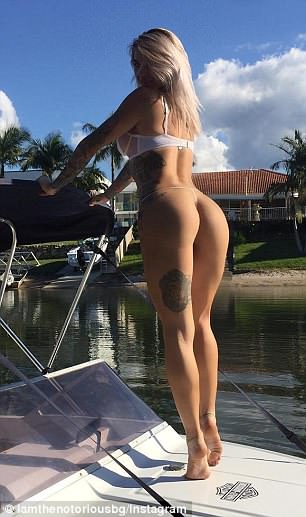 Queensland Police arrested Geppert and his girlfriend Allaina Jones during a raid on their Gold Coast on Tuesday. When officers arrived, they found Jones (right) naked inside the home

Geppert and his girlfriend, Allaina Vader (also known as Jones), 27, were arrested after police raided their home.

Geppert was accused of harassment, drug and domestic violence offences.

Vader was charged with assaulting a woman during a road rage incident on May 17. Police alleged she bit the face of a 40-year-old woman and stomped on her head.