A$AP Rocky has been found guilty of assault Wednesday by a Swedish Court, but the Grammy-winning artist will not face anymore jail time.

A$AP, real name Rakim Mayers, had already been held in a Stockholm jail for a month after he and his bodyguards were accused of beating a 19-year-old Mustafa Jafari in the capital on June 30.

Mayers had pleaded self-defense and claimed he tried to avoid a confrontation with two men who he said were persistently following his entourage.

However, in its ruling, the Stockholm District Court said the performer’s claims had been rejected.

A$AP Rocky is not legally obliged to attend Stockholm District Court today but could be sentenced to two years in jail for the June 30 brawl. He flew back to the US earlier this month 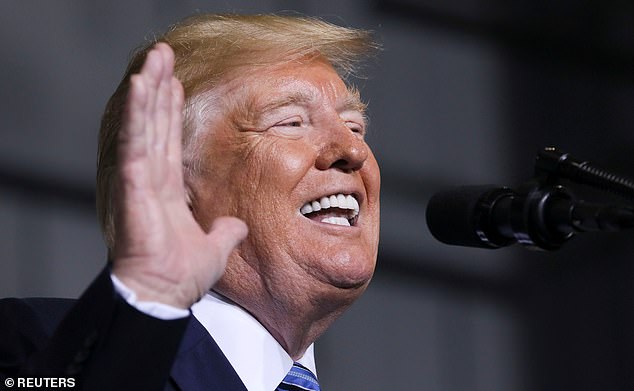 His release was celebrated by President Donald Trump who tweeted: ‘A$AP Rocky released from prison and on his way home to the United States from Sweden. It was a Rocky Week, get home ASAP A$AP!’

‘The defendants have claimed that they acted in self-defense. Based on statements from two witnesses, the court finds that the defendants were not subject to a current or imminent criminal attack,’ the judge said.

‘Therefore, they were not in a situation where they were entitled to use violence in self-defense. Nor could they have perceived themselves to be in such a situation.’

Prosecutors urged the court to convict Mayers and sentence him to at least six months in jail, but the judge sided against the motion.

The New Yorker flew back to the States earlier this month and was not legally obliged to attend the verdict at Stockholm District Court.

His release was celebrated by President Donald Trump who tweeted: ‘A$AP Rocky released from prison and on his way home to the United States from Sweden. It was a Rocky Week, get home ASAP A$AP!’

Mayers had pleaded self-defense and claimed he tried to avoid a confrontation with two men who he said were persistently following his entourage.

One of them picked a fight with one of Mayers’ bodyguards, the rapper told the court.

Mayers and his two bodyguards were released on August 2 pending the verdict and all three returned to the United States.

Mayers was spotted cheerfully greeting friends at Los Angeles International Airport after flying back on a private jet on August 3.

While locked up with co-defendants – David Rispers Jr and Bladimir Corniel – Rispers’s mother Nikita Rispers had claimed that her son was ‘sleeping on a yoga mat with no duvet for blankets’.

Mayers told the court that Mustafa Jafari, 19, and his friend refused to leave the entourage alone despite several appeals, and claimed they appeared to be under the influence of drugs. 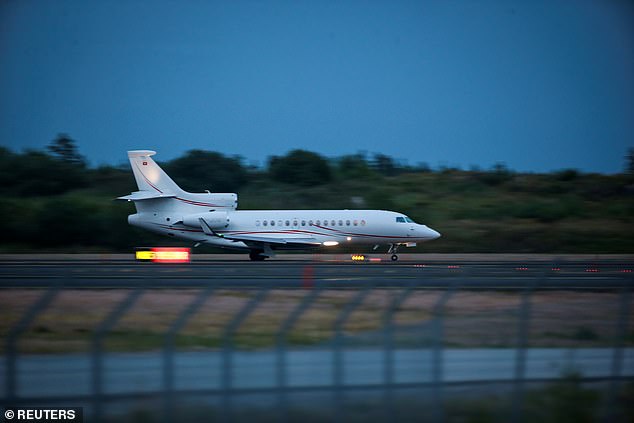 A private jet lands at Arlanda airport, Sweden to pick up US rapper A$AP Rocky, after he was released from custody, pending the verdict of his June street brawl assault trial

Testifying in court, Jafari said his memory of the events was confused because of the blows to his head during the brawl.

He had told police earlier that he got angry as his headphones were broken during the initial argument with a bodyguard.

A full-scale brawl ensued shortly afterward and prosecutors allege that Mayers, Rispers, Jr. and Corniel, punched and kicked Jafari while he was on the ground.

They said Jafari was hit with parts of or a whole bottle.

Jafari claimed the rapper pushed him to the ground. The prosecution played video footage in court showing Mayers throwing a young man to the ground, and photos showed the alleged victim’s cuts, bruises and blood-stained clothes. 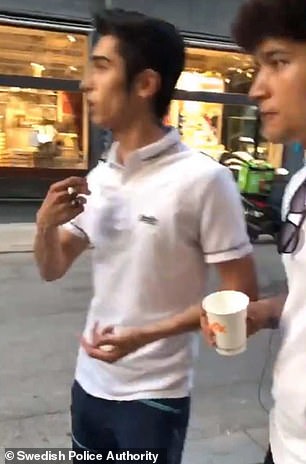 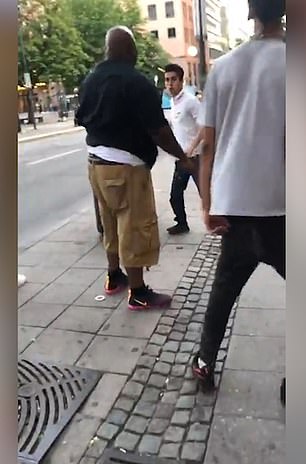 A video of the brawl shows A$AP Rocky throwing a man to the floor and punching him, but footage released by the rapper himself shows two men following him and throwing the first blow at his security 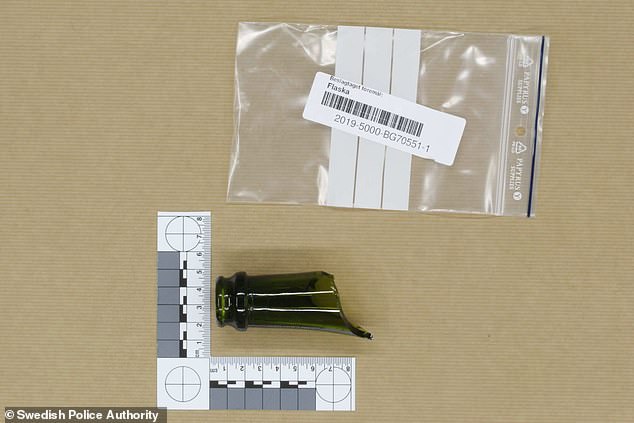 During the day, two women who initially told police they had seen Mayers use a bottle in the brawl admitted that they hadn’t seen it – and had only heard the glass break

The case drew the attention of American celebrities and Mayers’ fellow recording artists, including Sean ‘Diddy’ Combs and Justin Bieber. A social media campaign, #JusticeForRocky, has been pressing for his release.

The issue also became a topic of U.S.-Swedish diplomatic spat.

U.S. President Donald Trump intervened on behalf of the rapper while he was jailed, and called Swedish Prime Minister Stefan Lofven, offering to personally guarantee his bail, but the Swedish leader said he couldn’t interfere in a legal case.