After a drama-charged Commonwealth Games campaign that included a record medal haul, nagging ‘love triangle’ rumours and a quick escape to Europe, Australia’s darlings of the pool Emma McKeon and Cody Simpson are home.

Australia’s green and gold glamour couple touched down at Brisbane Airport today as light rain blanketed the River City, loading up their bags for the quick drive to their Gold Coast home.

After cleaning up in the pool at the Birmingham Games, the couple everyone’s watching jetted off to Venice, Italy this week.

Emma, 28, shared photos of the lovebirds taking in the sights in Venice during the week as the couple enjoyed Italy’s world renowned city built on water.

It was a deserved break for the athletes following a gruelling fortnight in the pool in Birmingham. 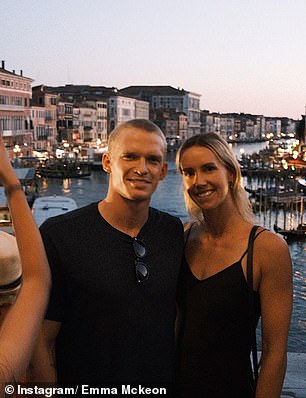 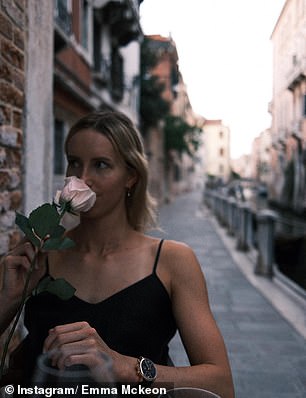 One heart-warming image captured the couple posing by a bridge with a Venetian canal in the background, while another showed Emma smelling a Venetian rose.

The pair kept it casual with Cody, 25, clad in a plain shirt while Emma sported a stylish spaghetti strap dress.

Emma wrote next to the gallery they were having a ‘magical time in Venice’.

Despite being 27 years old, McKeon now holds the record for gold medals won by an athlete at the Commonwealth Games across its entire 90 year history after winning six gold, one silver and one bronze to equal the most gold medals at a single Games at Birmingham.

‘Racing for Australia is always special, but being able to share it with some of my favourite people and having my parents in the stands this time made it even more memorable,’ McKeon wrote to her 196k Instagram followers. 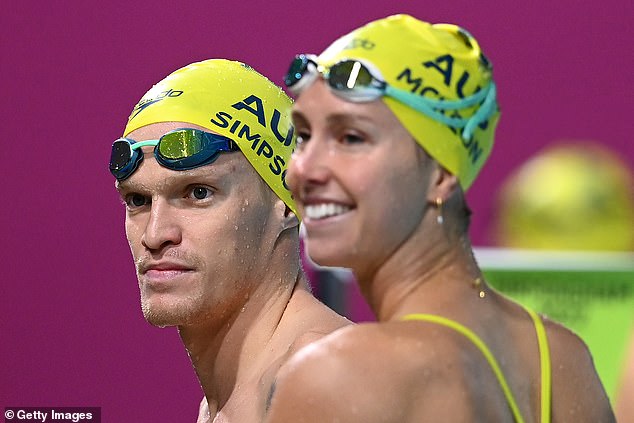 ‘The results are what I strive for and work hard for, but it’s the memories I make and who I share it with that I know I will keep forever.’

Simpson, 26, won gold in the men’s 4x100m freestyle relay and silver in the 4x100m medley relay after swimming in the heats.

‘For me, the very act of training morning and night and the thrill of racing is rewarding enough,’ he said. 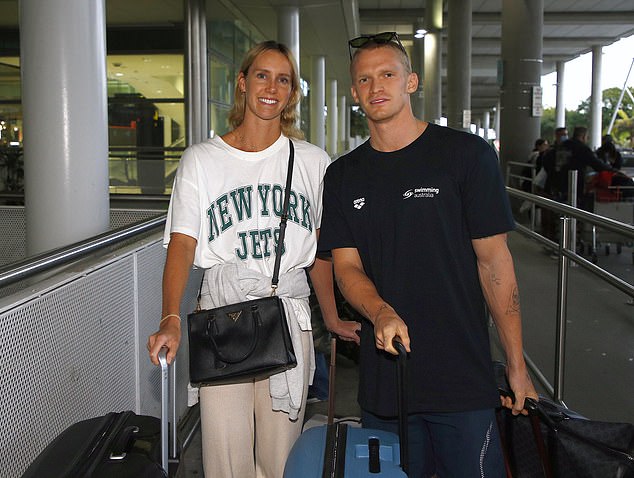 ‘They’re professionals, they’re teammates, they get along with each other, they respect each other where they need to, and they go out there and they execute performances for the country and they support one another,’ he said.