A swimmer has been reported missing after he and another man were swept out to sea.

The two men were on the rocks of the notoriously dangerous Figure 8 Pools in the NSW Royal National Park, south of Sydney, on Monday afternoon.

Both men were caught in a large wave and swept into the water at about 1:30pm, with one of the men quickly winched back onto land with minor injuries.

The other man, believed to be 22, was swept out to sea with the Westpac Life Saver Rescue Helicopter scouring the water for the missing man. 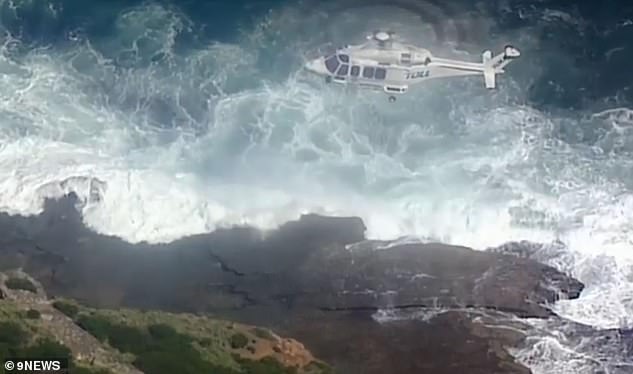 One of the crews is attending to the man on the rocks, treating him for a leg injury.

A pair of helicopters are searching the water, with one dropping dye into the water to assess the direction and strength of the currents.

The State Government has an online warning system in place to gauge the danger of the waves.

Monday’s danger level was deemed ‘extreme’ and a ‘do not visit’ warning was issued. 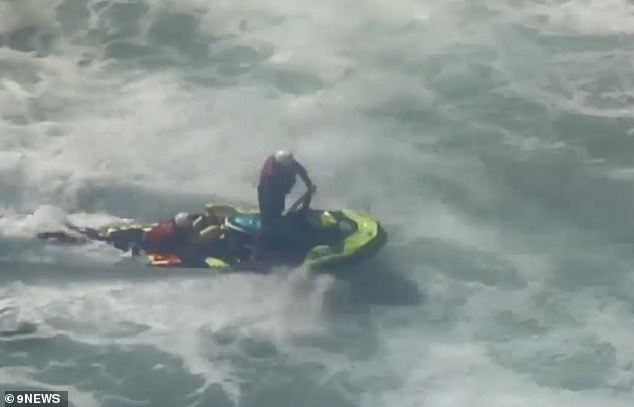 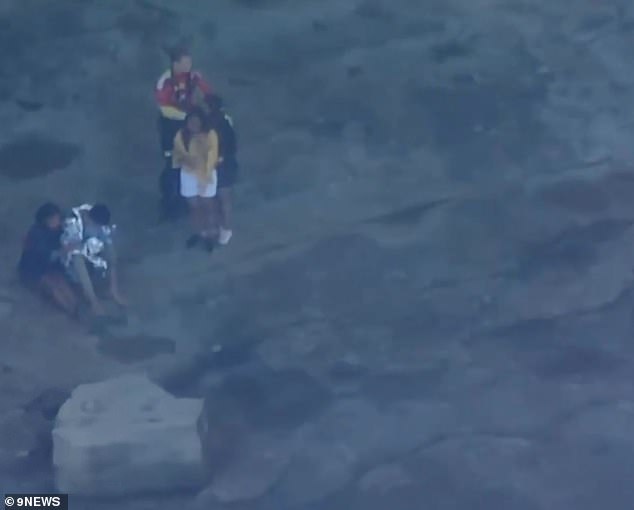 ‘You can’t get near Figure Eight Pools because waves are washing over the walking track from Burning Palms beach.

‘If you’re in the rock pools you’ll be trapped and thrown against the rocks, before being washed out of the pools and dragged across the rock shelf.

‘If you’re standing on the rock shelf you’ll be knocked over by waves and dragged across it. You could also be washed into the ocean.