Swimmer stays on starting block in honour of Barcelona

This is the incredible moment a swimmer sacrificed World Championship glory to honour the victims of the terror attacks in Barcelona and Cambrils.

Fernando Alvarez, from Cadiz, Spain, had asked organisers of the Masters World Championship to hold a minute’s silence, but had his request refused.

So when his fellow competitors in the 200-metre breaststroke race jumped into the pool, Mr Alvarez remained on the starting block for 60 seconds.

Honour: Fernando Alvarez, from Cadiz, Spain, had asked for a minute of silence in honour of the victims of the terror attacks, but it had been refused

The twin attacks in Spain last week have so far claimed the lives of 15 people, while more than 100 others were left injured.

Mr Alvarez competes in masters swimming – a form of competitive swimming which includes swimmers aged 25 and upwards, with some competing into their 80s and 90s.

When the Spaniard’s request of a minute’s silence during the championship was rejected by the International Swimming Federation (FINA), he took matters into his own hands. 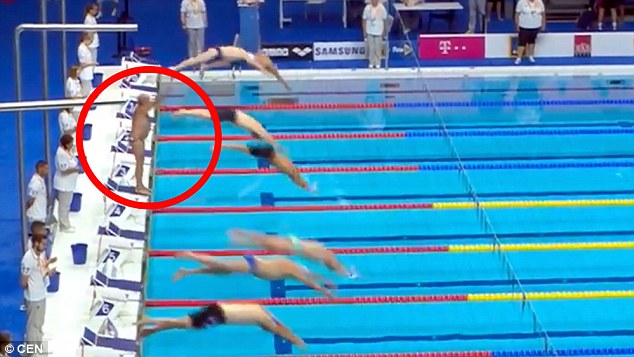 Protest: When his fellow competitors jumped into the pool, he stayed on the starting block and held his own one minute’s silence in honour of Barcelona attack victims 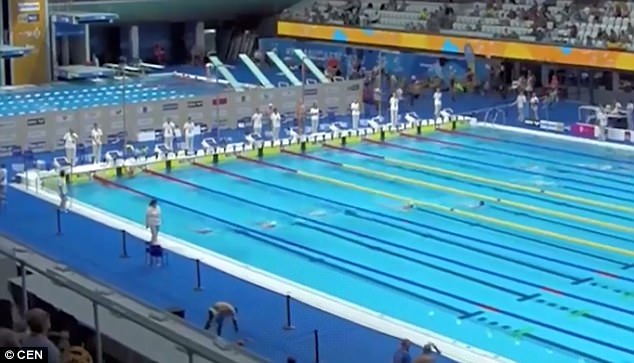 Paying respects: Mr Alvarez stood to attention for one minute, and then jumped in the pool and swam the race 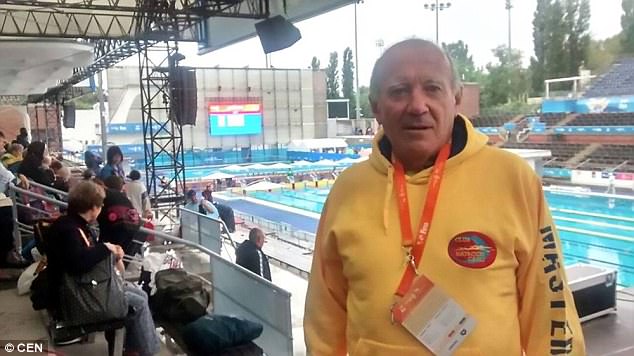 Upon the start of the race, Alvarez did not dive into the water with his fellow swimmers but instead he stayed on his starting block.

There, standing to attention, the Spaniard observed his own minute’s silence by waiting a full 60 seconds before finally entering the pool.

‘They told me that it was not possible [to have minute’s silence] because neither a minute could be wasted,’ Alvarez told local media.

He added: ‘So I started a minute later. But I do not mind, I have a feeling worth more than if I win all the gold medals in the world.’