A young swimming teacher accused of sexually assaulting ten young girls smiled as he waited for his court hearing on Wednesday morning.

Sitting in full view of photographers outside Manly Local Court, he laughed with his mother Janine, a glamorous management consultant, and his father James, an advertising guru.

As they chatted, sports science student Daniels clutched a notepad and a copy of Man’s Search For Meaning by Nazi concentration camp survivor Viktor Frankl.

In the book, Frankl explains how he remained positive in the face of death by finding a purpose in life to feel good about.

Instead of wearing a suit to face court, Daniels opted for a floral white shirt with blue jeans and grey suede shoes that looked new. 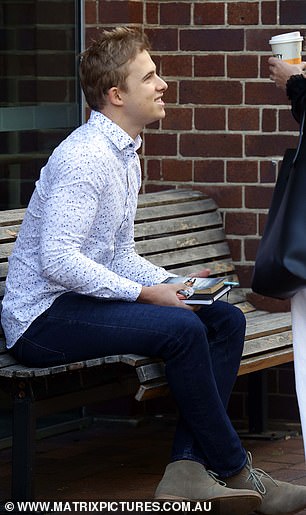 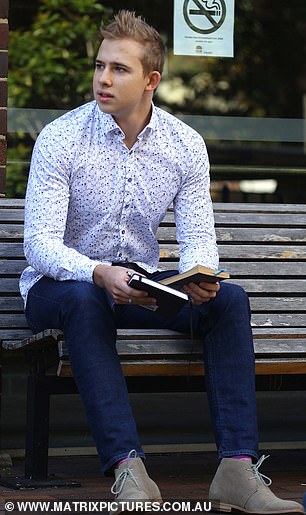 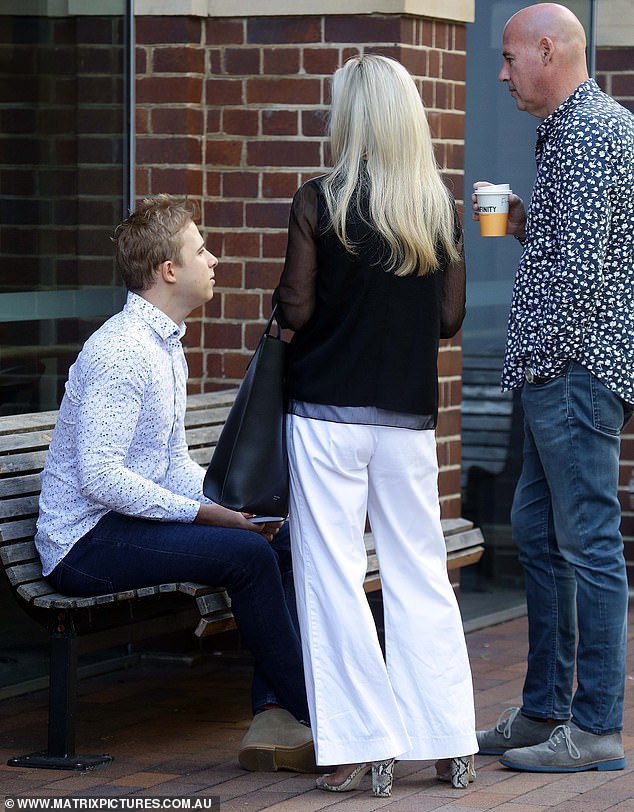 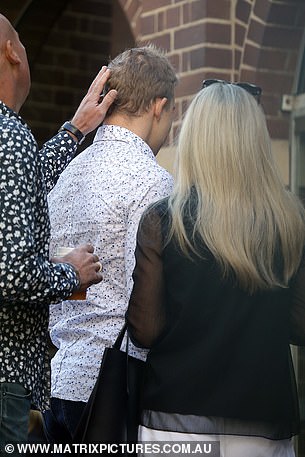 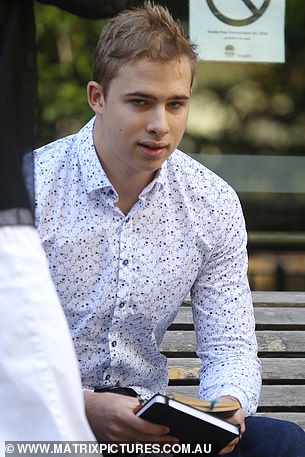 Left: Daniels’ father pats him affectionately on the head before court. Right: Daniels waits clutching a notepad and a copy of Man’s Search For Meaning by Nazi concentration camp survivor Viktor Frankl 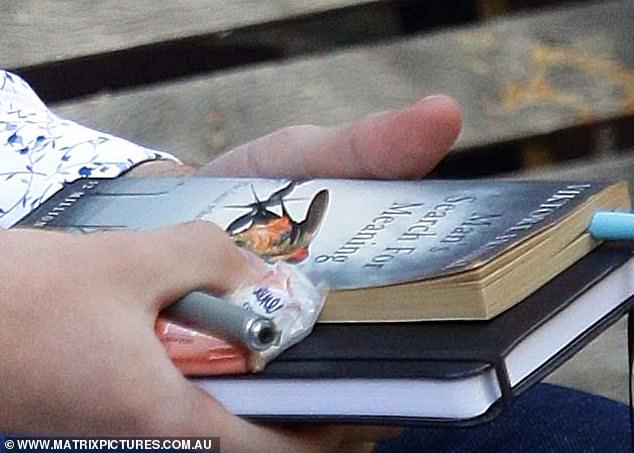 During the brief mention, Daniels’ case was adjourned to June 20. He will remain free on bail as the brief of evidence detailing his alleged crimes is put together.

Daniels, who was arrested at his north Sydney home in March, denies the allegations.

The University of Sydney student was charged over incidents police say took place at the centre between January 1, 2018 and March 2 this year while he was employed as a swimming teacher. 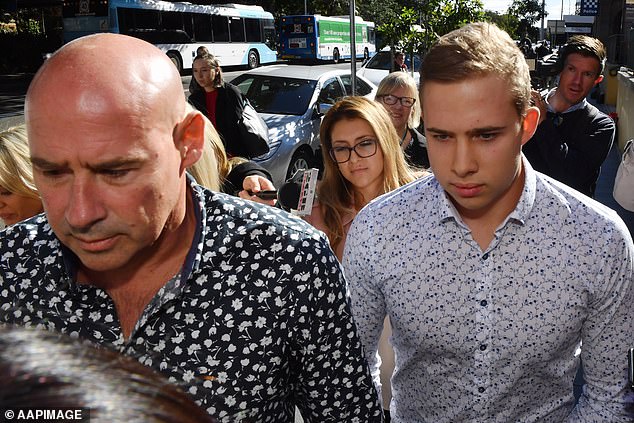 During the brief mention, Daniels’ case was adjourned to June 20. He will remain free on bail. Pictured: Daniels leaves court with his father 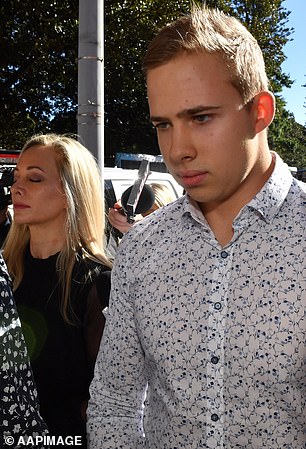 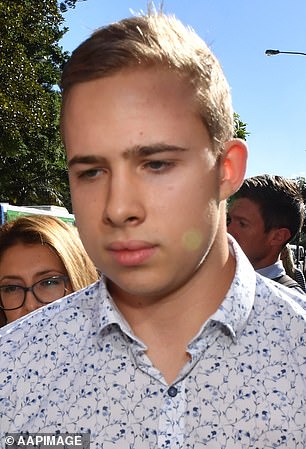 Daniels’ court mention was brief and he remains on bail. He is pictured here leaving court 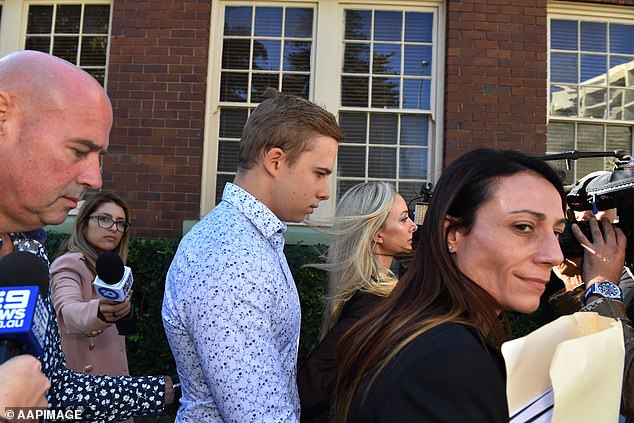 Man’s Search For Meaning: What is Viktor Frankl’s book about?

He was the founder of logotherapy, the theory that humans’ main aim is to find a meaning in life.

His book Man’s Search For Meaning was published in 1959 and became a best seller.

The book intends to answer the question ‘How was everyday life in a concentration camp reflected in the mind of the average prisoner?’

Part One constitutes Frankl’s analysis of his experiences in the concentration camps, while Part Two introduces his theory that the way a prisoner imagined the future affected how long he could survive. 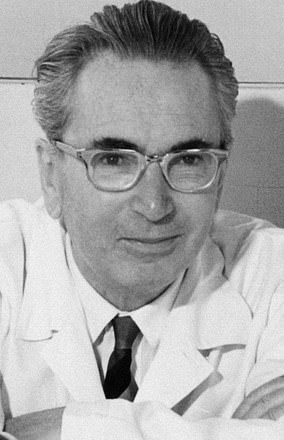 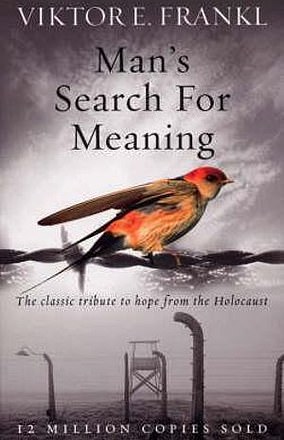 Viktor Frankl was a Jewish Austrian neurologist who survived four concentration camps including Auschwitz. His book (right) was published in 1959 and became a best seller

Among the allegations are that Daniels had sexual intercourse with a seven-year-old girl eight times in just three weeks.

The documents also claim Daniels was still allegedly committing sexual offences on swim students up until 10 days before he was arrested.

The shocking allegations against Daniels led police to hold an information night last month for concerned parents on the city’s north shore.

One mother who attended the evening told Daily Mail Australia police focused on the common behaviour of children who have been abused, after some of Daniels’ alleged victims were not discovered for more than a year.

‘It’s normally such a nice, family-orientated area,’ the mother said.

Close to 100 parents turned out to the invite-only information session, with dozens more whose names were not on the list refused entry.

Those who were allowed into the session said they were told not to ask police about the allegations or investigation into Daniels.

‘They told us at the start of the session that it wasn’t going to be about the [alleged] incidents at the swimming pool and that if we asked any questions about it we would be asked to leave,’ one woman said.

Daniels spent more than a week behind bars after his arrest before being released on bail on Wednesday, March 20.

A surety of $100,000 was posted to secure his freedom, and strict bail conditions included reporting daily to police, not going to pools and surrendering his passport.

A TIMELINE OF DANIELS’ ALLEGED OFFENCES:

– On eight occasions during this period Daniels allegedly raped a girl, seven