Swindon vs Man City LIVE: Cole Palmer starts for the visitors as Pep Guardiola – who is missing due to Covid – names a strong XI as they look to avoid an FA Cup third-round upset against the League Two Robins who sit 72 league positions below them

Covid-ravaged Manchester City face Swindon Town in the third round of the FA Cup on Friday, with Pep Guardiola missing the match along with 20 other members of the Premier League leaders’ first-team squad and staff.

Swindon are 72 places behind City in the Football League, but the Robins, who are fifth in League Two and fighting for a play-off berth, might fancy their chances given how depleted their more glamorous opponents are.

Follow Sportsmail’s Richard Martin for live coverage of the match, including build-up, team news and updates. 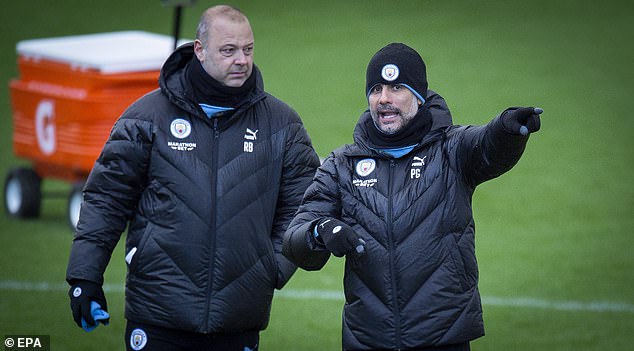