A retired Swiss policeman has admitted spying on German tax officials who were investigating the country’s secretive banking system.

Daniel Moser, 54, said he acted out of ‘patriotism, love for adventure, profit-seeking motives and indignation’ that Germany was trying to expose national secrets.

Moser was arrested in Frankfurt in April after his mission was exposed by Werner Mauss, known as the German James Bond.

Daniel Moser, 54, a retired Swiss policeman, has admitted he was paid to spy on three German tax officials tasked with exposing his country’s secretive banking system 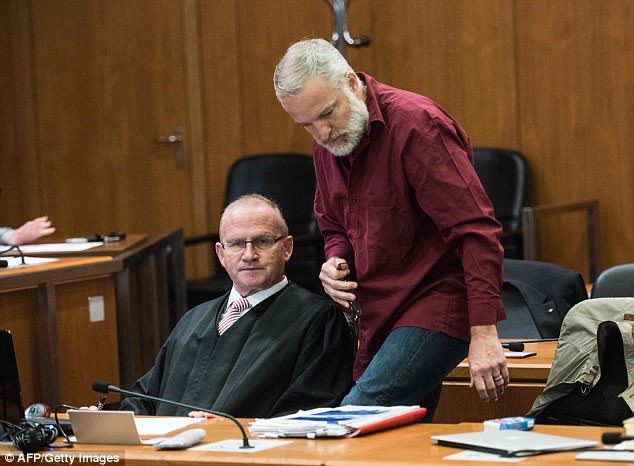 Moser said the aim was to compile a case against the officials for breaching Swiss banking law, and that he acted out of ‘patriotism and a love of adventure’

In 2015 Moser reportedly passed on a CD containing banking data to a German contact – who had in fact been working for Mauss.

The data turned out to be erroneous, but Mauss reported the exchange to UBS, which in turn passed it on to Swiss authorities who arrested Moser for industrial espionage and breaching banking secrecy.

Under interrogation in Switzerland, he apparently told authorities that he had been hired by their secret service to compile information on three German tax officials.

The Swiss government hoped to build a legal case against the three officials for illegally obtaining banking data which is protected under the country’s secrecy laws, he told them.

Moser was released by Swiss authorities, but a copy of his interrogation tape made its way into the hands of Mauss, who handed it over to German authorities.

When Moser paid a visit to Frankfurt in April this year he was arrested again.

It is unclear if Mauss was tasked to take down Moser, or if Moser exposed himself by accident. 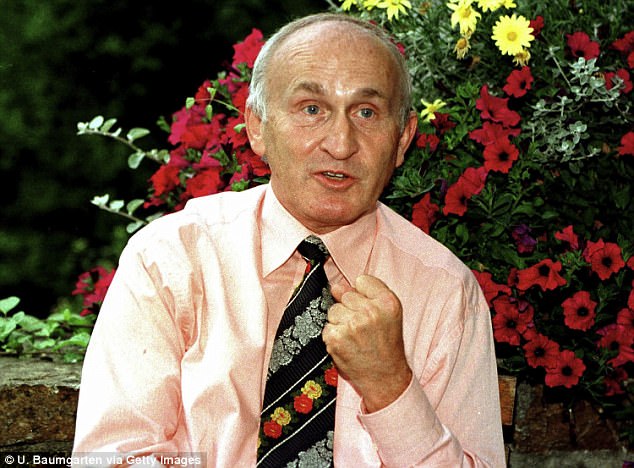 Moser was caught by Werner Mauss, known as the German James Bond, after he passed a CD filled with his research to a German contact who was hired by Mauss

He denied acting with criminal intent and said he merely sought to uncover criminal behaviour on the part of German tax officials.

He said it was a question of ‘national security’ and that he was ‘flattered that Switzerland needed my help’.

Swiss banks have come under intense pressure in recent years as several German states started buying CDs or USB memory sticks allegedly containing data on German taxpayers who had parked their fortunes across the border.

Fearing prosecution, many of Germany’s rich and famous subsequently came forward to declare their hidden wealth, boosting the tax coffers of Europe’s biggest economy by billions of euros.

In the extraordinary court statement, Moser, who once worked as a security officer at Swiss banking giant UBS, voiced regret for his actions.

He described himself as a ‘middleman’ between the Swiss secret service and a security company – which apparently helped to compile information on the targeted individuals.

Prosecutors had also accused Moser of placing a mole in the German tax service, but the defendant had denied the claim at last week’s opening of the trial.

Moser risks up to five years in jail but the presiding judge saidhe could issue a suspended sentence of up to two years and a fine of around 50,000 euros if Moser’s confession proves to be ‘credible and comprehensible’.

If released, Moser said he plans to return to his home country to work again as a private investigator.

The spying case had sparked outrage in Germany, with Foreign Minister Sigmar Gabriel rebuking Switzerland over the scandal and summoning Bern’s envoy.

It was especially embarrassing for Switzerland, which in 2015 had signed a deal with the European Union to exchange bank data starting in 2018 as part of an international pledge to clamp down on tax cheats.