The city woke up to a blanket of thick smoke on Sunday, created by hazard burns across the state.

Fire crews are preparing for the next bush fire season, but the result has sent Sydney’s air pollution levels skyrocketing in certain suburbs.

Sydney’s north western suburbs recorded higher rates of air pollution than suburbs in major cities across the globe, including London, Bangkok and Mexico City, according to the International Air Quality Index.

The smoke haze has blanketed parts of the city over the last week and players in Saturday’s AFL game between Essendon and the GWS Giants said they could feel the smoke ‘getting into the lungs,’ while they were on the ground, The Herald Sun reported.

The burn offs, which were taking place 50kms away from Spotless Stadium where the game was held, filled the arena with a think smoke haze.

Luke Darcy, a Channel 7 presenter, said it’s like ‘breathing in a bush fire’ and fans were seen covering their mouths.

The Roseville bridge almost disappeared under the haze and participants in the Balmoral Burn said they found it difficult to breath while running.

Health professionals said they are worried about the effects of the burn on residents as the PM2.5 levels in Parramatta and surrounding suburbs rose to 111.

The term PM2.5 refers to the particle matters within the atmosphere that have a diameter of less than 2.5 micrometers. 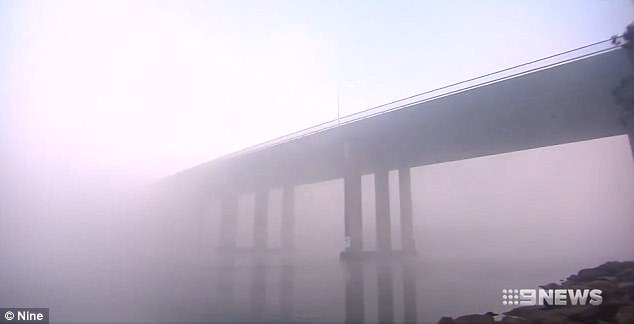 The particles are created by power plants, motor vehicles and residential wood burning among other things. PM particles are small enough to be breathed deep into the lungs and because of this can have adverse health risks.

A PM2.5 measurement over 101 can have negative health effects on sensitive groups such as individuals with respiratory diseases.

Stephen Hughes from the Australian Asthma council said on days when the pollution levels are high there was always an increase of asthma sufferers presenting at pharmacies and hospitals.

‘It can build up, so by the end of the day, once everything is closed and you get a bit of cold air at night then the exposure during the day can effect people and that’s when you see some real issues,’ he said.

He said it was safest for those at risk to stay inside if they could.

People with known health conditions are being urged to sign up on the NSW Rural Fire Service website to get air quality alerts. 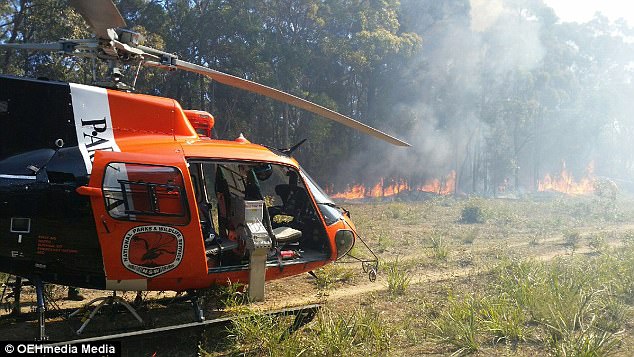 ParkAir assists with hazard reduction burns across south-west of Sydney