A senior Labor politician lobbied the government to consider shortening daylight saving, after one constituent complained it was ‘too hot to walk in the park’.

NSW Labor leader Jodi McKay wrote to Energy Minster Matt Kean after being prompted by a letter from a concerned constituent.

Neither the complainant nor Ms McKay specified how long daylight savings could be shortened by.

The constituent told Ms McKay that the thermostat had topped 40C at 8pm when walking in her local Sydney park.

If daylight saving were to be shortened, 8pm in the park could be cooler as it would take place an hour later in the day.

But last summer, Hammond Park in Ashfield was apparently so hot it was unbearable to walk through even as night drew closer.

In a letter seen by Daily Mail Australia, Ms McKay wrote: ‘[The constituent] advises that daylight saving time in NSW had made last summer to hot for walking in Hammond Park, her local park, at 8pm as the temperature at that time remained at the 40 celsius mark.

‘[The person] has requested the duration of the daylight saving period in NSW be shortened as it has a significant impact on climate change.

‘I await your consideration and response on this matter.’ 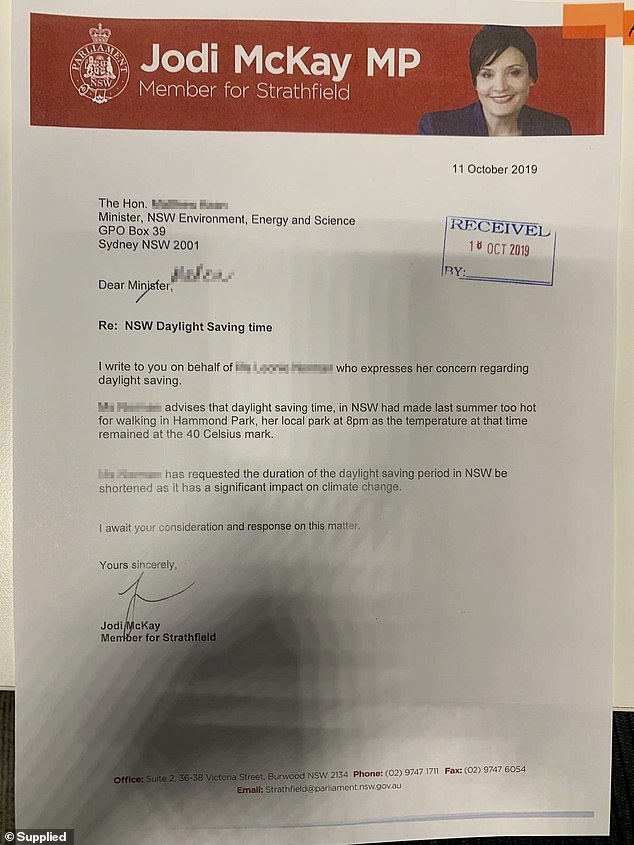 The letter sent by NSW Labor leader Jodi McKay to the Energy Minister, expressing the concerns of a constituent that daylight saving had made it too hot to walk in summer evenings

Daylight saving is not known to have any significant impact on climate change.

However, the constituent is understood to have said climate change was ‘making it very hot’ in the evenings.

Daylight saving time (DST) tries to make better use of natural daylight by setting the clocks forward one hour in the summer, before going back again in autumn. 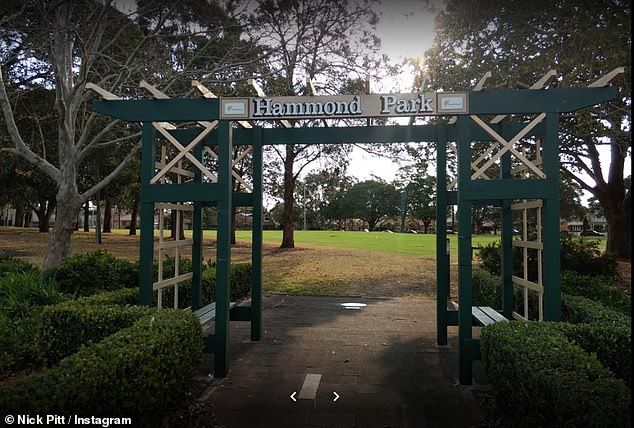 The person claimed daylight saving meant it was too hot to walk around Hammond Park in Ashfield at 8pm. They also expressed concerns about its impact on climate change

This means that at 8pm in the height of summer, it would still be light outside.

It isn’t observed in Queensland, the Northern Territory or Western Australia

In March, the European Parliament voted to scrap daylight saving from 2021

But it is not observed in Queensland, the Northern Territory, Western Australia, Christmas Island or the Cocos Islands.

A spokesman for the Labor leader said it was not a policy of Ms McKay’s to have daylight savings changed.

‘Strathfield has a diverse community with a wide variety of views. It is the job of the local member to represent those views to government without judgement.

‘She will never apologise for making sure that members of her community have their concerns heard by government.

‘This is not Labor policy nor is it Ms McKay’s.’

A 2011 study in The Review of Economics and Statistics showed that there could be some environmental impacts, such as people using air conditioners long into the evening.

increased the cost of emissions, but another published in Energy Police journal in the same year said energy was saved in some nations. 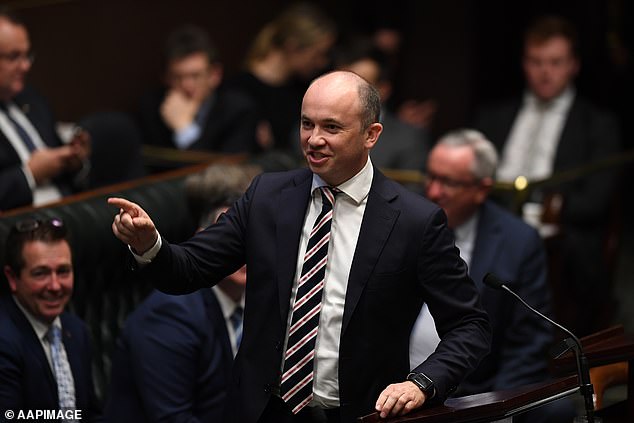 The letter was sent to Energy Minister Matt Kean, who has not responded

Western Australia has voted against daylight saving in four referendums.

Queensland have also repeatedly rejected the notion in its own referendums.