A high-flying couple who quit their corporate careers to sell bikinis online are on track to make a staggering $20million this year.

Danielle Atkins and Alexander Babich were still working their respective day jobs in psychology and accounting when they launched Kulani Kinis in February 2015.

The 35-year-old Sydneysiders were working from home and shipping sets on their lunch breaks until their designs caught the attention of major US retailers at an international swimwear trade show a few months later.

Despite neither one having any experience in fashion or retail, the label was an instant hit and turned over an impressive $250,000 in its first year of trading.

Their revenue has grown to a whopping $9.2million for the 2021 financial year, with current sales forecasts predicting a gross profit of about $20milllion by June 2022. 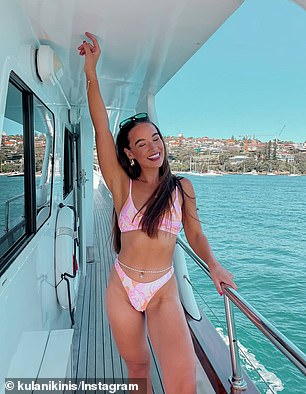 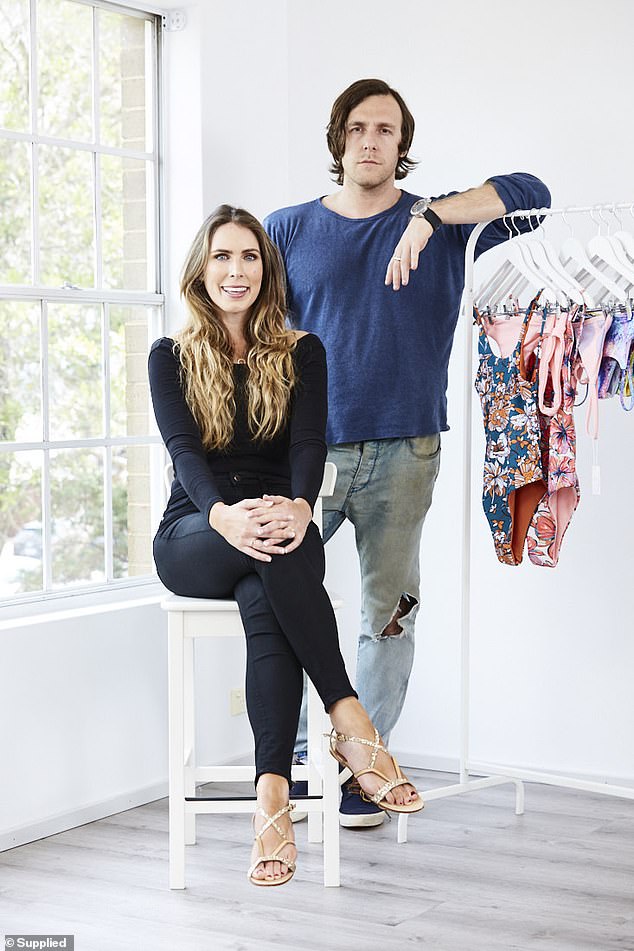 The brand is the brainchild of Sydney couple Danielle Atkins and Alexander Babich (pictured), who had the idea after Danielle was left disappointed by an expensive set she bought online

It’s an incredible trajectory the couple, who are parents to a two-year-old son named Hendrix, never expected.

The idea for the brand began after Dani was left disappointed by an expensive set she had ordered for their annual holiday to Hawaii, that she felt was not worth the money she had paid.

The realisation that she could make trendy, premium bikinis at a more affordable price point was a lightbulb moment for the NSW public health psychologist, but partner Alex didn’t initially share her excitement.

‘You know when Dani turned to me I was like – she wants to sell bikinis online? Who buys swimwear online?’ the former EY accountant told Daily Mail Australia.

‘Our goal was to start something so that we could afford to go on holidays a bit more.

‘It was really meant to be a side hustle and something that was just a small creative outlet where Dani could drop to part-time work in her field and we just have some fun along the way.’

But their boldly printed designs were destined for something greater than a weekend hobby.

Kulani Kinis were quickly picked up by major wholesalers across the US and Canada, with the brand now stocked on big name websites including ASOS, Zumiez, and Bikini Village, as well as small boutique stores in Tahiti and the Caribbean. 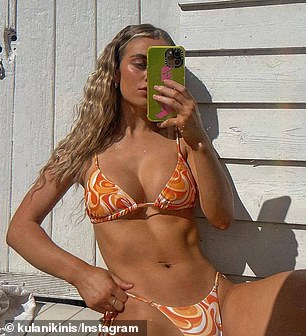 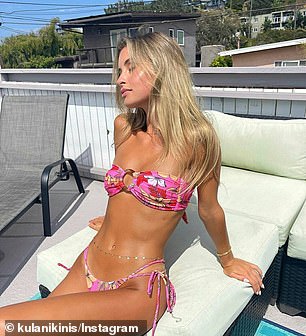 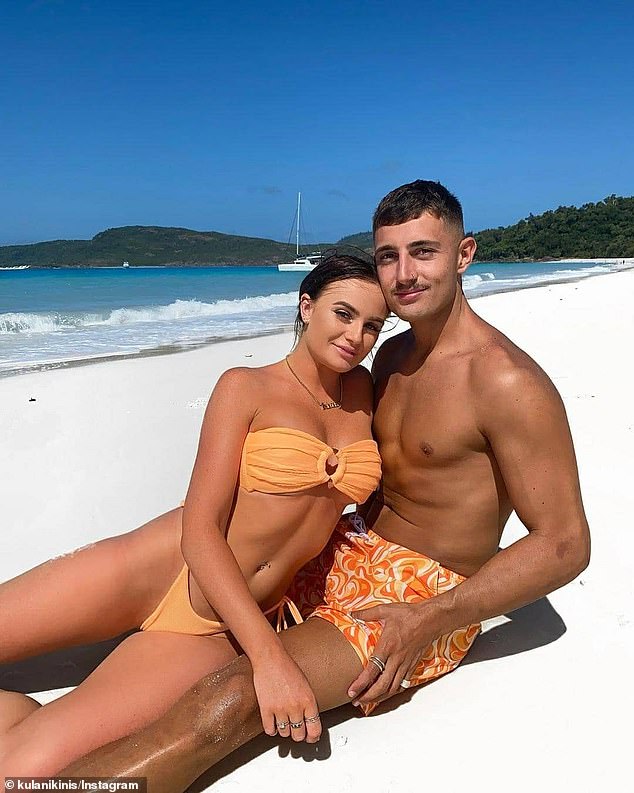 The sets are affordable, with tops starting from $49 and bottoms from $48 – almost half the price of similar styles from leading Australian competitors.

The current best-sellers come from the Summer of Love collection which launched on October 30, with highest demand for string tie bottoms and basic minimally constructed tops.

A new range of men’s swim trunks are also selling ‘amazingly well’, according to the couple.

Sizes run from 6 to 18, but plans are in place to make the range more inclusive.

‘We like to offer the same print and colours in lots of different shapes, so if you fall in love with that design, there should be something for you to wear,’ said Dani. 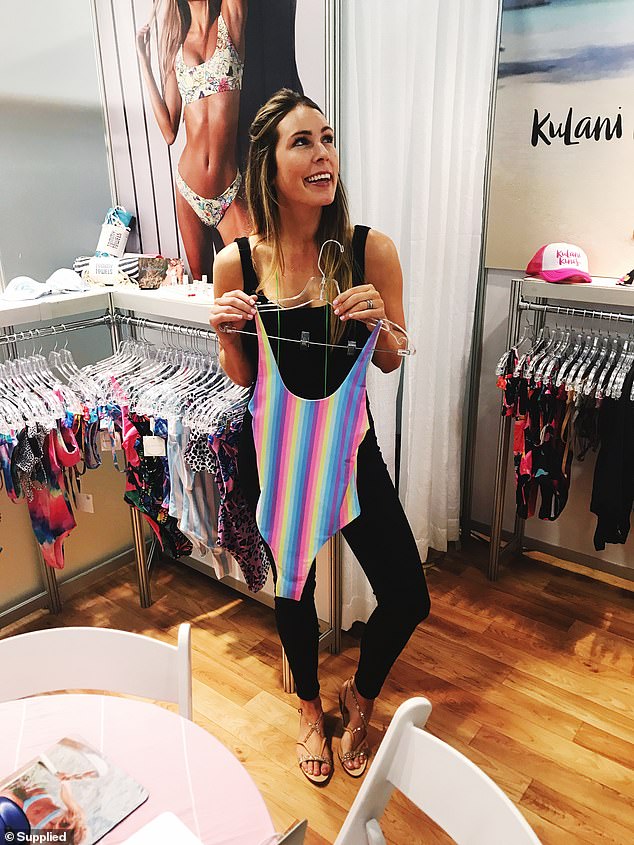 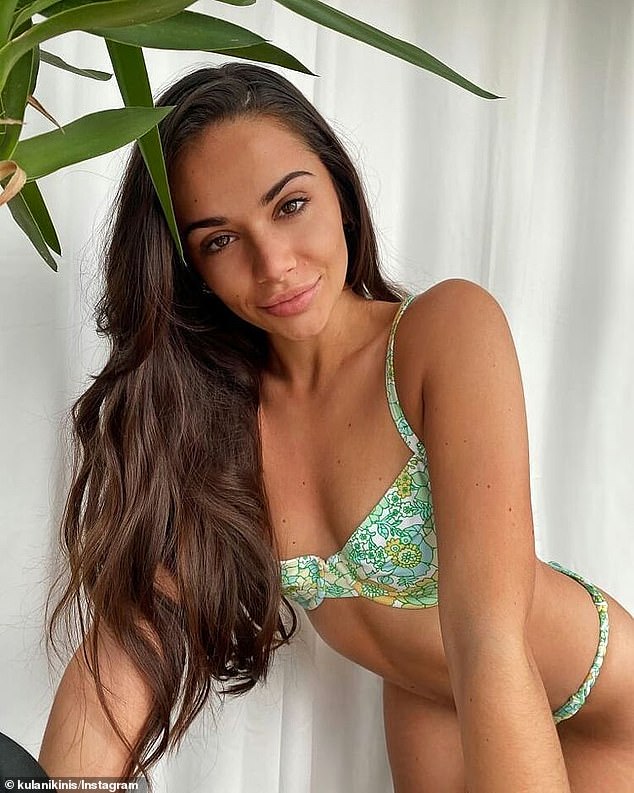 The sets (one pictured) are affordable, with tops starting from $49 and bottoms from $48 – almost half the price of similar styles from leading Australian competitors

Commitment to the customer is at the heart of this unlikely industry-leading brand, with Dani noting that ‘without the customer, there is no business’.

‘We really try to put ourselves in their shoes and hold them at the heart of all our processes,’ Dani explained.

‘As we grew our retail partnerships, we found new customers would discover the brand directly and follow us on social media, so we started start speaking with them to learn what they wanted.

‘Having that direct link to the customer allows us to make better products for our retail partners and customers themselves.’ 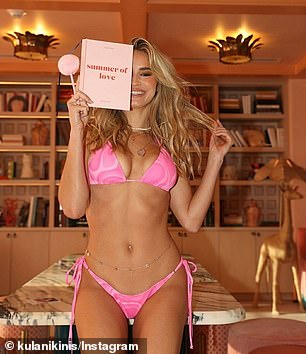 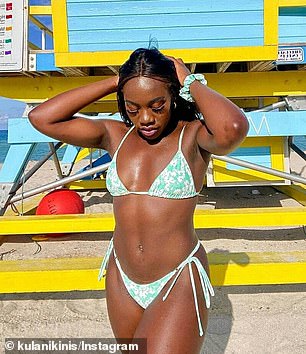 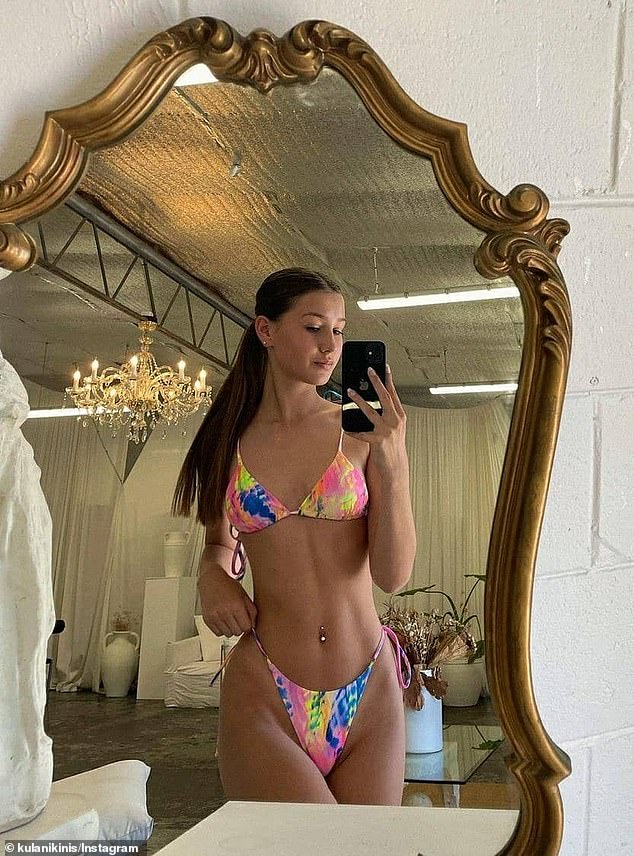 The bikinis (one pictured) are stocked by big name websites including ASOS and Zumiez, as well as in smaller boutiques in Tahiti and the Caribbean

More than 80 per cent of buyers are international, according to Alex, with the bulk of them based in the US.

While global business is booming, the couple have decided to refocus on the domestic market and ‘give something back’ to local Aussie customers.

‘There have not been any emerging brands in swimwear domestically that have grown to a scale where they challenge and disrupt the more traditional players, but we think it’s time for that to happen,’ Dani said.