‘There are a number of aged care facilities across the city that have been affected, with staff and residents infected,’ Dr McNulty told reporters.

‘On a regular basis we are seeing cases in hospital settings or aged care settings and we have even had some disability settings as well.’

NSW has recorded 239 new locally acquired Covid cases, as Sydney’s highly infectious Delta outbreak shows no sign of slowing down. Pictured: A woman walks through the CBD on Saturday

Dr McNulty said a contagion is ripping through a facility in the city’s inner-west, but the majority of those who have so far tested positive have been vaccinated.

‘There is an outbreak in a Summer Hill aged care facility with I understand nine residents affected,’ he said.

‘Fortunately, many of those have been vaccinated. As I understand it, the ones with vaccination are doing relatively well.’

Sunday’s figure is the equal-record for the highest number of daily cases in NSW during the entire pandemic, after the state first recorded 239 on Tuesday.

Ms Berejiklian says ‘pleasingly’ the cases were not outside the main eight Sydney local government areas of concern. 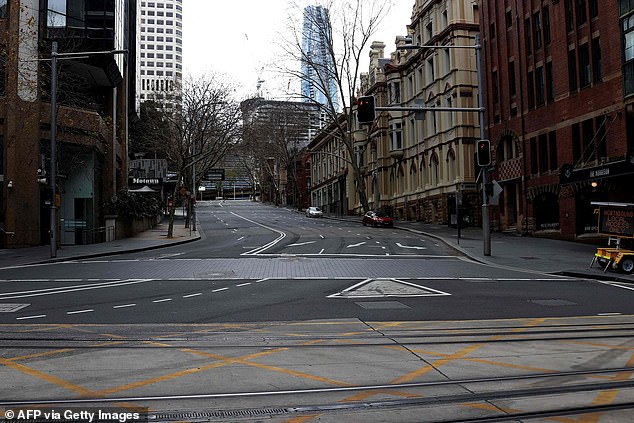 The latest case count is an equal-record high for the number of cases the state has recorded during the pandemic, after 239 infections were first recorded on Thursday. Pictured: Sydney’s deserted CBD on Saturday as the city wrapped up its fifth week in lockdown – which is in place until August 28

‘We are again seeing the virus circulating in workplaces and in homes,’ she said.

Ms Berejiklian said in the previous 24 hours more than 82,000 people in NSW had been vaccinated.

Of the 239 locally acquired cases recorded in the 24 hours to 8pm on Saturday, 115 are linked to a known case or cluster – 92 are household contacts and 23 are close contacts. The source of infection for 124 cases is under investigation.

There are currently 222 COVID-19 cases admitted to hospital in NSW. Of these, 54 people are in intensive care, 25 of whom require ventilation. 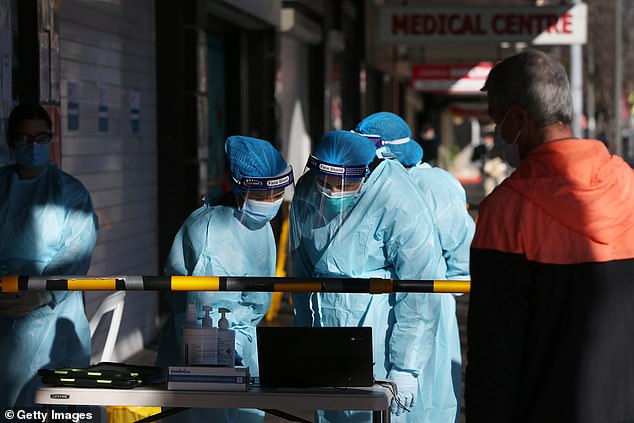 Health workers conducted more than 87,000 tests in the 24 hours to 8pm on Saturday night 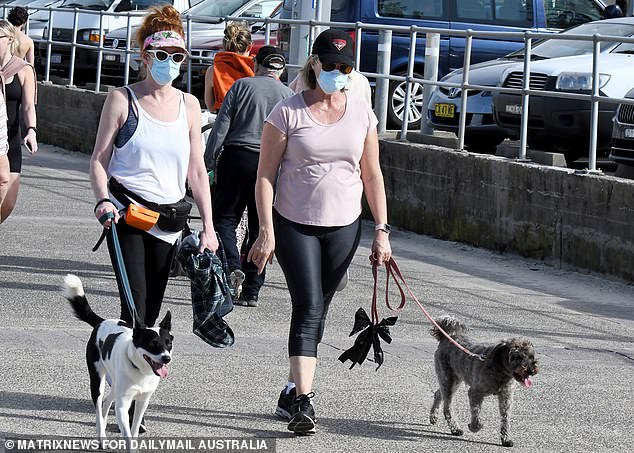 The Australian Medical Association President Dr Omar Khorshid has called for travel limits within a five kilometre radius from home and outdoor mask wearing rules to be extended beyond eight local government areas.

‘We’re trying to strike a balance and I think the balance is appropriate,’ Mr Hazzard told ABC’s Insiders program on Sunday.

He said when Sydney locked down the northern beaches during an outbreak last year and the eastern suburbs during this outbreak there was a ‘high level of compliance’.

NSW recorded its 14th death in this current outbreak on Saturday, a man in his 60s who died at home in southwest Sydney.

When asked about his previous comments that Sydney families were turning up to hospitals with a COVID-19 infected relative who is ‘not alive but dead’ the minister said he would not go into the family’s ‘personal circumstances’.

‘All I’ll say is that there was broad infection in the family and there was no effort to get to health authorities, as I understand it, until it was too late,’ Mr Hazzard said.

Mr Hazzard said there was a reluctance for large ‘refugee family groups’ where there are few income earners to come forward to health authorities. 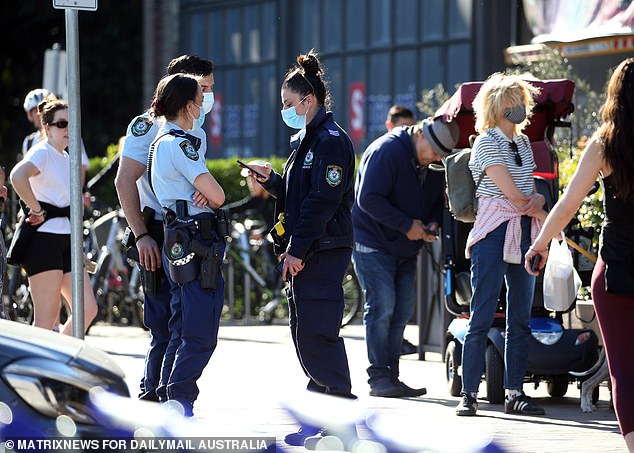 Greater Sydney and surrounding regions are in lockdown until at least August 28, as health authorities battle to contain the virulent Delta strain outbreak.

Saturday marked the return to work for the construction sector after a fortnight-long enforced break, with work allowed to resume on non-occupied sites provided COVID-safe plans are in force.

But the sector cannot call on 68,000 workers – or 42 per cent of the workforce – from eight council areas worst-hit by the city’s coronavirus outbreak.

Meanwhile a threatened anti-lockdown protest in central Sydney failed to eventuate on Saturday.

Police set up an exclusion zone around the city between 9am and 3pm after warning taxi and rideshare companies they would face fines of up to half a million dollars for transporting passengers into the CBD.