A trendy Australian designer has taken reusable shopping bags to the next level by releasing a high-end alternative grocery bag.

The bag, which is made from 100 per cent PVC, comes as part of a range of see-through accessories, and is supposed to resemble a traditional grocery bag.

On Barnet’s website the $260 (AUD) bag is advertised as being made from recycled PVC and comes in crystal blue, amethyst, brilliant green, ruby and quartz.

While some people praised the designer for her approach to shopping accessories, calling it a ‘necessary purchase’, others said they didn’t see the point.

‘If only I could remember to get it out of the car boot when I go to Woolworths,” one person wrote on the post.

Others said the photo of expensive grocery bag was‘just stupid’ and ‘ridiculous’, the publication reported.

Ms Barnet was quick to respond to the backlash on social media, saying that she carried her bag with her all summer and thought it was ‘fabulous’. 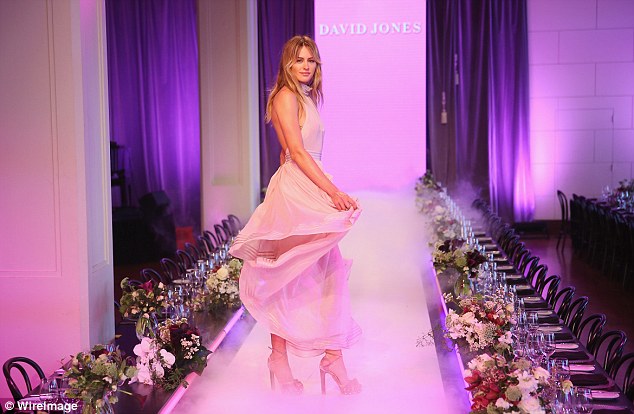 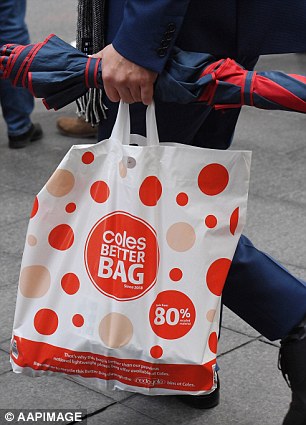 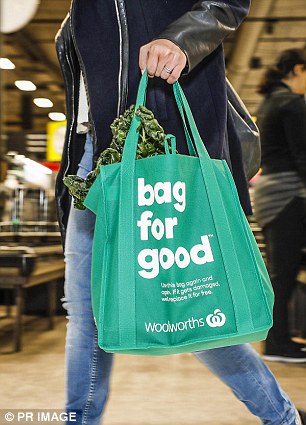 The L.A. based designer said the PVC bag was supposed to be fun and she wasn’t aware of the new bags at Coles (left) and Woolworths (right)

”So pretty and reflects light like gemstones,’ she wrote on the original Scanlan Theodore post, which has since been removed.

A spokesperson for the designer told Yahoo7 that L.A. based Barnet designed the bag to be fun, adding that she wasn’t aware of the banning of plastic bags at Coles and Woolworths.

After the banning earlier this year, both Coles and Woolworths developed their own alternatives to single-use shopping bags, including the controversial 15 cent grocery bags.

‘The name given to the ‘grocery bag’ style is light-hearted and satirical. It is a high-end fashion accessory and not a literal alternative to a grocery shopping bag,’ the spokesperson said.