Their plan was simple.

Troy Joe Vitale and Madeline Sung Eade would sell half-a-kilogram of cocaine, make $500,000 in profit then buy gold watches for themselves and their young son.

The couple – aged 27 and 24 – had even talked about retiring once the deal was done.

‘I don’t care (about the drugs)… I just want to know how much money we (are) going to be making after we sell,’ Eade told her boyfriend.

‘Once I make half a mil(lion) I’m buying myself a nice watch and retiring,’ Vitale said.

The only hole in Vitale and Eade’s plan for drug domination, was the fact NSW Police officers were listening to every word.

Police finally swooped on the couple as they prepared to make the exchange over a dinner at a Korean restaurant in Sydney’s west – all while their one-year-old son was by their side.

Daily Mail Australia can reveal their downfall after the couple were jailed by the NSW District Court last month for their role supplying a commercial quantity of cocaine.

Troy Joe Vitale and Madeline Sung Eade pleaded guilty to supplying cocaine after being mid-drug deal by police, as their one-year-old son sat in the back of the car 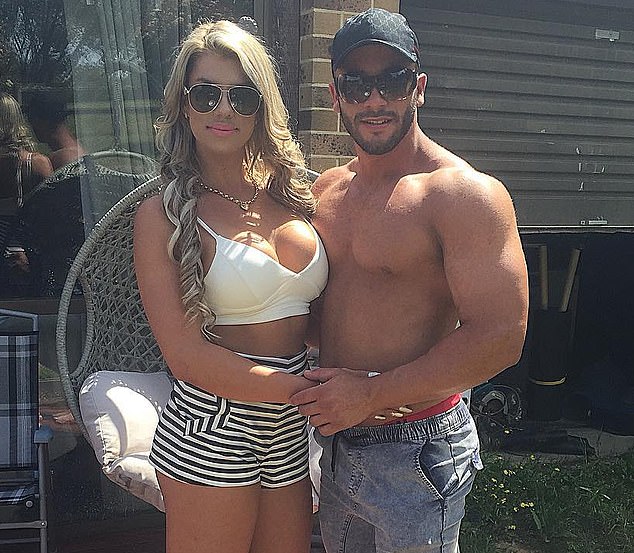 The couple were in business with Dylan Shaw (right), a musclebound bodybuilder and long-time drug dealer and importer

Police began listening to Vitale and Eade’s conversations in June 2018 after catching wind of their plan.

The couple were in business with Dylan Shaw, a musclebound bodybuilder and long-time drug dealer and importer.

Shaw and the couple would exchange drugs and cash which would be on-sold, court documents state.

In a recorded conversation from June 27, 2018, Vitale began to explain the deal to his girlfriend, but Eade wasn’t overly interested.

‘So here’s the plan… I tell Dylan (Shaw) to pay cash up… give you the ounces for $5k each… and then he pays cash up,’ Vitale said.

‘We get the key (kilogram of cocaine), do our thing to it and we turn it into…’

‘I don’t care about what you turn it into,’ Eade interrupted. ‘I just want to know how much money we going to be making after we sell?’

Over the weeks that followed the couple continued to discuss the plan, while Vitale had further conversations with Shaw about the logistics.

They discussed the need for a capable ‘driver’ to deliver the drugs so that they would not attract attention from police. 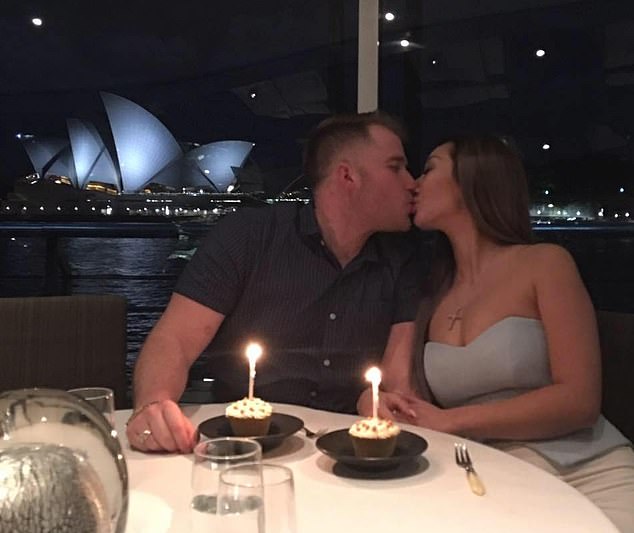 Vitale and Eade had hoped that the drug deal would land them $500,000, allow them to buy a gold watch and retire 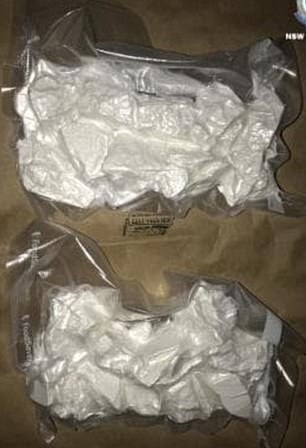 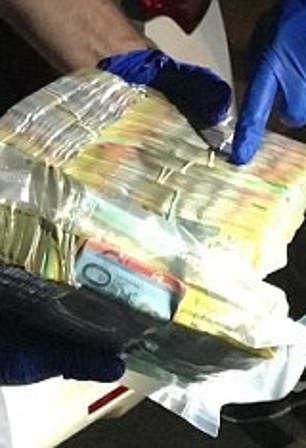 The couple were caught with 586.7g of cocaine (left) and $25,600 cash (right) hidden inside the secret compartment of Eade’s Toyota Camry 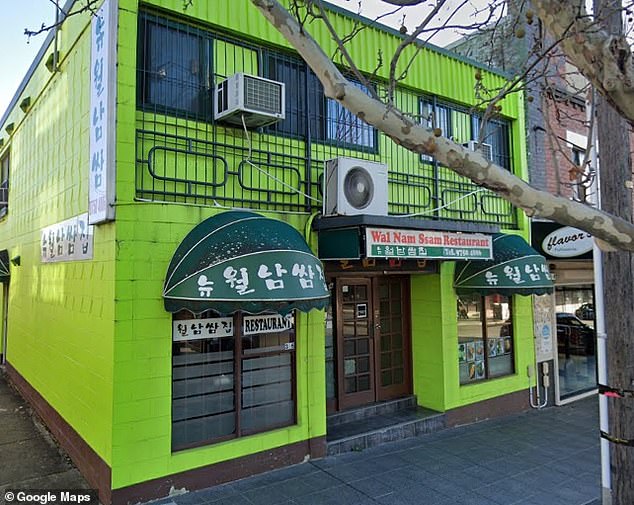 Police swooped on Vitale, Eade and Shaw after a dinner at the Walnam Ssam Korean Restaurant in Burwood

The night before they discussed whether they could wait until morning to put 586.7g of cocaine and $25,600 inside the hidden compartment of Eade’s Toyota Camry.

‘No we can’t (wait), because I’ll probably be in gaol tomorrow,’ Vitale told her.

His premonition would be right.

After a business meeting, Vitale, Eade and their young son, and Shaw, emerged to be swarmed on by police.

Wait, wait, it’s all mine. My missus had nothing to do with it…

Troy Joe Vitale after his arrest

When officers discovered the cash and drugs hidden in the car, they asked Vitale if it belonged to him.

He shook his head, before officers moved onto Eade.

When she too shook her head Vitale blurted out: ‘Wait, wait, it’s all mine. My missus had nothing to do with it.’

Officers also found $179,000 cash in a false wall in Shaw’s car and arrested the trio.

Shaw was sentenced to a minimum four years prison last September, for a variety of drug importation and dealing offences, not just his encounters with Vitale and Eade.

He had come to the attention of Strike Force Wandevan after dealing drugs through Facebook.

Eade and Vitale both pleaded guilty to supplying a commercial quantity of cocaine. 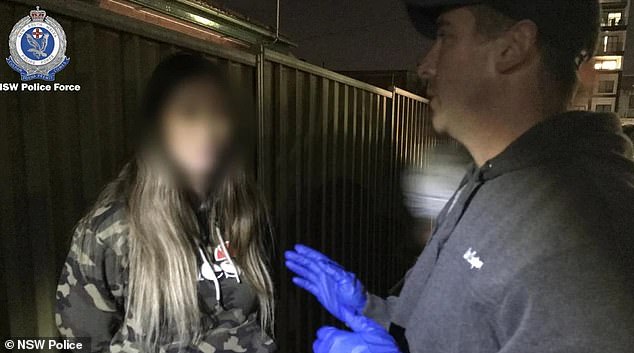 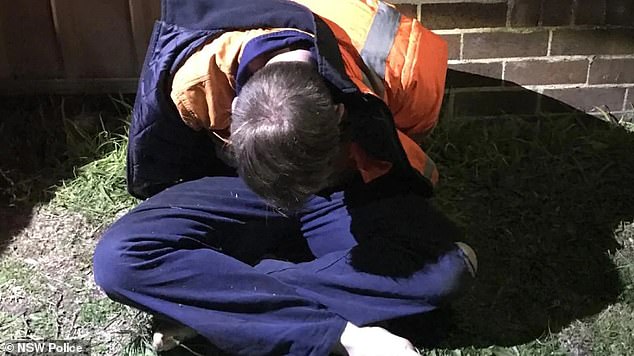 When police began to question Eade, her boyfriend (pictured) blurted out: ‘Wait, wait, it’s all mine. My missus had nothing to do with it.’ 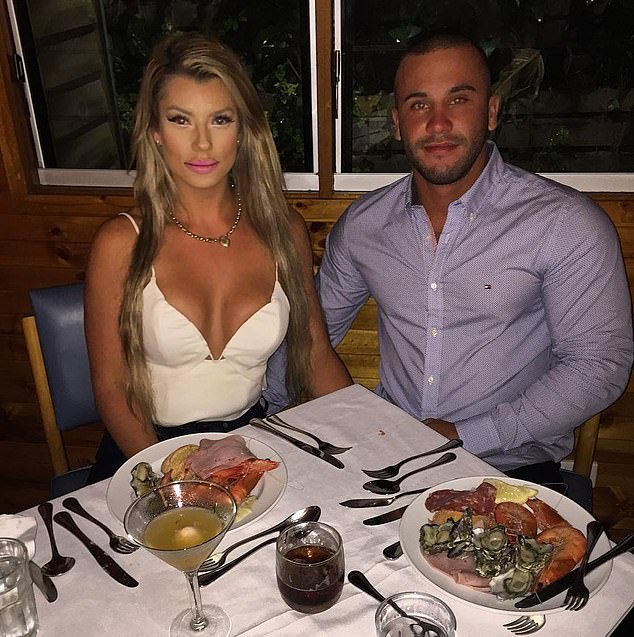 Shaw was sentenced to a minimum four years prison last September, while his topless waitress girlfriend Natasha Barlin (left) received a three month ICO for her role in importing steroids

Vitale received a minimum one year and eight month sentence, but with time served was released on parole in late-March.

Eade – who has given birth to the couple’s second child since her arrest – vowed she would not re-offend during a court hearing last month.

‘I’d personally like to say how deeply sorry I am for what has led me here today,’ she said.

‘It (jail) was definitely a big wake-up call — somewhere I don’t want to go back again.’

She received a two-year intensive corrections order, formerly known as a ‘suspended sentence’.

As part of the conditions of the order, she and her children must live with her in-laws.