‘This must be a joke’: Sydney FC sparks outrage after offering an UNPAID ‘strength assistant’ position that required the successful applicant to work seven-hour days for nine MONTHS

Sydney FC has been forced to withdraw an advertisement for a unpaid position that required candidates to work seven hours days for nine months.

The club sparked widespread outrage after it advertised the role of ‘Sydney FC Voluntary Strength and Conditioning Assistant’ this week.

The successful applicant would assist with psychotherapy screenings, conduct programs for athletes in the development squad and set up post training recovery protocols.

Essential requirements included a sports science or a similar degree, with the club asking for a ‘highly motivated’ person with a ‘strong work ethic.’

‘The state of this. Sydney FC is looking for unpaid workers with degrees, 6.5 hours daily for 3-4 days a week,’ a Facebook group posted.

‘They literally want a thousand hours of unpaid work.’

‘This can’t be real,’ was among thousands of comments posted online.

‘Pretty sad considering the bank Sydney has behind them,’ another noted.

At third wrote: ‘We pay players, CEOs, coaches and physios hundreds of thousands of dollars yet a club of this calibre supposed to be No 1 in the country wants a fully qualified fitness and conditioning coach for free.’

‘When they over spend on the players and then can’t afford to pay for the staff they need,’ another person joked.

Others suggested it was standard industry practice to offer voluntary positions to graduates or students. 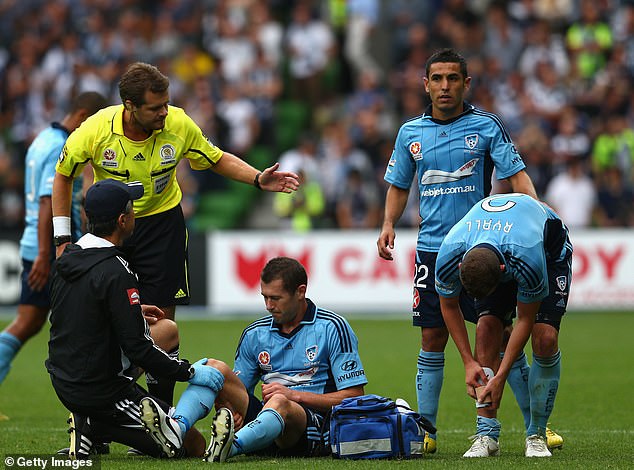 The work involved assisting with psychotherapy screenings, conducting programs for athletes in the development squad and setting up post training recovery protocols (stock)

‘It’s the only way to have a chance of making it in the professional sporting industry unfortunately… I did pretty much that for a year-and-a-half,’ one said.

‘Unfortunately this is how exercise science graduates are treated,’ another wrote.

Amid the furious backlash, Sydney FC announced that it was removing the position.

‘Thanks for your responses and comments,’ it replied to the post.

‘We take our responsibilities in this area very seriously and have removed the position while we review it internally. Thanks, SFC.’