An alpaca found itself in a strange situation this week after it became stuck in a muddy dam, unable to wriggle free.

After the alpaca, named Magnum, become stuck a NSW Fire & Rescue crew were called to the dam in Londonderry, in Sydney’s north-west, early on Sunday morning, 9News reported.

Station Officer Bill Smith said the crew soon spotted the animal standing in the dam with mud up to its waste. 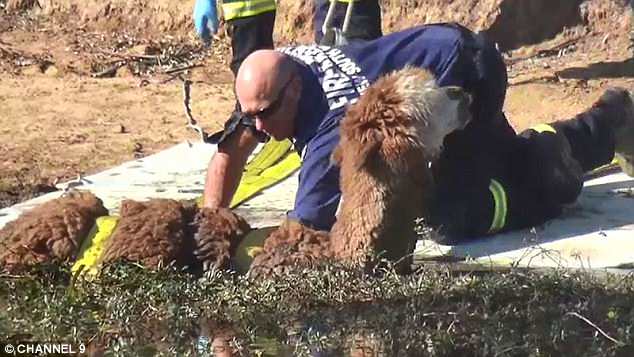 Images of the rescue show a crew of eight pulling on the ropes tied around the alpaca’s body to heave it out.

Magnum appeared quite claim during the ordeal and was even pictured chewing on grass throughout the rescue.

However, it’s owner, Brock Cauchi said Magnum had probably been stuck in the dam for hours and was quite stressed.

‘He was really stressed at the time, but he’s out and running around,’ Mr Cauchi said. 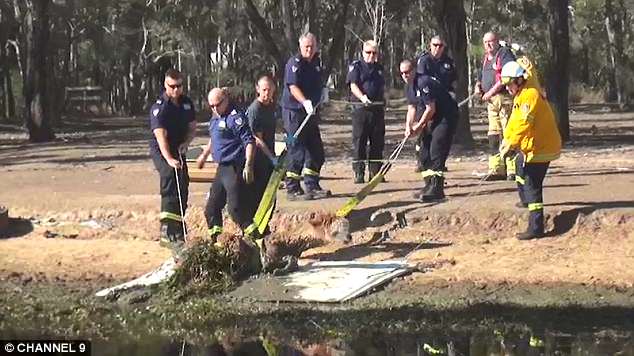 Mr Smith said the team had accomplished the rescue smoothly.

‘It was a successful rescue,’ he said.

Magnum appeared to be in good health after the rescue but will be checked by a vet.

Owner Brock Cauchi was given the animal as a 14th birthday present in 2011. 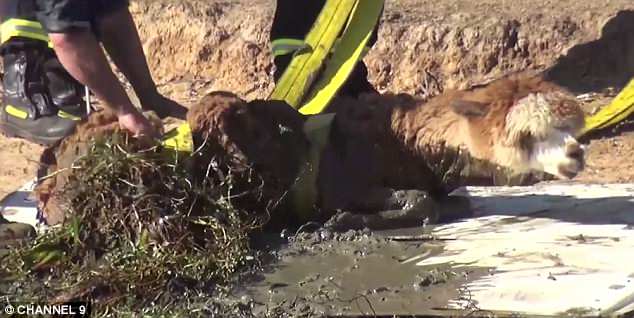 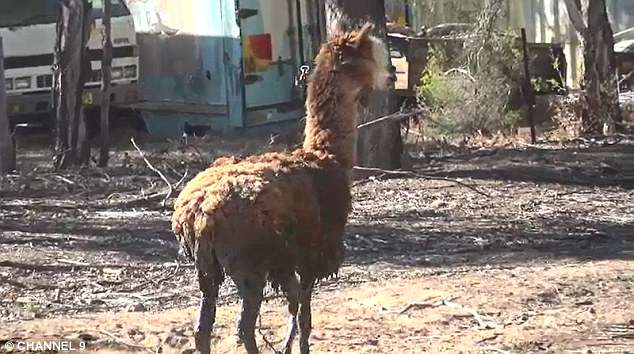